CATI unveiled the new Alaris30 3D printer manufactured by Objet Geometries at the 2008 Pack Expo show in Chicago to great reviews by attendees.  Throughout the five day exhibition the printer was building parts during show hours and it was fun to watch people stop in their tracks to get a closer look.  The reaction reminded me of the good 'ol days when stereolithography was first introduced and people crowded around to look at this "new" technology.  On more than one occassion attendees along with exhibitors brought colleagues back to the booth so they could see this technology in action.  Three parts in particular had the most impact.  Most of you have seen the working "brain" gear where you move one gear and all the gears move.  Most prototyping machine manufacturers have this on display however we displayed our "brain gear" where the largest gear was .600" in diameter tooth to tooth with the inside diameter a mere .200".  The second part was a working assembly called the boxer engine.  Turn the handle and all parts move.  Finally everyone couldn't believe the bicycle chain.  Some watched the part building one day and me standing there moving the chain the next.  All of the parts were printed as one with no assembly required!! Please view the blog picture. 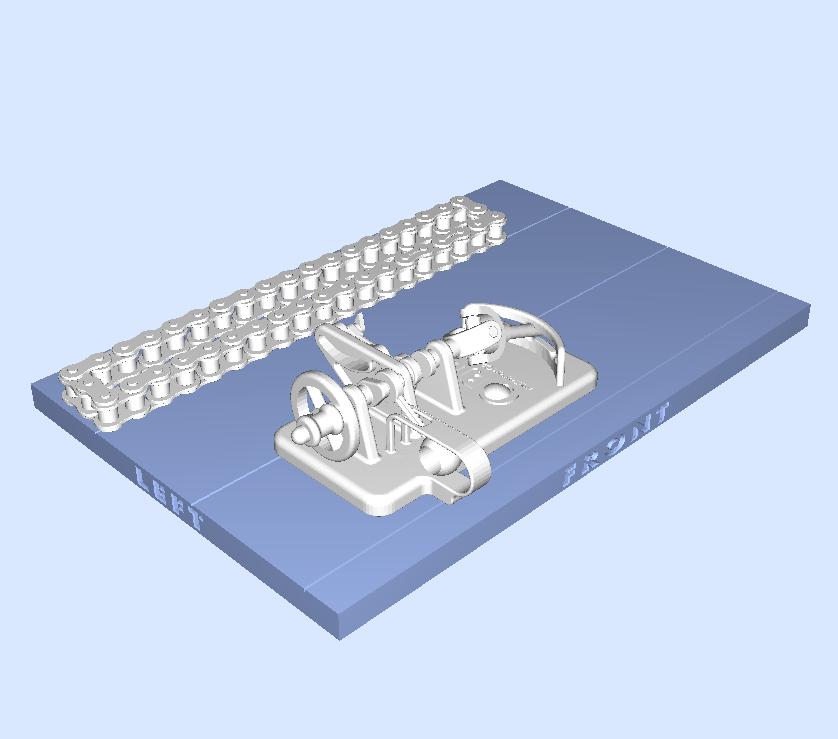 How 3D Printing Gets Your Wheels Turning

Convert Files Fast and Free With This One Weird Trick!