In going through our support log this week I saw a question that had come up a couple of times and that was “How to set a sub-assembly so that its movement could be reused in an upper level assembly?”

By default all assemblies when inserted into another assembly are set to rigid, meaning the sub-assembly acts as a single unit and its components do not move relative to each other. If you want to be able to reuse that sub-assemblies movement in an upper level assembly you can do this by setting the properties of that sub-assembly to Flexible by: 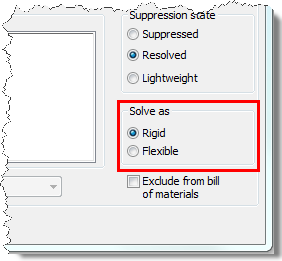 to indicate the status of the sub-assembly.

Teaching Kids How to Fling Stuff! With SOLIDWORKS and Trebuchets

What is 3DEXPERIENCE SOLIDWORKS?