Here we are, the spring of 2017 in full swing! I know we briefly looked at this in the what’s new for SOLIDWORKS 2017, but let’s take a little deeper look at one of the best and least talked about features in the 2017 release.

Reliability. Is it all in the eye of the beholder? Although there may be controversy amongst users on this subject, in the past, it mostly all depended on who you asked. Let’s face it, there are many things to consider, hardware, software, service packs, drivers, workflows, and even user errors. One thing we can all agree on is that reliability is one of the most important issues many of us face. What can we do about it? What information is useful and how do we get it?

Well, as mentioned above, in the past it was not as clear. Yes, over the years, SOLIDWORKS has made improvements by way of the Rx problem capture. Now we also have a new tool, well a report, which gives us the ability to see the past 60 days of activities on your machine. If you have been inside SOLIDWORKS Rx lately you may still not have seen it, as it is way towards the end. Take a look: 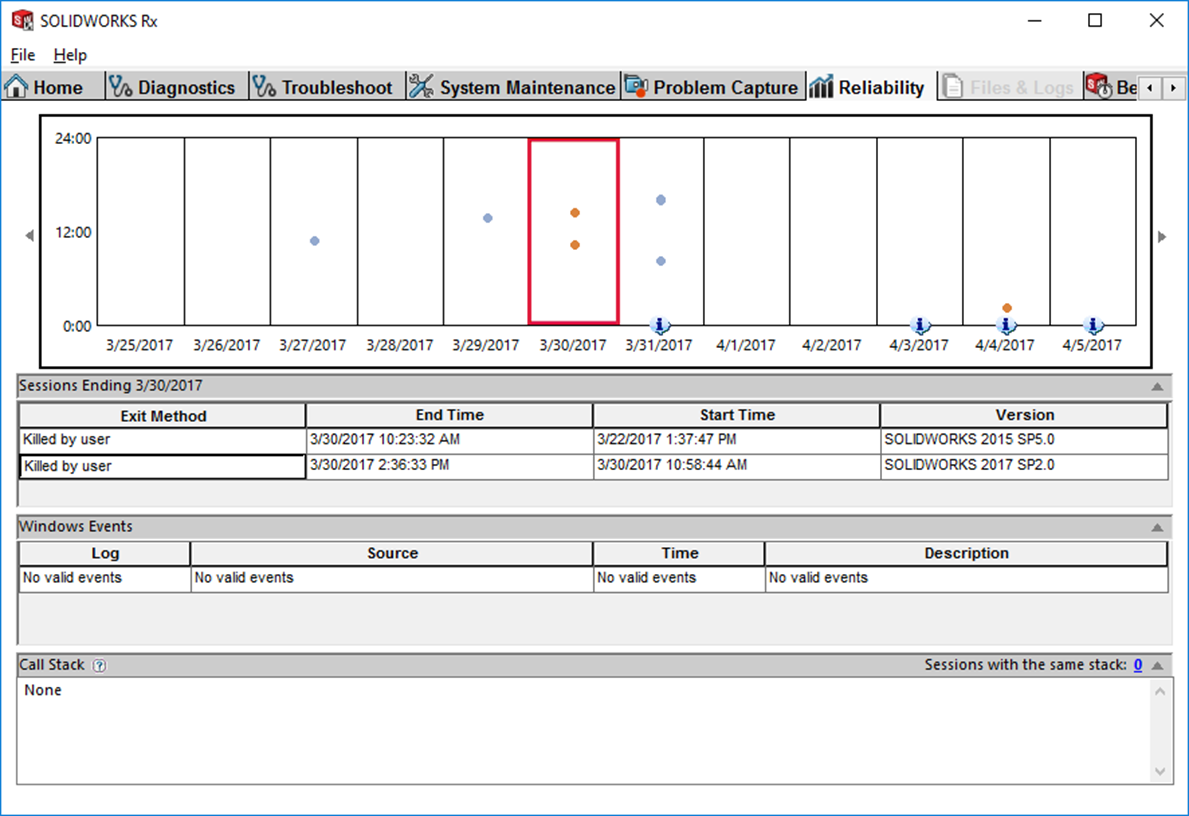 In the above image, notice the colored dots, each of these represents a SOLIDWORKS session. Here the orange dots indicate that, uh, I have no patience some days…or SW was really no longer in the land of the living. The whole color code goes like this:

Let’s get some help from the SOLIDWORKS Help menu for more information on our colorful dots!

For sessions that were terminated by a user or were terminated unexpectedly, the Session Ending section lists Windows events (for example, driver crashes or network failures) that were logged 5 minutes before termination. Click the arrow in the title bar to expand or collapse data.

For sessions that terminated unexpectedly, the Reliability tab displays a call stack of that session. A call stack is a list of calls made by the software before it terminated, with the module and memory address of each call.

This section displays how many sessions in the past 60 days have the same stack. Click the number in Sessions with the same stack to display this list. This data can help you or your VAR identify persistent issues that might be causing the software to terminate.

Here is an example from my machine. So I actually had to go back a ways to find when SOLIDWORKS exited the building (notice this also tracks previous versions!!). 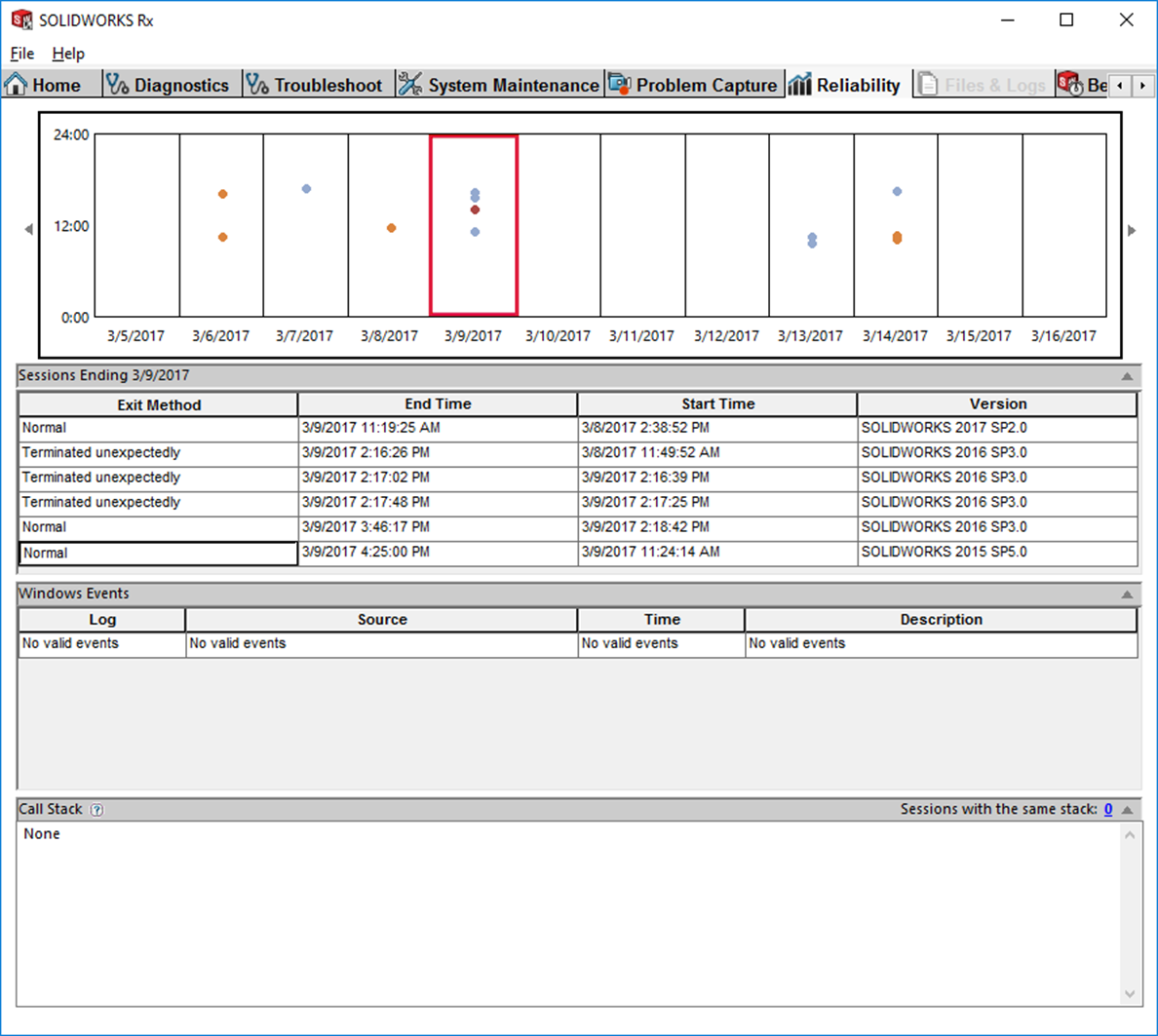 As you can see on that day SOLIDWORKS 2016 and I had a rough going for a little bit. On the bright side, it does appear that there was more information than can help ease the number of expletives used that day. Maybe even an explanation of what happened that may cure that %&$#@!! Crash. Also, you might notice that there are a lot more blue dots than you remember, as it is easy to forget when things go well.

The tab also lists data on Windows installation events, including installation of Windows drivers and patches whether you did or did not want them. And as an added bonus we’ll even include that information when you create a SOLIDWORKS Rx Problem Capture!

The Importance of Backing up your SOLIDWORKS Files

How to set your SOLIDWORKS Spin Box Increments on the fly…