Double Click and Nothing!!!! when I try to change references. 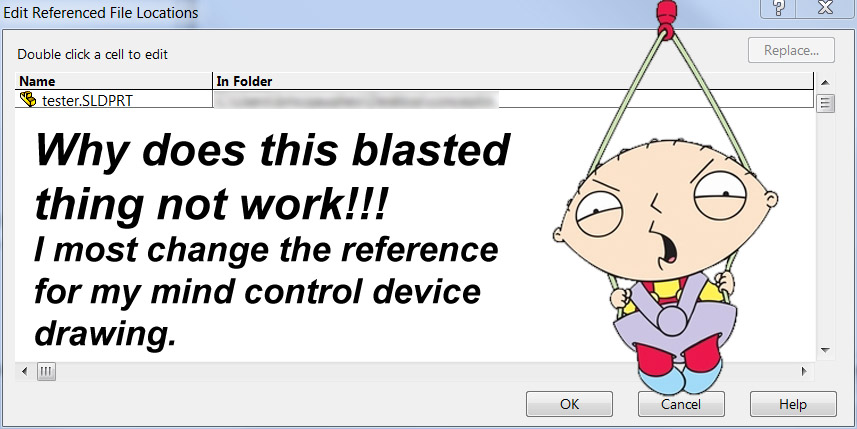 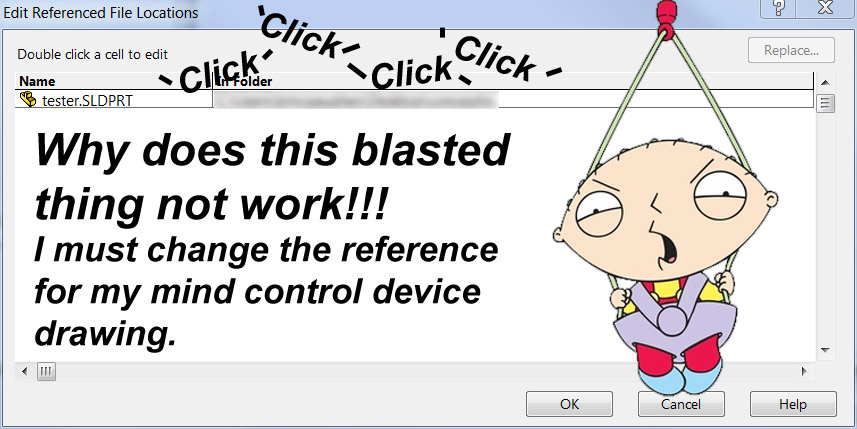 Stewy, Chill!!! On the Support line, we have been getting reports of users not being able to double click and browse to a file in the Edit Referenced File Dialog. Yes young Mr Griffin there is a way to fix it. It is actually a new undocumented functionality in SOLIDWORKS 2009 SP 5.0 and SOLIDWORKS 2010 SP 1.0, which went over like a ton of bricks. So, the functionality was for you to hold your Ctrl Key and then double click on the selected file name and then the browse for file dialog would come. Do not worry friend, the user base responded very quickly to this change and SOLIDWORKS will be placing things back to their previous functionality of just double clicking. For a SOLIDWORKS 2010 user you will get this in SP2.0 slated for Q1 release. And for those of you still on SOLIDWORKS 2009 SP 5.0, you will be getting a Hot fix (Yes you heard me, a HOT FIX) shortly there after. Until then child if you are 2009 SP5.0 or SOLIDWORKS 2010 SP1.0 you'll have to hold that control key before you double click on edit reference files, and Stewy…nice bounce around.

Why does my EPDM calculated BOM change?

Jigs and Fixtures: 3D Printing on the Factory Floor