Throughout the years, almost all of our customers have asked at one time or another, "Can I open files from the newest version of SolidWorks into a previous version?" The answer has always been, "No. The latest version of SOLIDWORKS uses newer technology that is not compatible with the older technology of previous versions of SolidWorks." As a result, customers have had to be careful when they upgrade to make sure that they stay compatible with their customers, suppliers, and internal teams. Well, the most asked for enhancement is finally here! 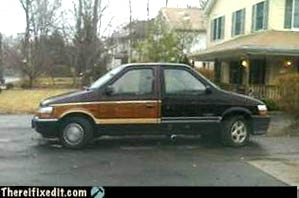 Starting with SOLIDWORKS 2013, SOLIDWORKS files are backwards compatible! With previous release interoperability, you can collaborate using a mix of SOLIDWORKS 2013 and SOLIDWORKS 2012 (SP5). Files can be opened directly and associativity is maintained. That's right. You do not have to export and import files!

HOWEVER… You Always Have to Read the Fine Print

Further, here are some things that YOU CAN and CANNOT do in SOLIDWORKS 2012 SP5:

• Mirror and pattern components from SOLIDWORKS 2013.

• See and reference default planes and origins of the SOLIDWORKS 2013 part or subassembly.

YOU CAN create drawings of SOLIDWORKS 2013 parts and assemblies in SOLIDWORKS 2012 with some limitations. YOU CANNOT insert model items or access FeatureManager design tree data such as weldment cut lists and weld beads.

In conclusion, SOLIDWORKS has tried very hard to provide the functionality that its customers request. SOLIDWORKS 2013 does allow backwards compatibility with SOLIDWORKS 2012. Because this new feature certainly has its limitations, it is still going to be up to the individual user and company to decide when the best time to upgrade is. Hopefully, though, this will help everyone decide to upgrade much sooner and take advantage of the latest and greatest version of SolidWorks.

Can you create a drawing of a virtual part in SolidWorks

How Do I Complete a Simulation Drop Test?