“I was working on an assembly in SolidWorks and when I tried to rotate the part/zoom to fit, the entire assembly disappeared!”

This is one of the more common problems that I have encountered while working support.  There are many reasons this can happen; mates or the lack thereof, nothing is fixed, everything is floating or perhaps just a bug in the system.  Regardless to the reason this happens, there are easy ways to fix it.  In this case, the assembly was originally as shown below, 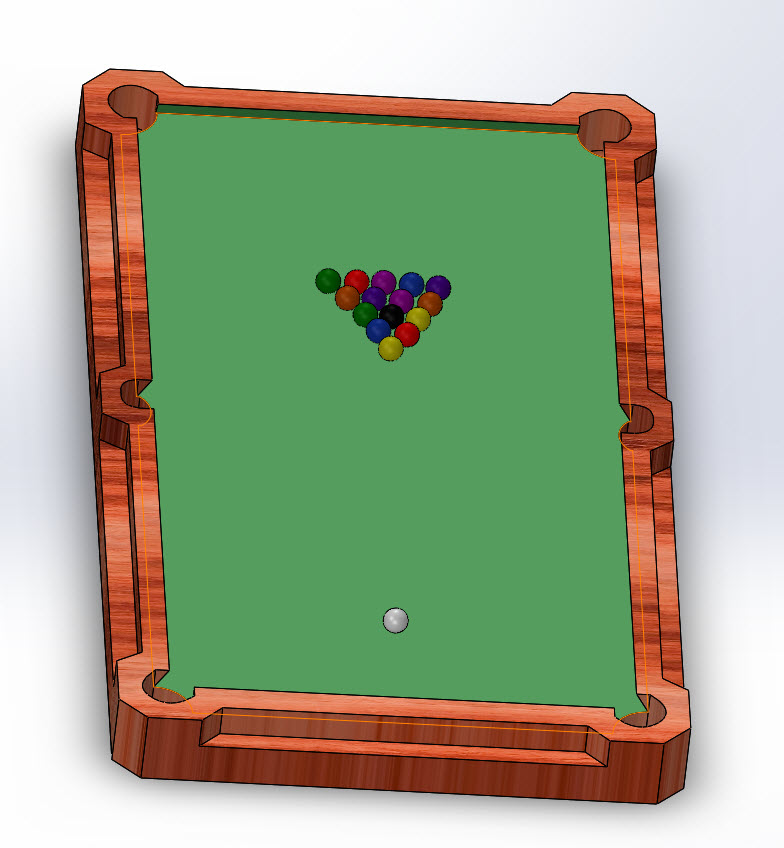 Later on when opening the assembly it can be apparent that something is wrong.  In this case, the assembly now looks like this, 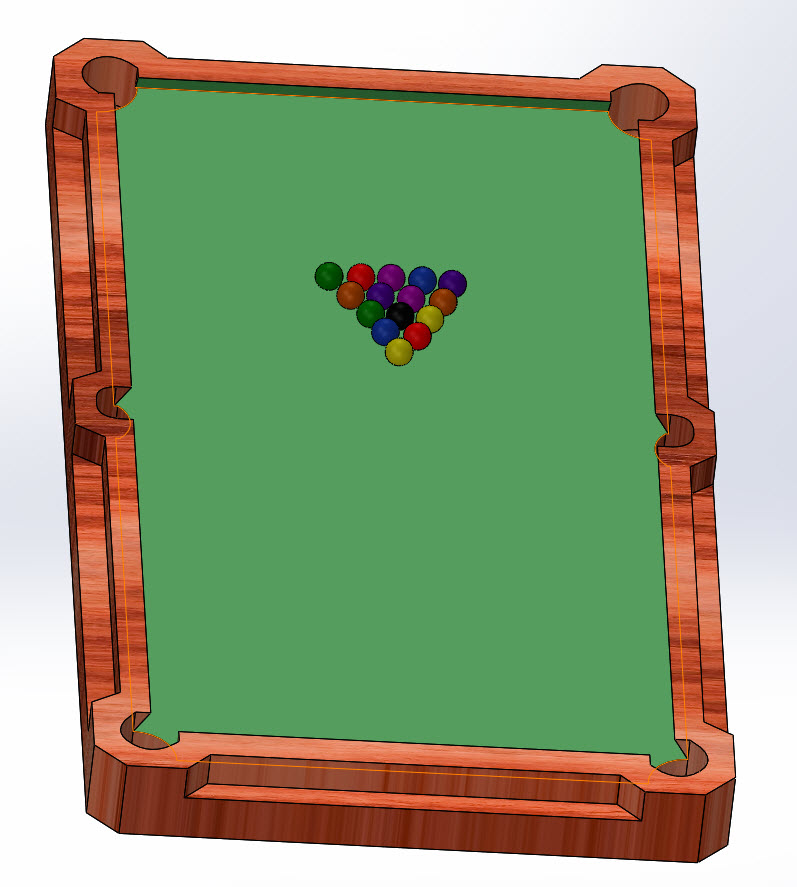 If I’m paying attention, I’ll see that the cue ball is missing.  Unfortunately, the missing part/parts are sometimes internal and not so easily missed.  When trying to rotate this assembly, everything disappears completely.  The same happens when zoom to fit is attempted.  There is one very easy way to locate the missing parts.  By right clicking on any part except the first which is fixed at the origin, the option “Move with Triad” should be selected.  If this is not shown, click the double arrows at the bottom and choose “Customize Menu” at the bottom.  This will allow you to place a checkmark next to “Move with Triad” so that it will always be there when right clicking on parts. 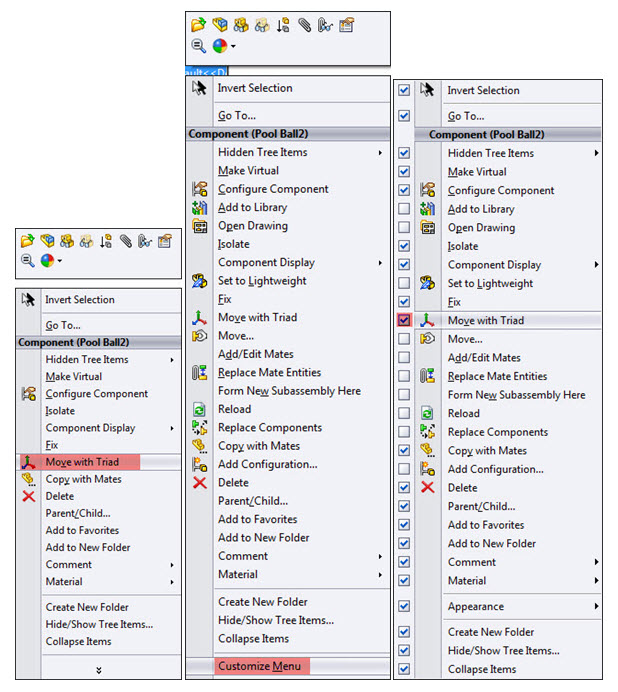 Using this command, each part in the assembly can be located as shown below.  The Triad will always stay the same size no matter how much zoomed in or out you are.  The first picture shows where all of the remaining parts are located, while the second picture shows where the missing part is. 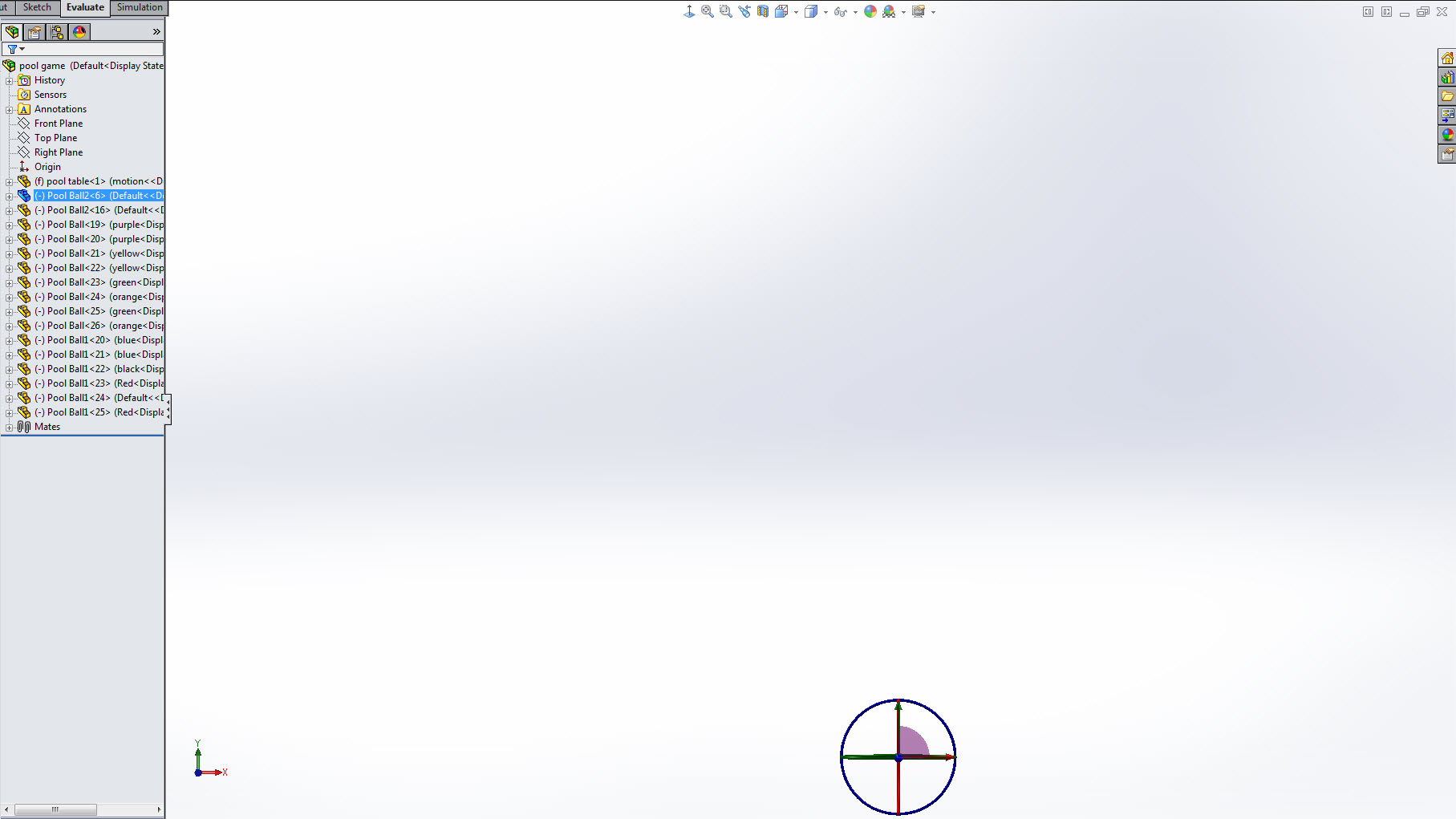 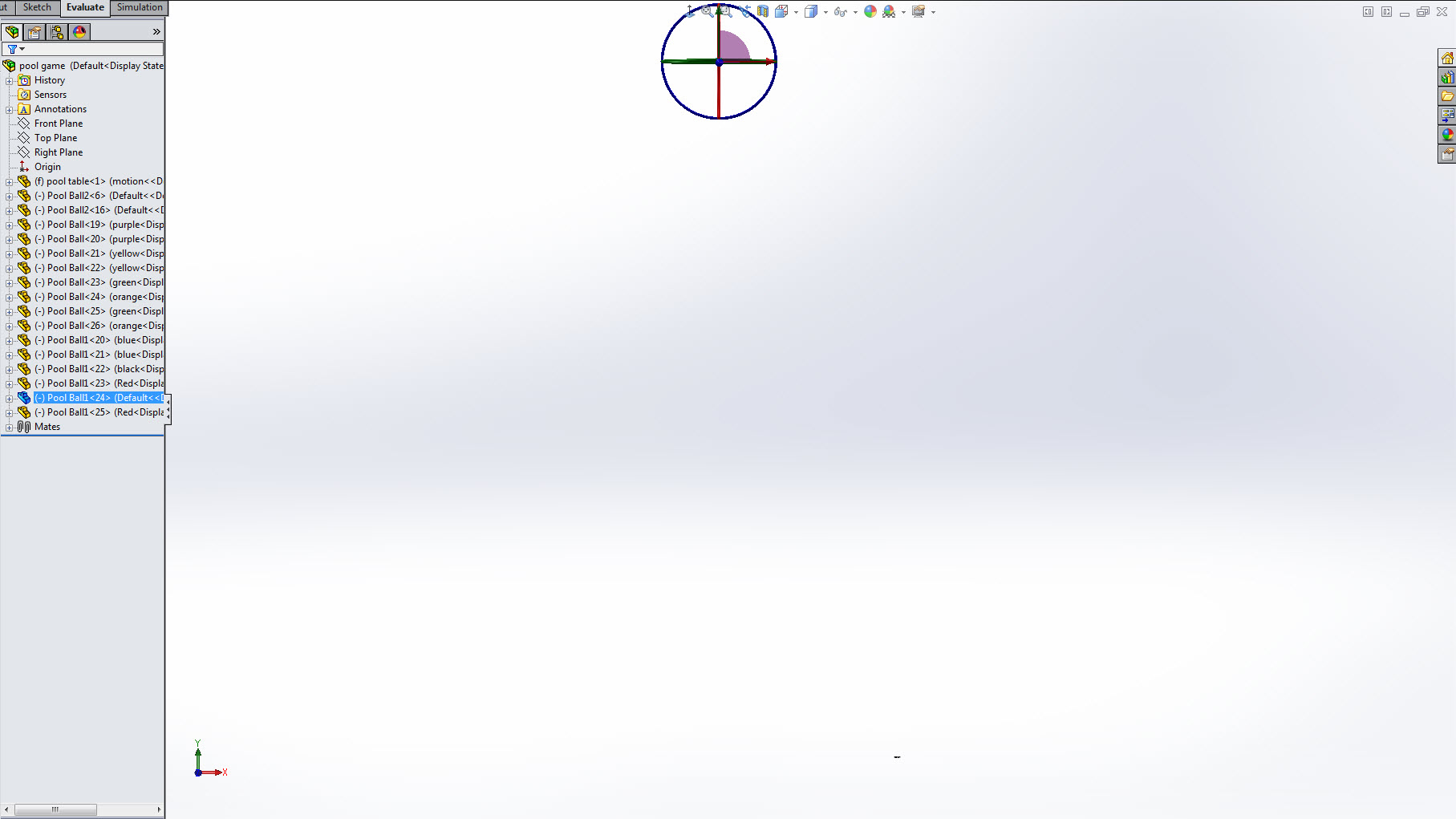 It is important to check every part as there might be more than one missing, likewise the missing parts might not be in the same location.  For curiositys sake the distance from the origin can be measured.

In this case, this ball is now over 12 kilometers from the origin.  To move it back, the Move with triad can be used, mates can be used, or simply deleting that part and then reinserting it.  Each method works differently but can all be used to fix this problem.

Numeric Sketch Input – No A key?