If you have been using Microsoft Windows or OfficeTM for any length of time, you should know there are a plethora of keyboard shortcuts to help improve efficiency. Most of these shortcuts start with the “CTRL” key. (i.e. CTRL-O, CTRL-S, CTRL-Z etc.) What many people do not know is there are many other predefined keyboard shortcuts that begin with the “ALT” key. The reason for this is that it’s likely easier to find the CTRL key and there is little documentation available.

To start it’s a good idea to learn what keyboard shortcuts are already defined in the SOLIDWORKS 2017 software. With the software open, create a new file with any template. Then click on the menu item Tools – Customize or the dropdown next to the “Gear” icon.

Then select the “Customize…” item from the menu.

This will open the Customize dialog for the customization of most of the user interface. Click on the tab marked “Keyboard”, the select from the “Show:” dropdown, “Commands with keyboard shortcuts”. 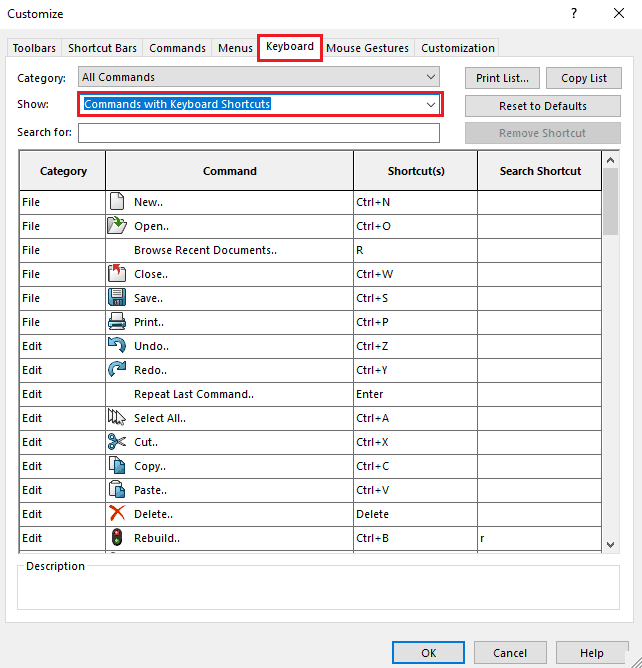 You may further filter this list by adding “Alt” into the “Search for:” area. Unfortunately, there will be nothing in this list, because the uses and contexts can’t be documented in this fashion.

Now let’s concentrate on the “ALT” key specifically. SOLIDWORKS 2017 has implemented the default behavior of the “ALT” key from the earliest versions of WindowsTM. When holding down the “ALT” in any context of SOLIDWORKS 2017, look at the menu items at the top of the window. Notice that the first letter if each menu item has been underlined (F, E, V, I, T, W, H). If any of those letters are pressed, the menu will open and each item in the menu will have one letter underlined, then within each submenu as well. Using this method, you could navigate to almost any menu item without ever touching the mouse. But who wants to memorize all those letters? Besides many of the menu items also have their own keyboard shortcuts like ALT – F – O – enter is the same as CTRL – O. This is only mentioned because of thoroughness and to know which keys to avoid when creating custom shortcuts.

Pressing the “ALT + Z” key will open the “Copy Settings wizard”. This is valuable for saving any user interface settings or custom keyboard shortcuts. It is also a great way to flow from solid modeling to surface modeling as long as there are no parts open in SOLIDWORKS (See blog article here). 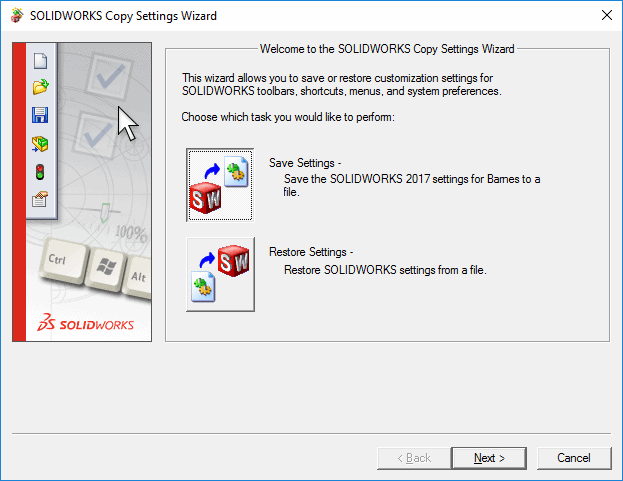 Using the “ALT” key with the arrow keys or with the middle mouse button will rotate the model parallel to the screen.

Using “ALT” + Click on the Orientation triad will rotate the model about the axis selected by the Arrow keys increment specified in Tools > Options > System Options > View. Using “CTRL-ALT” + click will reverse the rotation direction.

Pressing the “ALT” key while rotating the middle mouse button within the Magnifying Glass will section the view.

Using the “ALT” button when the View selection cube is visible will allow the selection of the back faces of the cube.

To modify a dimension incrementally 1/10 of the “Spin Box” increment setting:

When pressing the “ALT” key while editing a sketch the mouse pointer will change to allow for “Contour Selection”. 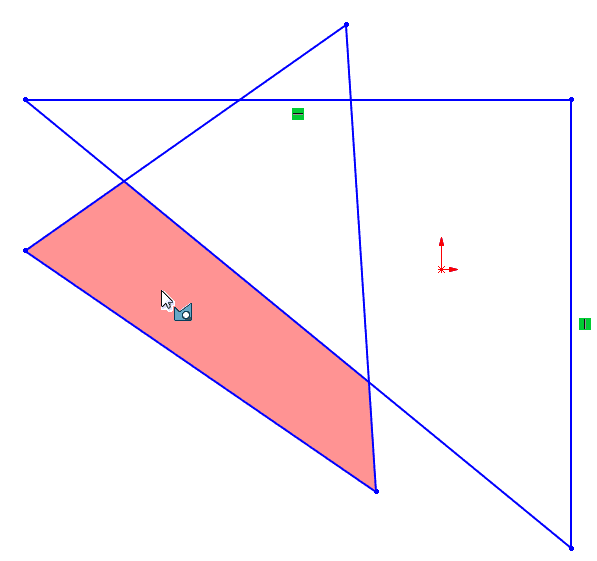 If a sketch entity is selected while editing a sketch, then “ALT-C” is pressed the item will toggle from solid to construction and vice versa. For instance, this horizontal line:

NOTE: This is not actually a shortcut key but an application of the “ALT” key to add or remove a check-mark in the option of the item property for “Construction Geometry”. 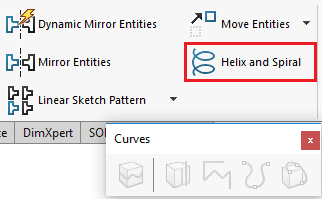 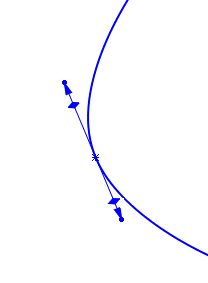 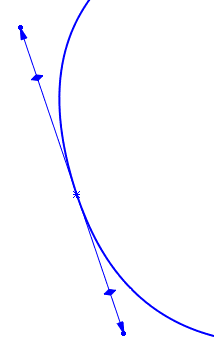 To add an appearance by dragging it from the Task Manager with “ALT” key pressed the Appearance Manger will open to allow for hierarchical application and addition of other items like faces, bodies, parts or subassemblies.

You can use the “ALT-drag” technique to create “Smart Mates” within assemblies and subassemblies. If you add the combination of “ALT-CTRL drag the part will be copied, then the “Smart Mate” is created. 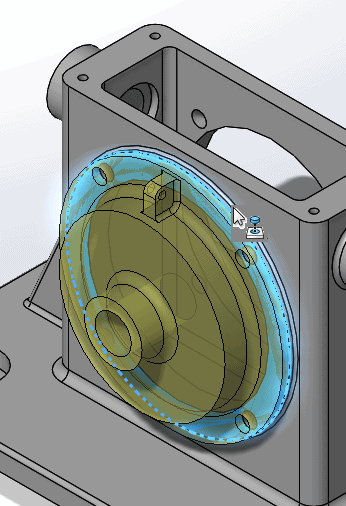 Using “ALT drag” to align the center of the “Triad” during an Explode or a Move operation”. 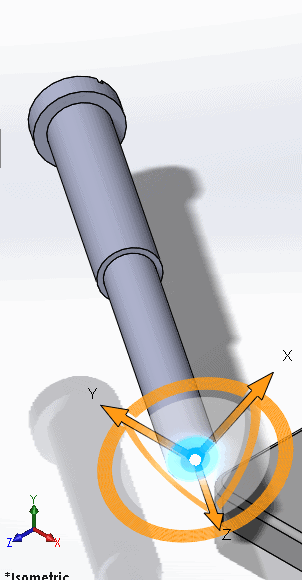 Moving components and subassemblies within the Feature Manager Tree, pressing the “ALT” key will keep the item from joining a subassembly.

Normally in an assembly using the RMB – drag will rotate the component, but by using “ALT – RMB” drag the mouse gestures will appear.

By using the “Alt-drag” method within a drawing you can move annotations within a group to another location without breaking the group.

Select anywhere on a table while pressing the “ALT” key and move it to another location.

Select anywhere on a view and move it while holding down the “ALT” key .

Pressing “ALT” when placing a dimension will turn off automatic alignment in a drawing.

I’m sure that there are more examples that could be provided by some of the seasoned SOLIDWORKS users out there. Please feel free to add your comments to this blog. Or if you have more tips about using the “ALT” key in SOLIDWORKS, please add those as well.

The Truth About SOLIDWORKS Auto-Recover

One comment on “SOLIDWORKS: “ALT” the Under-Used SOLIDWORKS Shortcut Key”