How to Make Threads in SOLIDWORKS: Basic and Custom

How to make a thread in SOLIDWORKS – Basic

To make a thread in SOLIDWORKS we can simply to go Insert > Features > Thread. We then choose an edge of our model and go through and populate our thread specifications. Once we’re done doing that, we can hit the green checkmark and there are our threads. It really doesn’t get any easier than that. 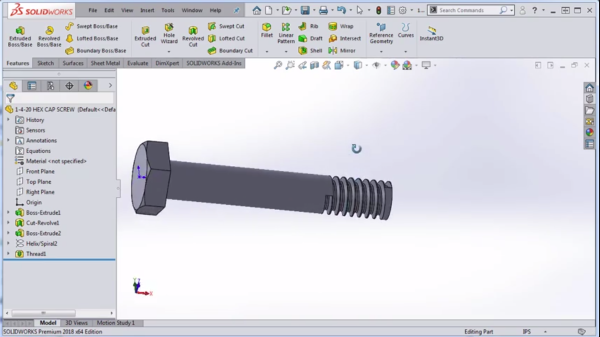 But a lot of users want to know how to create their own threads in SOLIDWORKS by sketching their own profile and doing a sweep cut.

How to make a thread in SOLIDWORKS – Custom

To do this we’re going to start off with the helix we created in my previous blog as we were modeling this hex cap screw. Go to the top plan and begin a sketch. Now, the reason we’re using the top plane is that when we created the helix, the helix ended at zero degrees so that’s exactly where our top plane is. 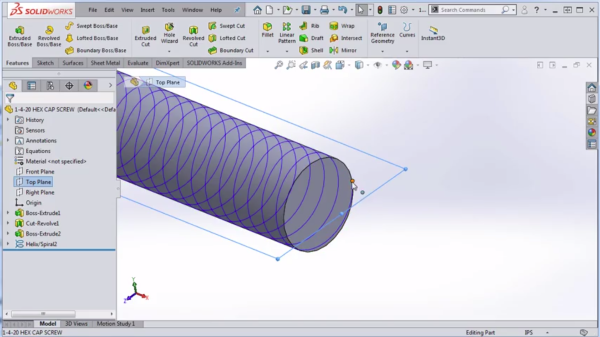 So we’re going to begin a new sketch on the top plane and now we’re ready to sketch the actual thread profile. This is where the real magic happens because there’s a lot of different techniques on how to do this, where should the plane be located, and ideally you’re going to stick the specifications in the Machinery’s Handbook – but if you don’t have those specifications or if you’re creating a custom thread, then you might have a little bit more play as for how you create your thread.

Personally, I like to create half of the thread at first and then I take the vertical line (as shown below) and make it for construction. Next, I’ll take a window selection of the entire sketch and select the Mirror Entities command which gives me the same thread profile on both sides of the center line. 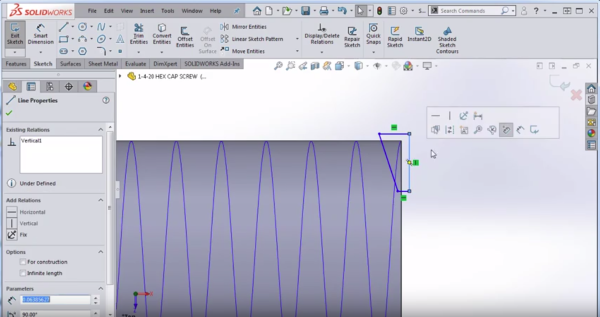 Next, I will take a point and put it kind of anywhere on the center line and then put a dimension from that point to the very top line. The reason I have that dimension there is because I want there to be a little bit of overlap between where the thread is cutting and the very outer most part of the shaft by just a few thou (maybe 0.003 inches). 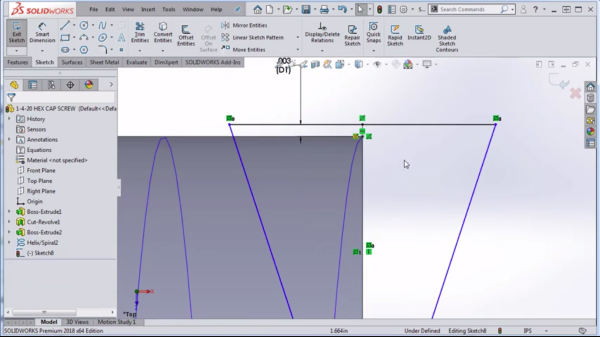 Now I’m ready to put in my final dimensions and say I want the distance from peak to peak to be .042 (the pitch is .050 so that should give me more or less than the ballpark). I[‘m going to make the flat at the bottom 5 thou just to get myself close. Reminder: I know these aren’t exactly the right numbers from the Machinery’s Handbook but I’m just trying to give you something close to work off of.

If I look at my spec sheet, it is .2127. Now that should give me something that looks pretty good for this cut thread and again, it’ll be up to you to make sure your numbers are exactly perfect. I’m just trying to get in there and show you how to make the sketch. 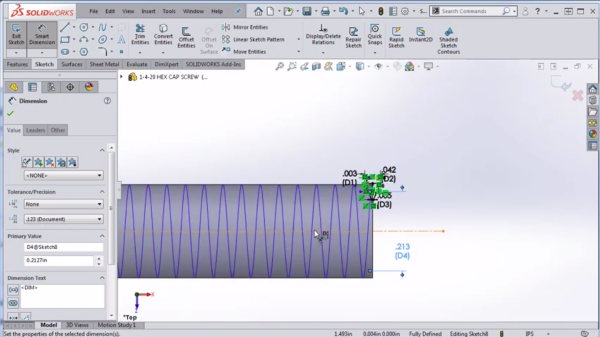 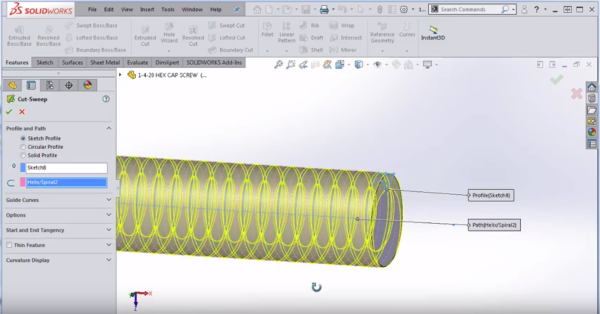 To create the lead in for this part up at the top, I like to create a simple cut revolve. You don’t have to do this with a chamfer, in fact, you might struggle to do it with a chamfer because there’s not really a clean edge there to chamfer off but you can do it quickly and easily by creating a simple triangle. To see how this done and a video demonstration of this entire process, be sure to watch the video below.

I hope you found this guide to be helpful on how to create threads in SOLIDWORKS. In my next blog, we’re going to talk about how to assign material to this hex cap screw. Stay tuned.

How to Make a Helix in SOLIDWORKS

How to Make a Screw in SOLIDWORKS 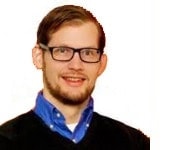 Toby Schnaars began using the SOLIDWORKS Software on the ’98 plus release, in October of 1998. Toby is currently a Technical Sales Manager at Dassault Systemes SOLIDWORKS. He has fielded over 10,000 tech support cases and been the head instructor for over 200 SOLIDWORKS training classes. Toby is a regular presenter at users groups, technical summits, and SOLIDWORKS world. In 2003, in Orlando, FL, Toby won first place in SOLIDWORKS MODEL MANIA a modeling contest based on speed and accuracy.