Scanning the Tallest Man in the World

Scanning the Tallest Man in the World

The Guinness Book World record for tallest man in the world was a man named Robert Wadlow from Alton Illinois who stood at 8 ft 11.1 in tall.  Since he died in 1940, I obviously did not get to scan him.  But courtesy of the Collections of the St Louis Science Center, St Louis, Missouri; I was able to scan one of his shoes.  For this scan I used the Creaform GoScan 20. 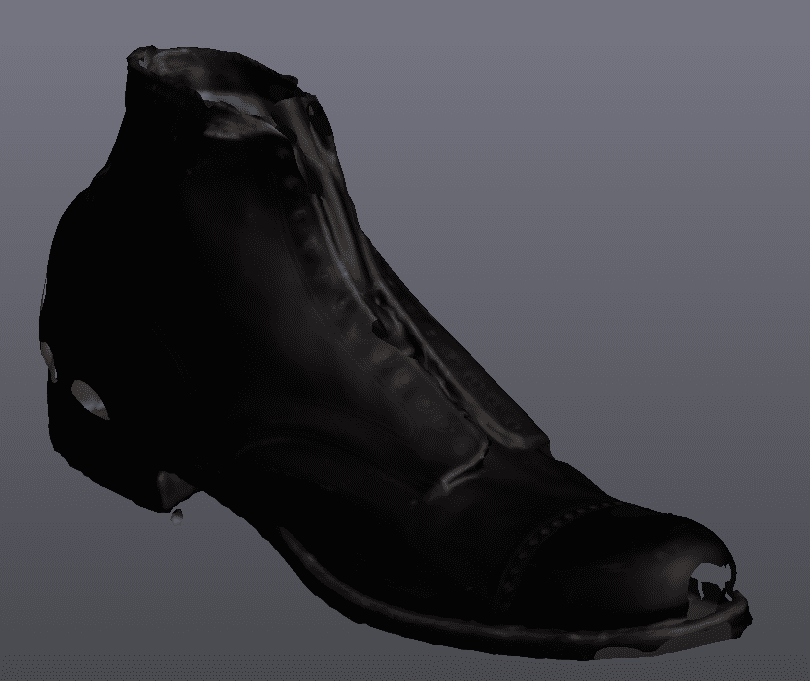 For this scan, the biggest issue was our inability to prepare it to be scanned.  Normally on anything that is deep black, especially since parts of the shoe still held a shine, I would have sprayed it with a powder to allow the scan to work easier.  As this is a museum piece, this was impossible.  I’m pretty sure I would have been tackled by half a dozen people if I had even brought the spray out, so I actually left in the office.  While the GoScan does not have the ability of the MetraScan to scan black objects, it does have an adjustable shutter.

After trying to scan it with the automatic shutter turned on and it not scanning very well due to the color of the surrounding, I turned off the automatic shutter.  Once I did this, the scans came in much better.  I had to delete more from the surrounding area when editing the scan, but I now had usable scan data.  As you can see in the above picture, there were still some holes in the scan that the GoScan still had trouble with.  As mentioned before, the MetraScan is much better with objects like this if they can’t be prepared with a spray of some sort.

Once I had scanned the shoe from different positions, I merged the scans together and sent the mesh data to VXmodel to repair the mesh and prepare the mesh to be printed or sent to CAD. 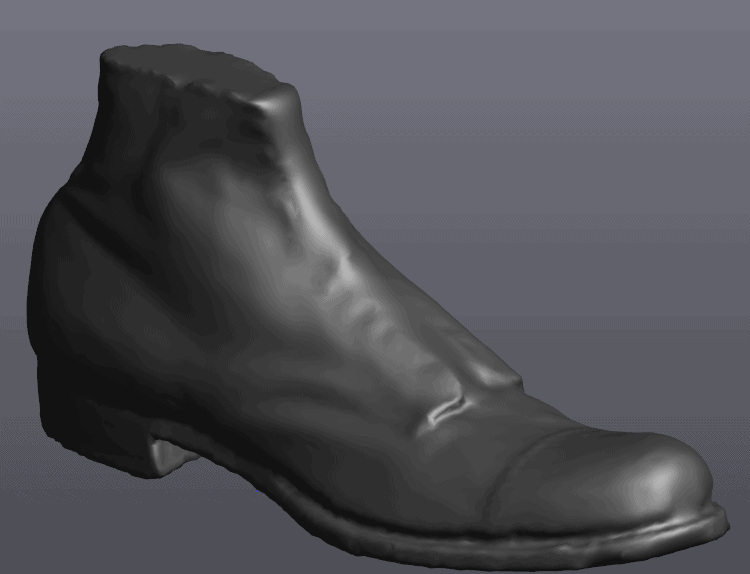 As you can see, the holes were able to be filled and the mesh made watertight.  Now an .stl file could be created that was ready to be printed and a surface created over the whole body that could then be transferred to SOLIDWORKS and manipulated there.

For any and all other questions regarding Creaform 3D scanners, contact Computer Aided Technology to get in contact with one of our local 3D scanning experts!