As I’ve mentioned in previous blogs, I’ve been a user of SOLIDWORKS for 18 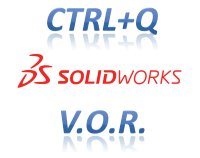 years and began teaching new and experienced users since 2001. Today we are going to examine two great tools in SOLIDWORKS that every user should know how to use, but many don’t:

These two tools share the same theme: They both generate a rebuild, which is more thorough and elaborate, but takes a longer time to complete.

CTRL+Q is a keyboard shortcut found in SOLIDWORKS software that is mapped to the command “Force Regen”.

What does this mean, and how is a “Force Regen” different from a standard rebuild?

To answer this question, let’s begin by examining a simple SOLIDWORKS model and its feature tree.

We are now going to change the dimension of the cylindrical boss height, but we will not rebuild the model. 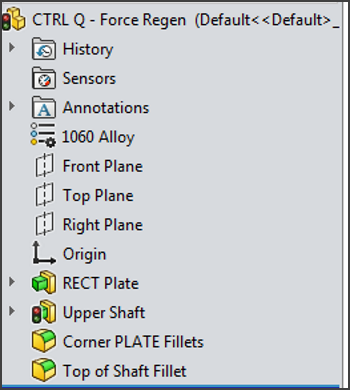 Figure 3: The SOLIDWORKS feature after changing a dimension but before rebuilding the model

In Figure 3 we can see that the SOLIDWORKS software is indicating that the model needs to be rebuilt.  We changed the dimension representing the height of the cylindrical boss, but we did not rebuild the model. The rebuild light next to “Upper Shaft” indicates that this feature has had a dimensional change.

At this point, we can choose to rebuild using a standard rebuild or using a “Force Regen” 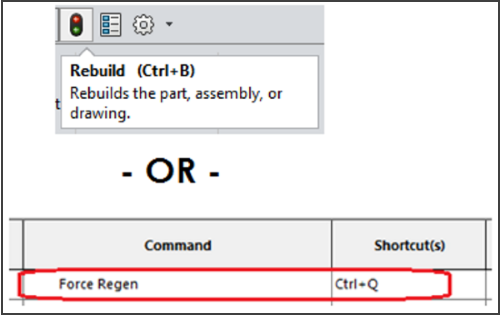 Figure 4: Using CTRL+B or using CTRL+Q to rebuild the model

So what’s the difference between a standard rebuild (CTRL+B) and a “Force Regen” (CTRL+Q)?  To answer that question we will look back at Figure 3.  As we can see in Figure 3, only one single feature is tagged with the rebuild symbol (the red and green traffic light).  If we use a standard rebuild (CTRL+B) this feature will be rebuilt, and its children will be rebuilt.  Therefore the feature named “Upper Shaft” and its child feature “Top of Shaft Fillet” will both be rebuilt.  However, the remaining features in the tree will not be rebuilt.  On the other hand, if we use a “Force Regen” (CTRL+Q), the entire feature tree will be rebuilt starting at the top of the tree and working all the way down.

When we look at the help file it says this about CTRL+Q:

Figure 5: An excerpt from the SOLIDWORKS help file

As the help file mentions in Figure 5, CTRL+Q will do a more elaborate rebuild of your model, but it can take a significantly longer time for the rebuild to complete, especially with a more complex model or a model with a high number of features.

CTRL+Q rebuilds the entire model from the start of the tree, and because of this, it can be a great troubleshooting tool.  Sometimes in tech support, we get mystery issues from our customers, and a common first step to resolve these issues is to do a CTRL+Q.  One example of this would be a drawing file which has linked notes in the title block, and the linked notes are not properly updating from the model which is driving the values of the notes, even though the customer does a standard rebuild.  In a situation like this, using CTRL+Q can often resolve the issue and force the notes to update with the correct values.

Although CTRL+Q takes a longer time to complete, the “Force Regen” can often resolve issues within SOLIDWORKS that a standard rebuild can miss. My advice is to utilize CTRL+Q as your default rebuild command for every rebuild.  However, if your model begins to get more complicated and the rebuild time starts to become exorbitant, consider switching over to a standard rebuild.

Figure 6: An excerpt from the SOLIDWORKS help file

As you can see in Figure 6, similar to CTRL+Q, using V.O.R. will generate a more elaborate rebuild/error checking routine, but this can cause the rebuild process to take significantly longer.

Let’s take a look at another model to illustrate an example of where having V.O.R. enabled could make the difference between a model generating an error, or missing the error and generating invalid geometry.

Figure 7: A SOLIDWORKS model with a rectangular cut which is patterned

As we can see in Figure 7, we have created a shelled box and added a small rectangular hole to the rear wall in the upper corner. We then created a linear pattern of this rectangular hole, in two directions, for a total of 16 holes each with four faces. This leaves us with a total of 64 cut faces on the rear wall.  We are next going to create a fillet on the front edge of the model as follows: 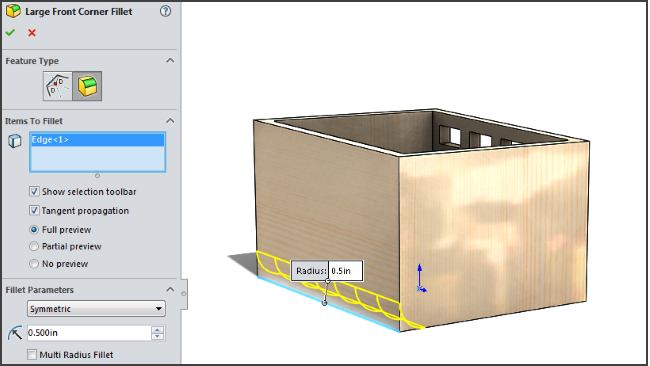 Figure 8: Adding a fillet to the front lower corner of our SOLIDWORKS model

Now that we have a model with several faces and we are adding a new feature, we can discuss the impact of the option VERIFICATION ON REBUILD or V.O.R.  If we look back at Figure 6, we can see that when we add this new fillet we can choose between the following error checking:

Check for errors against every single face on the entire model

In the case of our model we have 64 faces representing the cut faces on the rear wall of the box. The new fillet we are creating is on the lower front corner of the box and is nowhere near these 64 faces.  Therefore, an argument could be made that doing error checking against these rear faces would be a waste of time and CPU processing during the rebuild of this model. If we came to that conclusion, we could turn off V.O.R. by going to our system options and unchecking the following option: 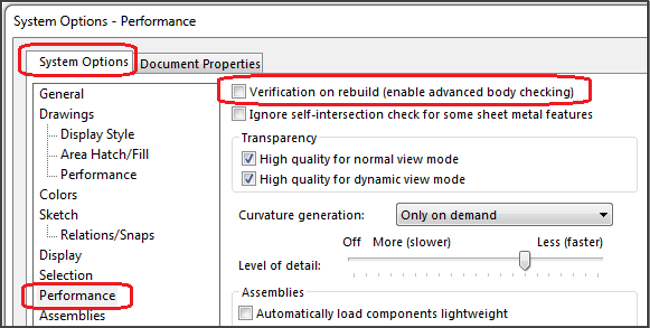 Figure 9: Turning off the option for V.O.R. in our System Options

With the option for V.O.R. turned off, our rebuild times will be much faster since we are only checking for errors against adjacent faces to the newly created feature. However, it is possible that we will create a situation where the geometry created will be invalid, and this invalid geometry will be missed when V.O.R. is turned off. An example of that would occur if the fillet was created with a large enough radius that it would intersect the front lower inside corner of the box, as is shown in the following image:

As we can see in Figure 10, we have created a model with invalid geometry. The radius in the lower front corner of the model is so large that it is intersected by the inside corner of the box. However, the faces of the inside corner of the box are not adjacent to this newly created fillet feature. With V.O.R. turned off, SOLIDWORKS will not do error checking against faces that are not adjacent to the newly created fillet, and we are able to proceed without generating an error in the feature tree. We can even do a CTRL+Q and no error will be discovered in the model. However, this model is no longer utilizing valid geometry and if we choose to proceed with this model in its current state, we will likely run into issues later in the design process.  A common error that can occur later in the design process (when working with invalid geometry) is the “Operation failed due to geometric condition” error. 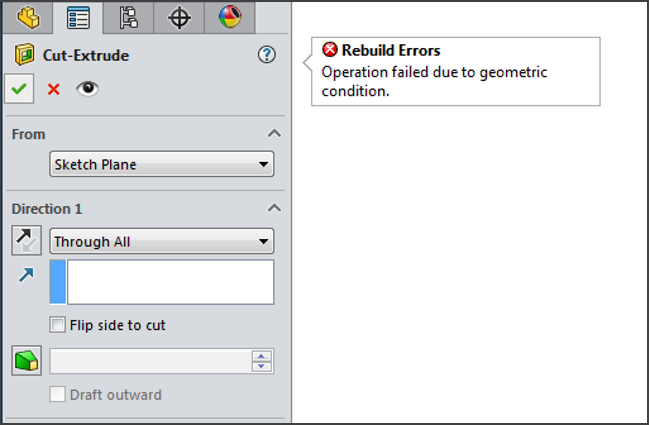 Figure 11: An error, later in the design process, when attempting to create a simple cut extrude on a model with invalid geometry

Figure 11 shows an error that may occur later in the design process when working with a model with invalid geometry.  In this case, we were attempting to make a simple cut extrude through the model and we ran into an “Operation failed due to geometric condition” error. This can be very confusing when there are no errors in the feature tree, and it can be quite time-consuming to track down where the error is originating.

Let’s now turn on V.O.R. so that when we create the large fillet SOLIDWORKS does error checking against every face of the model. 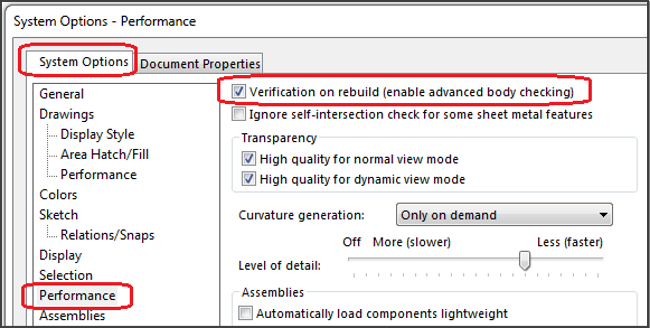 Figure 12: Turning on the option for V.O.R. in our System Options

In Figure 12 we have gone back into system options and enabled the option for V.O.R.  Let’s next do a rebuild on our model to see what happens in the feature tree. 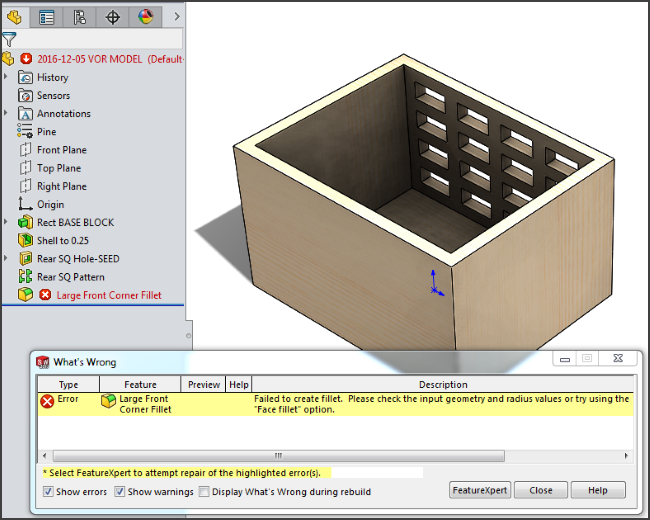 Figure 13: With V.O.R. turned on we can see the error when attempting to create a large fillet

We can see in Figure 13 that once we turn on the system option for V.O.R. and do a CTRL+Q to fully rebuild the model, SOLIDWORKS will do error checking against all faces of the model. Even though the inside faces of the box are not adjacent to the newly created fillet, the option for V.O.R. checks these faces for errors when creating (or rebuilding) the fillet and discovers that there is a problem with the geometry of this fillet feature. SOLIDWORKS gives us an error in the feature tree and gives us a “what’s wrong?” dialog box to make some suggestions as to how we could resolve the error.

As a general practice, I like to always work with V.O.R. enabled.  Although it may make my rebuild times a bit longer, it is worth the additional time to be confident that my model is not generating any invalid geometry that could cause confusing errors later in the design process. Similar to the advice on CTRL+Q, if the rebuild times start to become exorbitant I could go into my system options and turn off V.O.R. temporarily.

CTRL+Q and V.O.R. are two great tools that all SOLIDWORKS users should know about.  They are similar in that both options allow users to perform a more elaborate rebuild of their SOLIDWORKS models, but that rebuild takes a bit longer.  On most models the difference in time is negligible, but on more complicated models with longer feature trees the rebuild time when doing a CTRL+Q with V.O.R. enabled can get to be a bit lengthy. In these scenarios we could temporarily use a standard rebuild and/or temporarily disable V.O.R.  Regardless of the duration of rebuild time, I always make it policy to turn on V.O.R. and to do a CTRL+Q on any SOLIDWORKS file before I do my final save and check the files into my our company PDM vault.  This way I can be confident that when I share my files with my team, the models are error free they don’t contain any invalid geometry.

If you need additional training, get a complimentary online training class with a purchase of SOLIDWORKS 3D CAD Professional or Premium.

Toby Schnaars began using the SOLIDWORKS Software on the ’98 plus release, in October of 1998. He began working for Prism Engineering as an instructor and tech support engineering in 2001. He has fielded over 10,000 tech support cases and been the head instructor for over 200 SOLIDWORKS training classes.

Toby is a regular presenter at users groups, technical summits, and SOLIDWORKS world. In 2003, in Orlando, FL, Toby won first place in SOLIDWORKS MODEL MANIA – a modeling contest based on speed and accuracy.