What is PMI and how does SOLIDWORKS MBD create it?

What is PMI and how does SOLIDWORKS MBD create it?

PMI in the computer-aided design world stands for Product Manufacturing Information. The definition of PMI includes that it conveys attributes in 3-Dimensional (3D) computer-aided design (CAD) systems that are necessary for manufacturing a product component. The attributes include geometric dimensions and tolerances (GD&T), 3D annotations (text), dimensions and surface finishes.

There are couple of key words to point out here: 1) 3D and 2) Manufacturing. 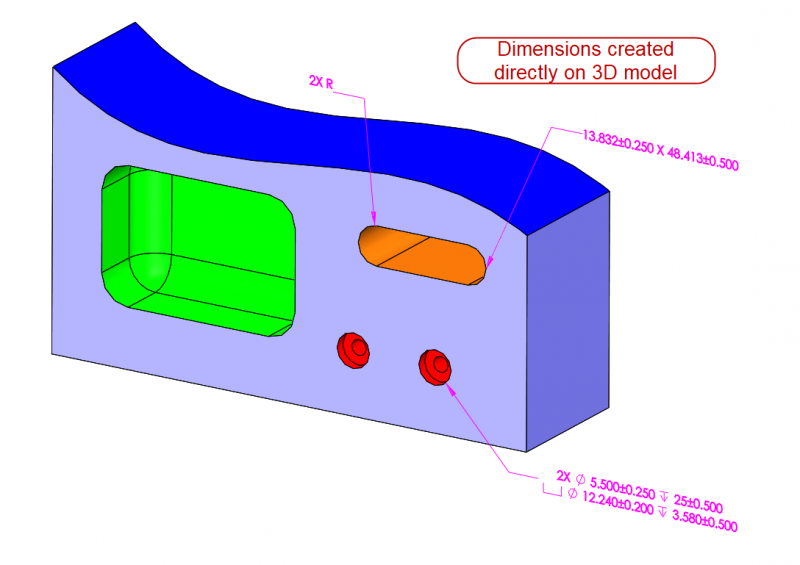 Manufacturing: when creating geometry in CAD, we use terms like lines, arcs, faces, extrusions, cylinders, vertices and the like. The manufacturing world does not produce these types of things. It produces pockets, slots, surfaces and holes. So PMI is meant to convey information, or translate, from the CAD world to the Manufacturing world. 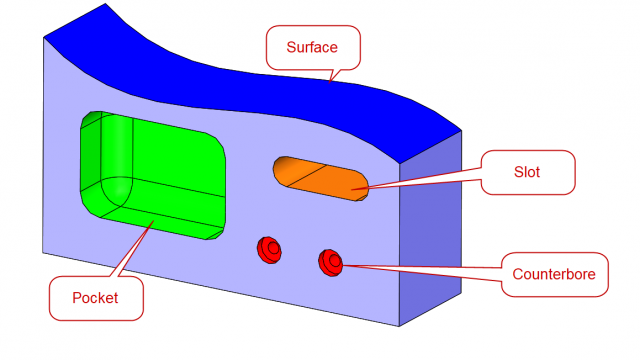 As part of the SOLIDWORKS Model-Based Definition (MBD) process, SOLIDWORKS creates PMI by utilizing DimXpert. DimXpert has automated and manual methods for creating PMI on either a SOLIDWORKS model, or one that has been imported from another CAD system. Not only that, but it will also provide visual feedback on whether there are enough dimensions defined to actually manufacture the feature being referenced.

One of the nice things about DimXpert is that when an edge is selected for dimensioning, the system will try to recognize the possible manufacturing feature it may belong to and prompt to define the manufacturing feature instead of just defining the edge alone. So in the background, after you select the edge, if it belongs to a hole, the system will see that and suggest that dimensions should be provided for the hole in its entirety, not just the diameter of the edge/circle that was selected.

But it doesn’t stop there. If the hole is part of a counterbore feature, the system will suggest that dimensions should be provided for the entire counterbore, not just the hole. And if that counterbore is part of a pattern, the system will recognize that too and suggest inclusion of the pattern information. So it tries to find the most comprehensive manufacturing feature and presents that as the default selection for definition. This saves a lot of time because the pattern of counterbored holes is defined all at once and not in a piecemeal, manual fashion by the user. 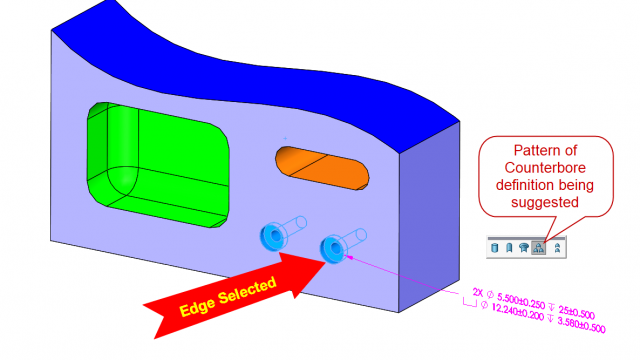 Choose an edge, be prompted to provide pattern and counterbore hole definition

Once you have defined the sizes and locations of your features, along with datums, surface finishes and any other annotations, SOLIDWORKS MBD has tools to quickly and easily organize and publish your PMI into a 3D PDF or eDrawings format.

For more information about SOLIDWORKS MBD,  contact us at CATI if you’re interested in seeing a demonstration.