At Sperling Railway Services, Inc., designing on-track railroad maintenance equipment doesn’t typically present a challenge when it comes to weight. However, when the objective is to pick up tons of railway spikes, elevate them on an extended arm, and dump them a safe distance from the tracks, that’s where it gets tricky. “Normally on the railroad, we’re able to overbuild due to the fact that weight isn’t really an issue,” Scott Lanz says, Design Engineer at Sperling. “With this, we were already working with a limited area since it was going on an existing machine, so there was only so much room we could use,” he adds. That’s where the powerful tools of SOLIDWORKS Simulation can do some of the heavy lifting for him.

“At first, we realized with this weight extending off the side, it was going to tip, so we had to build stabilizers on the machine to bring our center of gravity in so the machine could remain stable. SOLIDWORKS made it possible to do all of that."

The challenge was to modify an existing on-track machine: the OTMR-2. This piece of equipment picks up OTM (spikes, anchors, and clips) with magnetic drums, runs them up a conveyor belt, and dumps them into a large hopper. When the hopper is full, the OTMR-2 elevates its load to dump it about two feet from the edge of the ties for a crew to collect. However, for safety reasons, one of Sperling’s clients wanted the OTMR-2 to dump the spikes four feet farther from the tracks. The OTMR-2 Movable Hopper’s extra provided distance would better separate the spikes from the ballast that supports the track, so that when the crew picks up the scrap, they aren’t pulling the ballast away, as well as to provide a safe walking area along the side of the tracks. 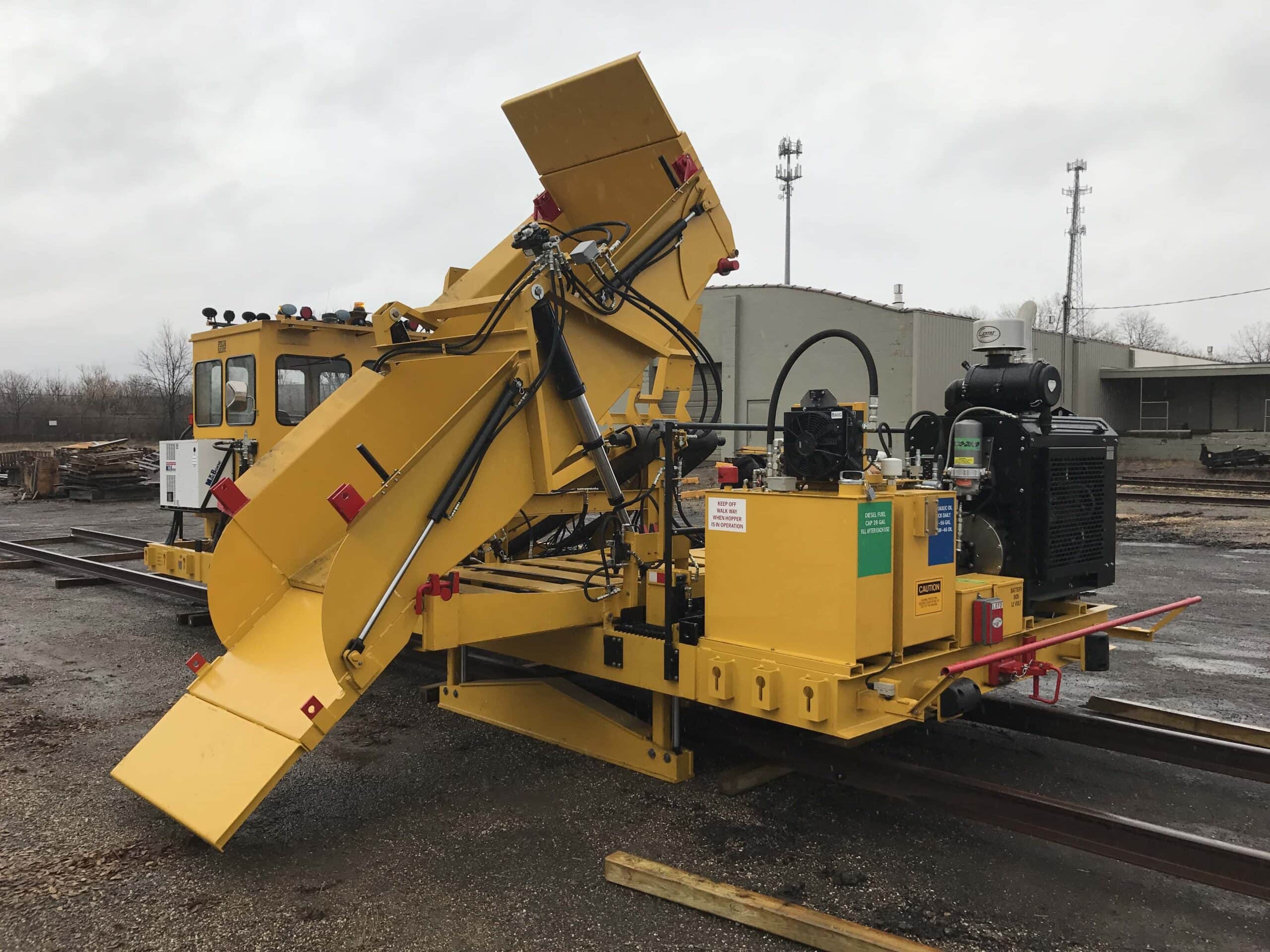 Scott completed his Simulation certification through Computer Aided Technology attending our SOLIDWORKS Simulation Essentials class. Using Simulation allowed Scott to design a modification for the OTMR-2 to retrofit the existing machines in the field and extend their reach. “At first, we realized with this weight extending off the side, it was going to tip, so we had to build stabilizers on the machine to bring our center of gravity in so the machine could remain stable. SOLIDWORKS made it possible to do all of that,” Scott says. Using the SOLIDWORKS Center of Gravity feature, Scott was able to design a retrofit to the OTMR-2 that would allow the hopper to slide out a safe distance on either side of the machine without adding too much bulk. Scott’s Simulation Essentials class trainer, Robert Warren, was with him every step of the way to help with questions, even after Scott completed his certification.

“Simulation greatly helped and sped up the process of figuring out this problem. It was so critical when working with such precise work,” Scott says. Now the machine is working more safely than ever with the extension add-on. Scott was able to do the trial and error and go through several different design iterations without ever having to build a prototype until he was satisfied the machine wouldn’t tip or its stabilizer wouldn’t bend due to stress. Today, the OTMR-2 is out in the field, ensuring the safe removal of rail spikes from the tracks without putting workers in harm’s way.