·         DWG Editor is not a free SOLIDWORKS product therefore it is not available for non-SOLIDWORKS Subscription customers.

·         You are prompted during install for Stand Alone or Network based licensing. 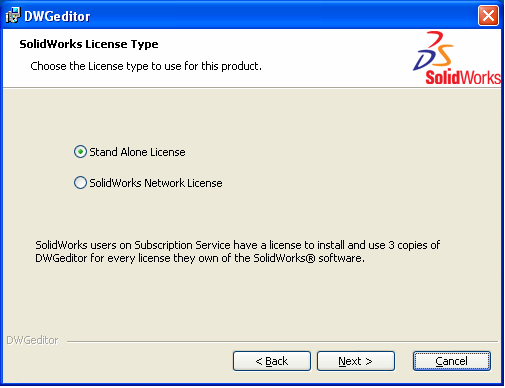 o   There is no Serial Number needed to install a standalone license.

o   Licensing for Standalone DWG Editor is not currently controlled by the Activation Manager.

o   You will be prompted to choose a server where DWG Editor can locate a license. 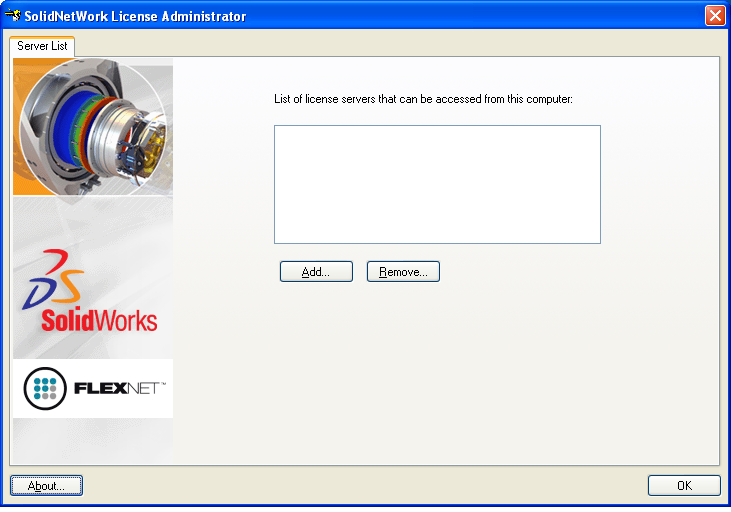 o   When you choose network install it installs the Flex LM manager on the user’s machine.

o   In the license file supplied by SOLIDWORKS for a network install there is a limit to the number of seats available (3 for every 1 seat of SW). DWG Editor is a separate line item in the license text file.

o   If you have ever had a Network install of DWG Editor on a machine and want to put in a Standalone install you will need to do the following, because an uninstall of the network version does not clear the registry.

·         Enter into the registry and browse to: HKEY_LOCAL_MACHINE\SOFTWARE\FLEXlm License Manager. In that folder you will want to remove the SW_D_LICENSEFILE line item.

·         You can also run the following Registry file to remove that key. Download DWGeditorfix

When starting DWG Editor if it states that you are in “Demo Mode” one of the following is occurring.

·         You are exceeding the license count in the network license file.

·         You are running a network license and your license is not pointing to the correct server. This can be corrected either in the Flex LM Software that is installed on that user's PC. In the Server List Tab or by modifying the following registry key.

·         You once had the Network version installed and are now running the Standalone, see fix above.

Note: In Demo Mode you cannot print or save the file.

SOLIDWORKS at the 2014 Winter Olympics

How Integrating CAE into the R&D Workflow Saves Costs