Thermal analysis helps users account for temperature change in the  environment. Typically there are two types of thermal analysis

(a) Static -boundary conditions do not change with respect to space and time. In a static thermal test users are solving for equilibrium given a set of environment conditions.

(b) Transient – boundary conditions change with respect to space and time. In a transient test users are solving conditions that a varying e.g power, temperature etc.

There are three mechanisms for Heat Transfer : Conduction, Convection and Radiation

Conduction is the heat transfer mechanism in which thermal energy transfers from one point to another through the interaction between the atoms or molecules of the matter. Conduction occurs in solids, liquids, and gasses.

Convection is the heat transfer mode in which heat transfers between a solid face and an adjacent moving fluid (or gas).

In the case of spark plug, let us say we have information on average temperature around the combustion chamber.  Spark Plug is surrounded by air and hence loses heat at a constant rate. We will assume the (convective coefficient) rate at which spark plug is being cooled by surrounding air. We are looking for operating temperature of spark plug. In this case, the temperature in combustion chamber and air convection cooling rate act as inputs, the output would be temperature distribution pattern in the plug.  An important point to note: User has to mention convection co-efficient for static thermal tests. Can you guess why??? The software is solving for equilibrium between heat input  and constant cooling. This equilibrium will never be reached unless we provide a cooling rate. …. 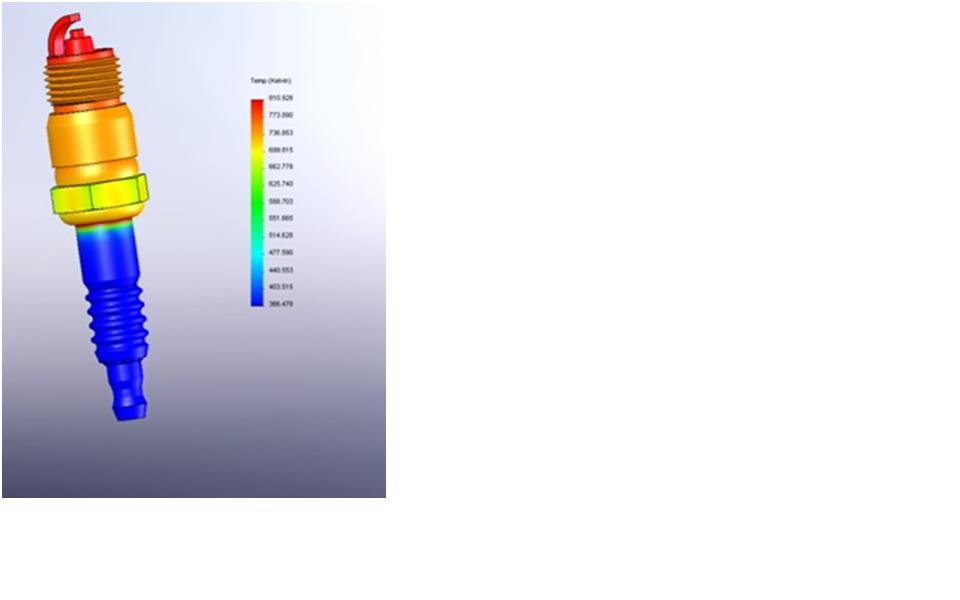 For transient analysis; let us say we know the rise in heat power as the engine is ramping up for the first one minute. This change in power will act as an input. For transient analysis it is not necessary to mention convection coefficient, but it is required to mention an initial temperature or starting point for calculations. 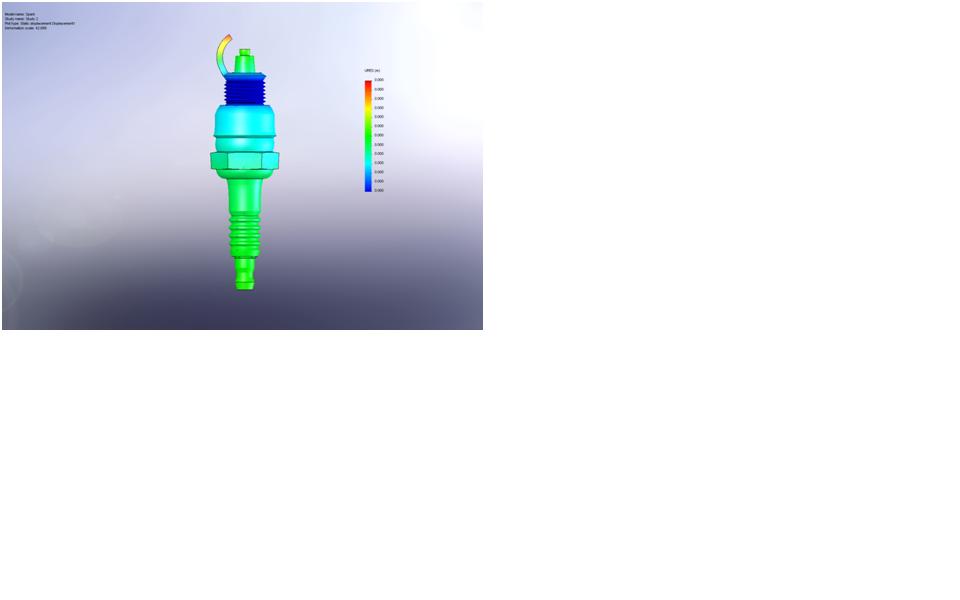 Accuracy of FEA – a needless complication