In SOLIDWORKS, you can create a pattern of features using commands like Linear Pattern and Circular Pattern to name a few.  With both of these types of patterns, you can also choose to "Skip" instances of these patterns by selecting them during the creation of the pattern itself.  But a little known fact is that you can also remove these instances without ever having to re-open or edit this pattern feature again.  Allow me to explain with this example.  Take an ordinary part with a linear pattern of features.  Select on a face of this feature or pick multiple feature surfaces at the same time by holding down the CTRL key: 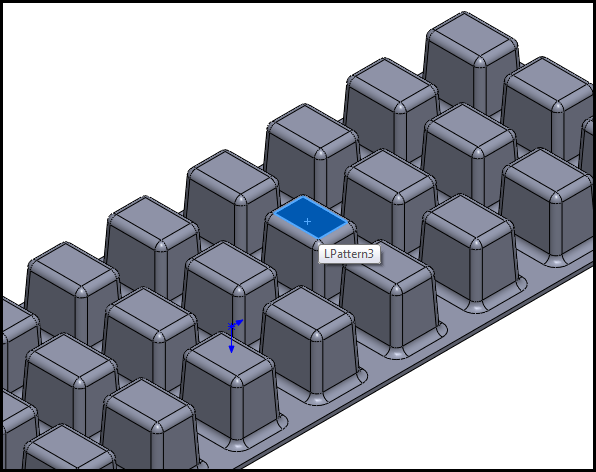 Next, press the Delete key on your keyboard.  You will see this message box appear with some choices: 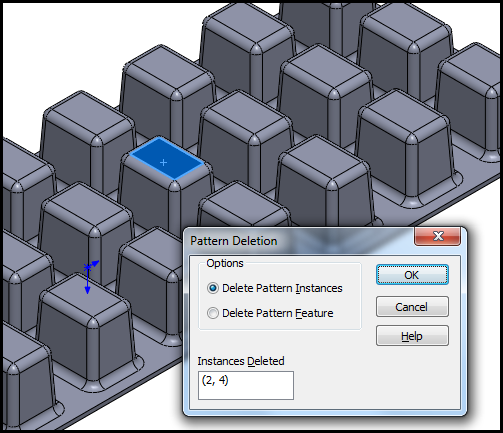 Choose to delete the pattern instance, and you will see the item selected remove from the pattern as an instance being skipped! 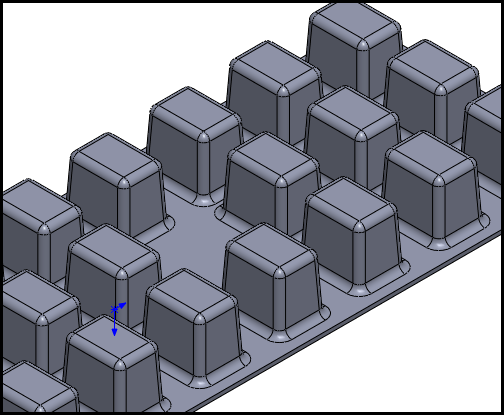 So with SOLIDWORKS you have yet another way to accomplish a failry common task without having to edit the feature with extra mouse clicks and steps!