When working with parts in an assembly you are limited to extruded cuts and revolved cuts through multiple pieces. If you would like to create a more advanced assembly cut (Cut Sweep, Cut Loft) we need to get creative. One way of accomplishing this is to create a new part in your assembly model. Design your cut feature as a solid part. Edit the first part that needs to be cut and use the cavity command. This will remove material from your part where the part we created overlaps in volume. Repeat these steps for all parts that intersect your cutting body. In this example I am going to put two blocks into an assembly, add a new part, and then use that part to remove material from the two blocks. 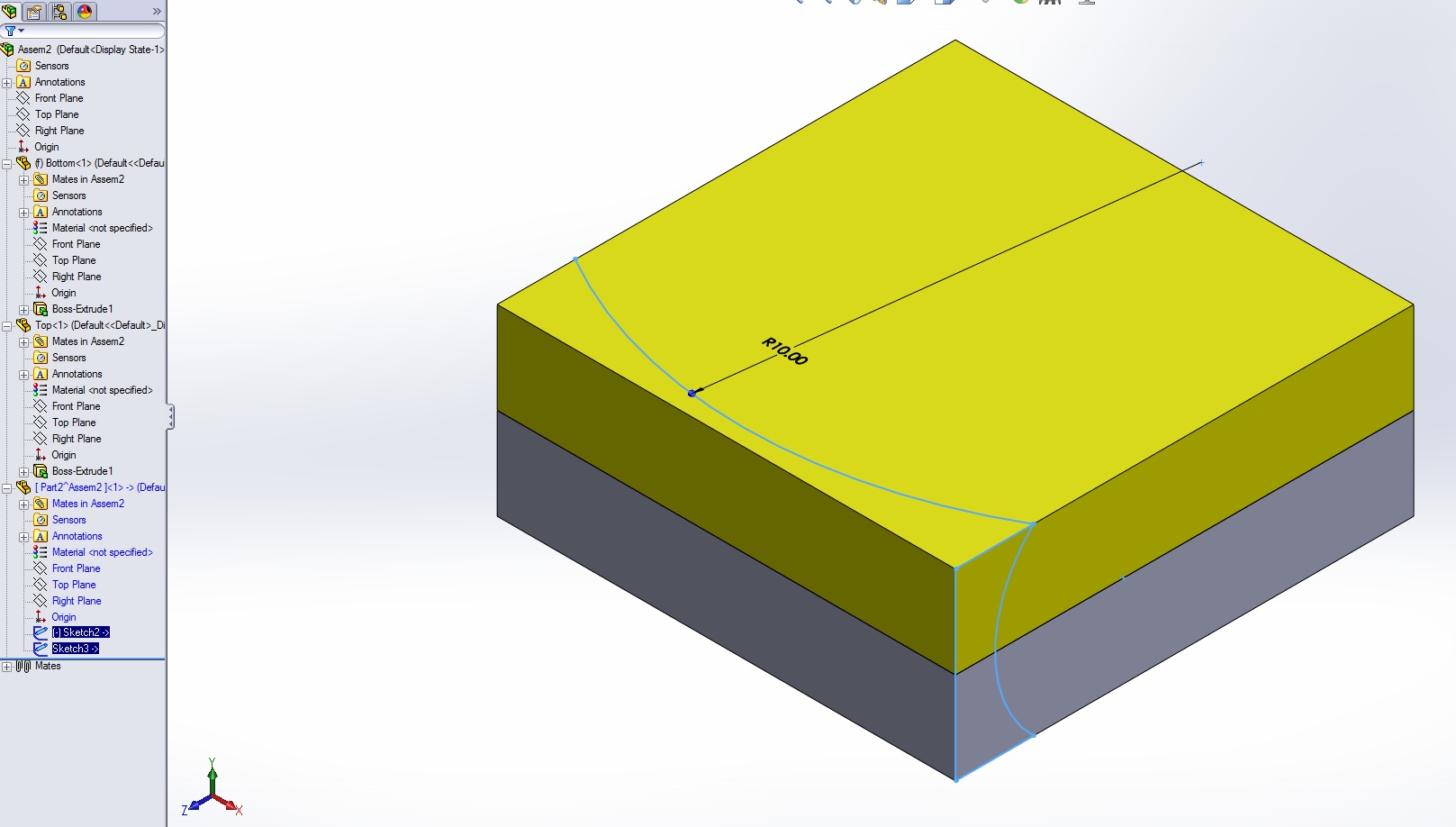 The assembly of two blocks and new part of have been generated. These are the two sketches that define the sweep for my cavity part. Be careful not to add in context relations to sketches used for cutting. After you cut the model they will be broken. 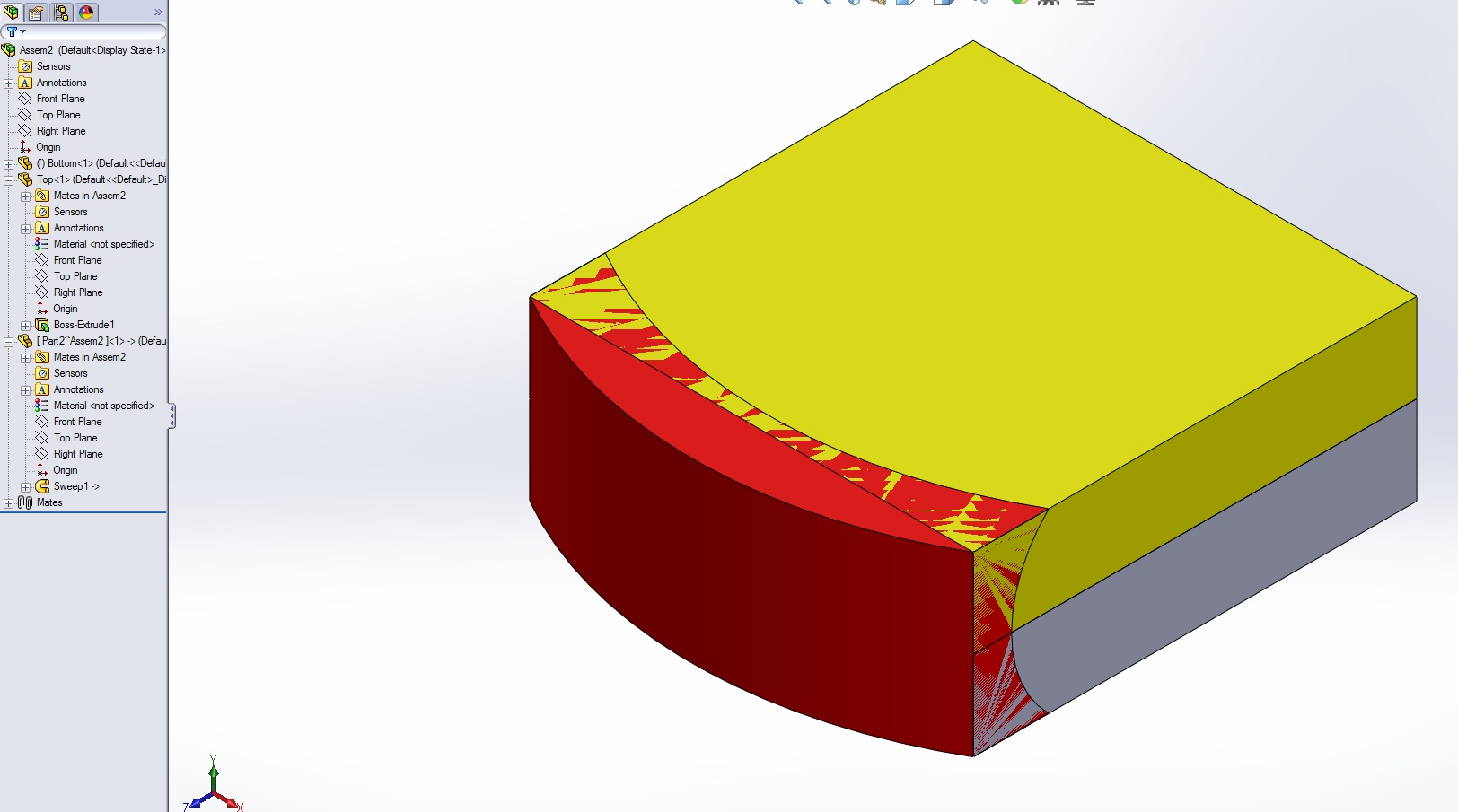 The sweep part has been created and now we can use it as a cavity feature. 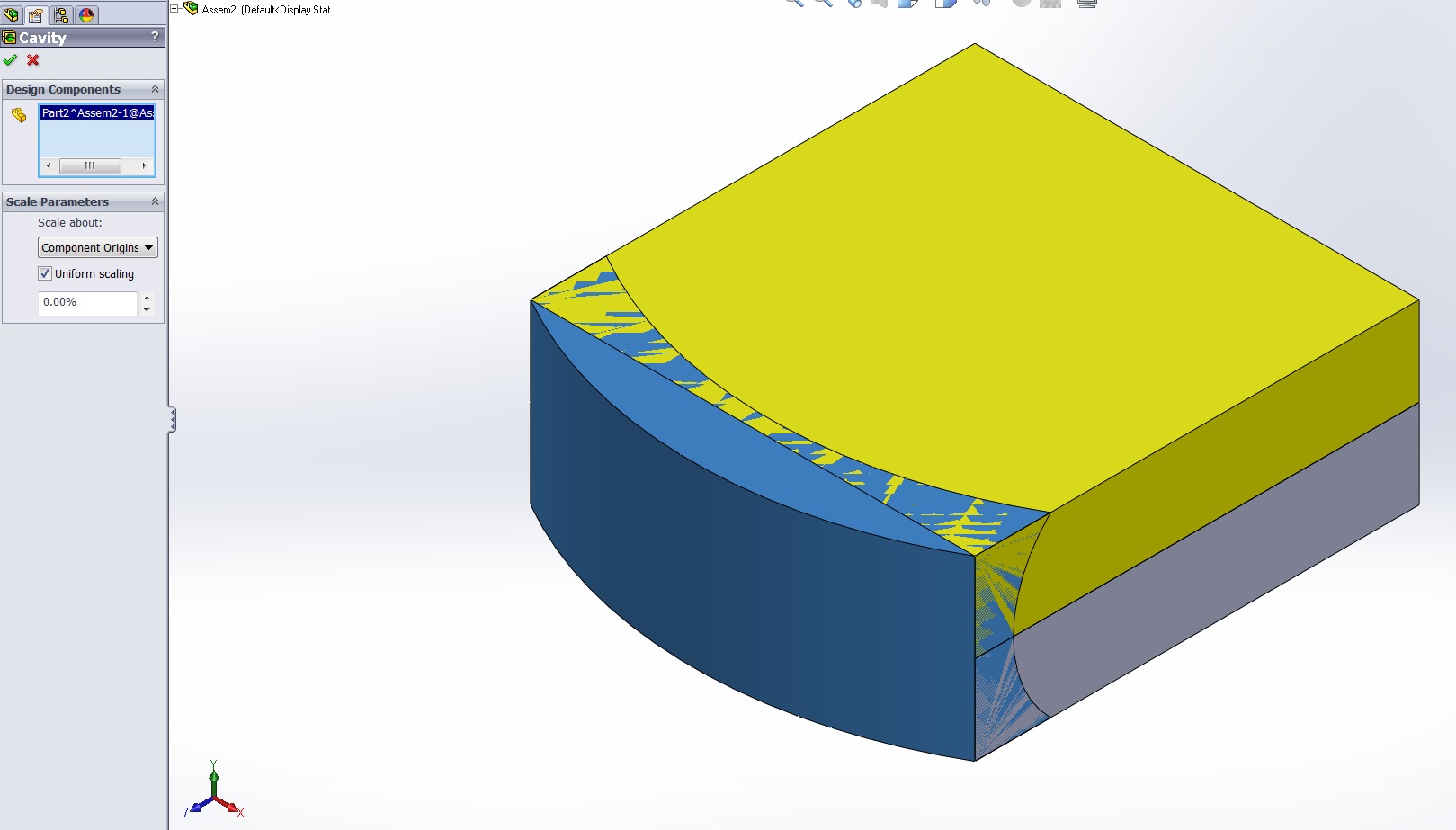 Edit the first part in context to the model. Use the cavity feature located under "Insert -> Features -> Cavity". Choose the swept part as the design component. Accept the feature and the overlapping swept body will be removed from the first block in the assembly. 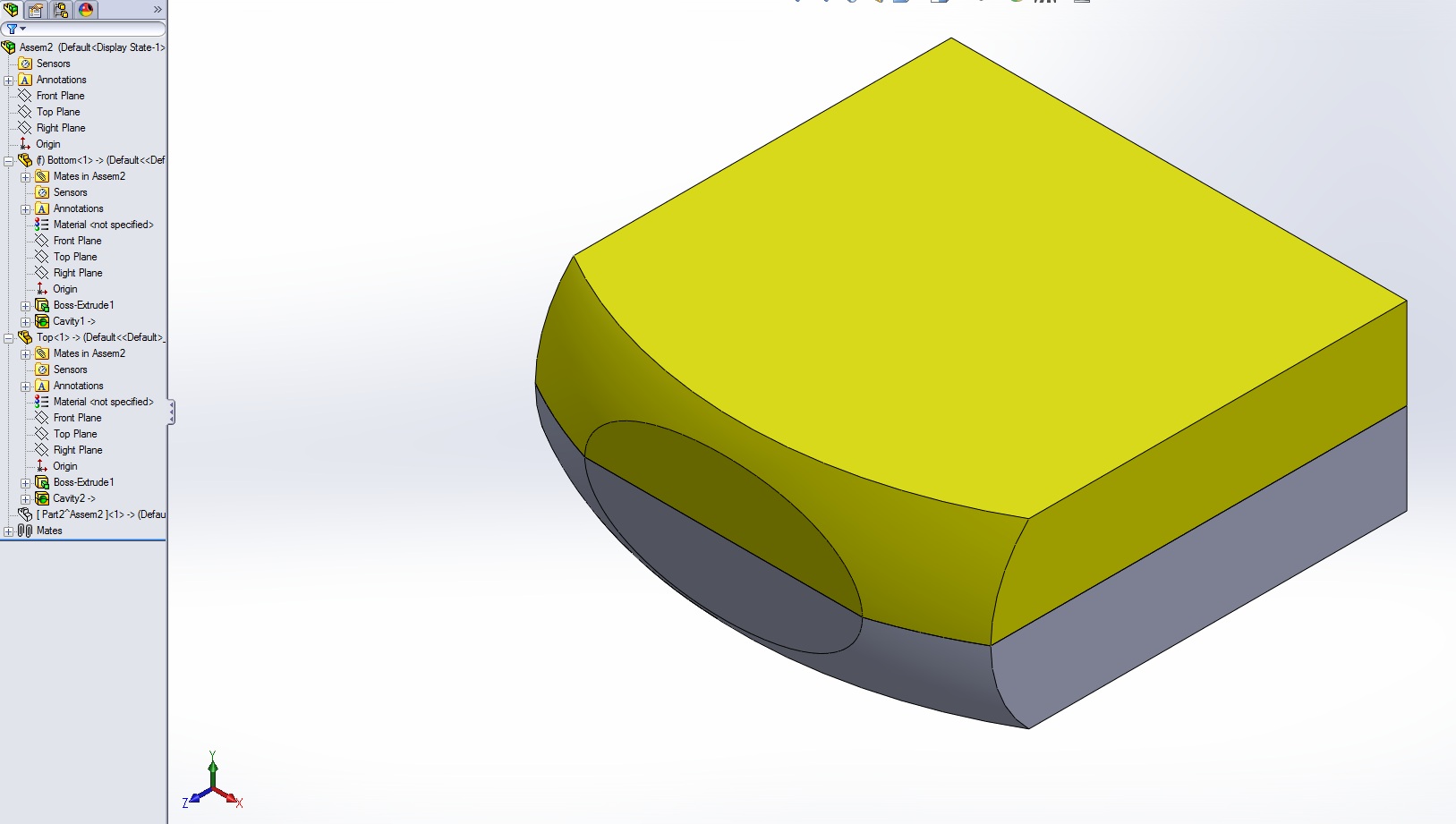 Repeat that process until all parts have been cut. The swept body has been hidden for illustrative purposes.