How Simple is Too Simple??

When doing simulations, time and accuracy are both very
valuable.  Using different configurations
is a good way to balance the two.  As
always though, there are trade-offs from going too far either way.  Too much simplification can mean widely
incorrect results while too little can lead to negligible decrease in time. 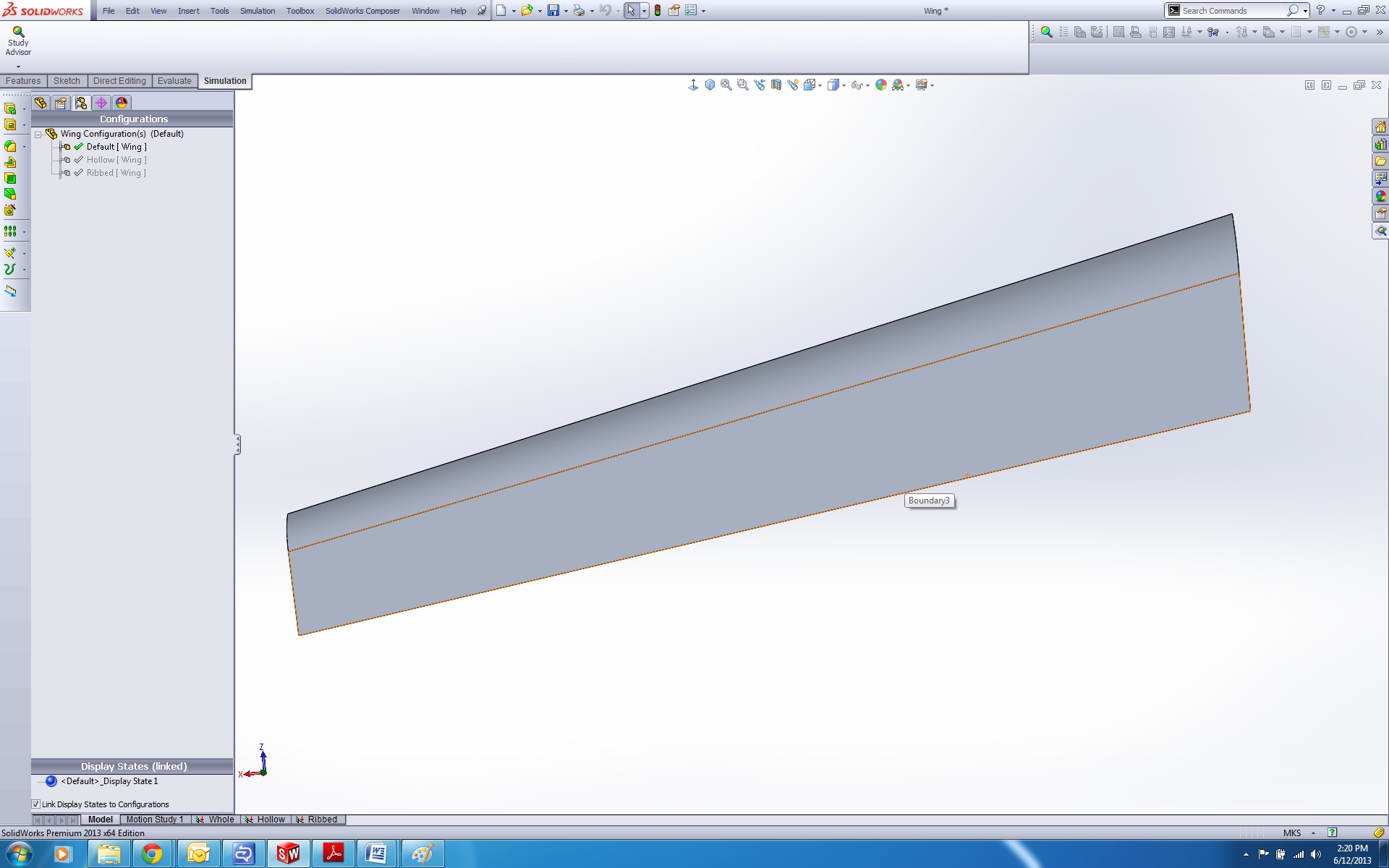 In this example, a wing was created with three
configurations; 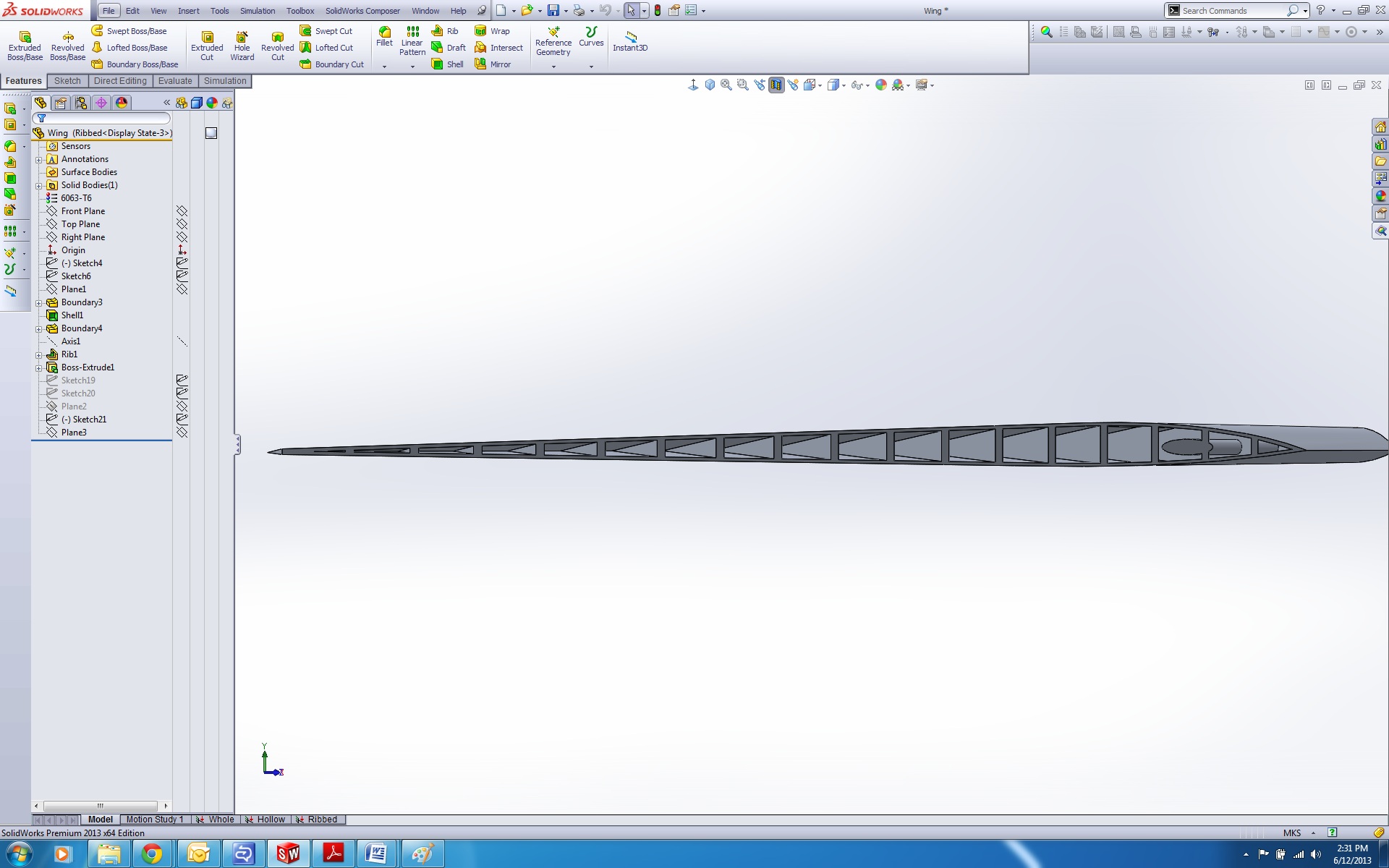 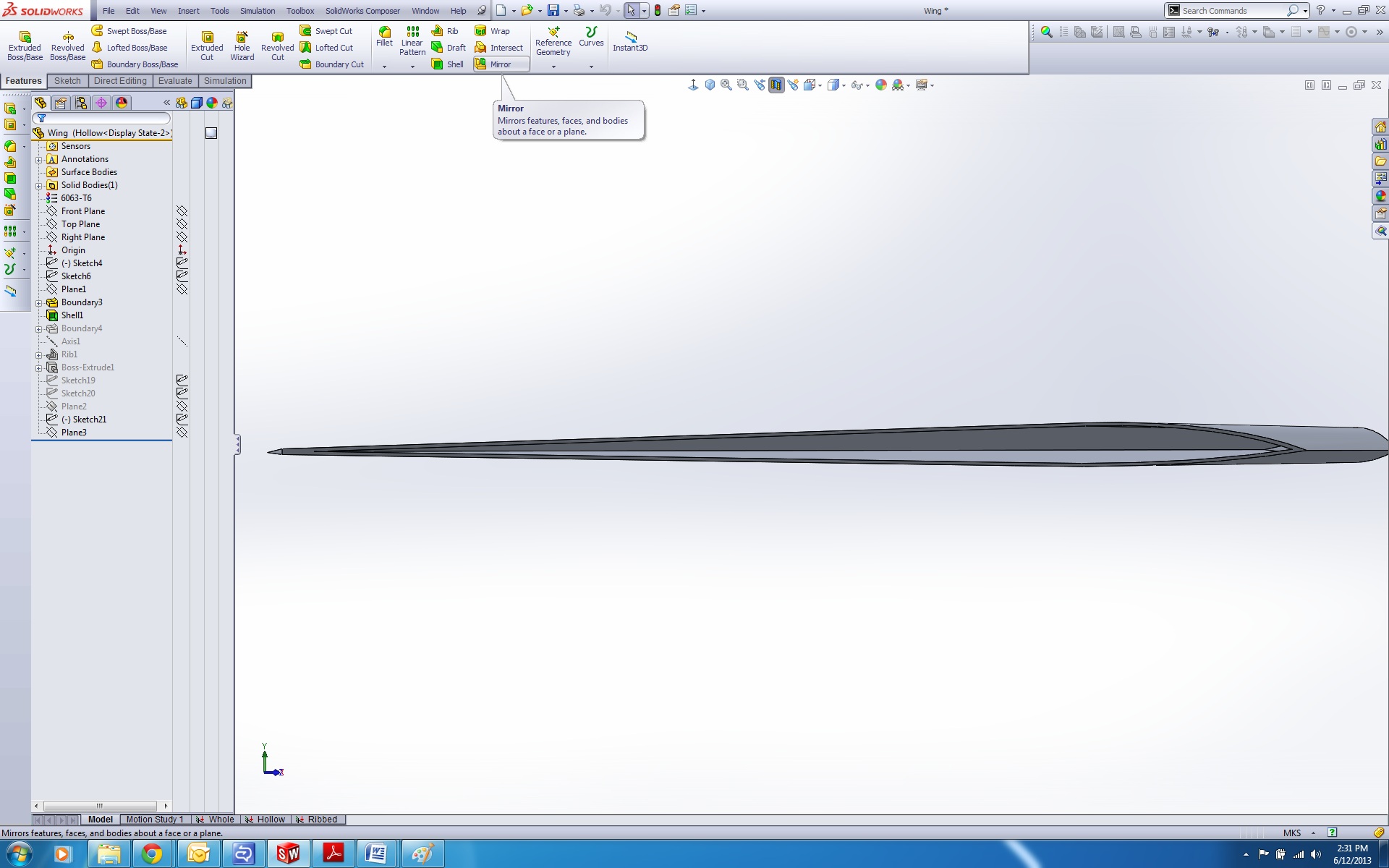 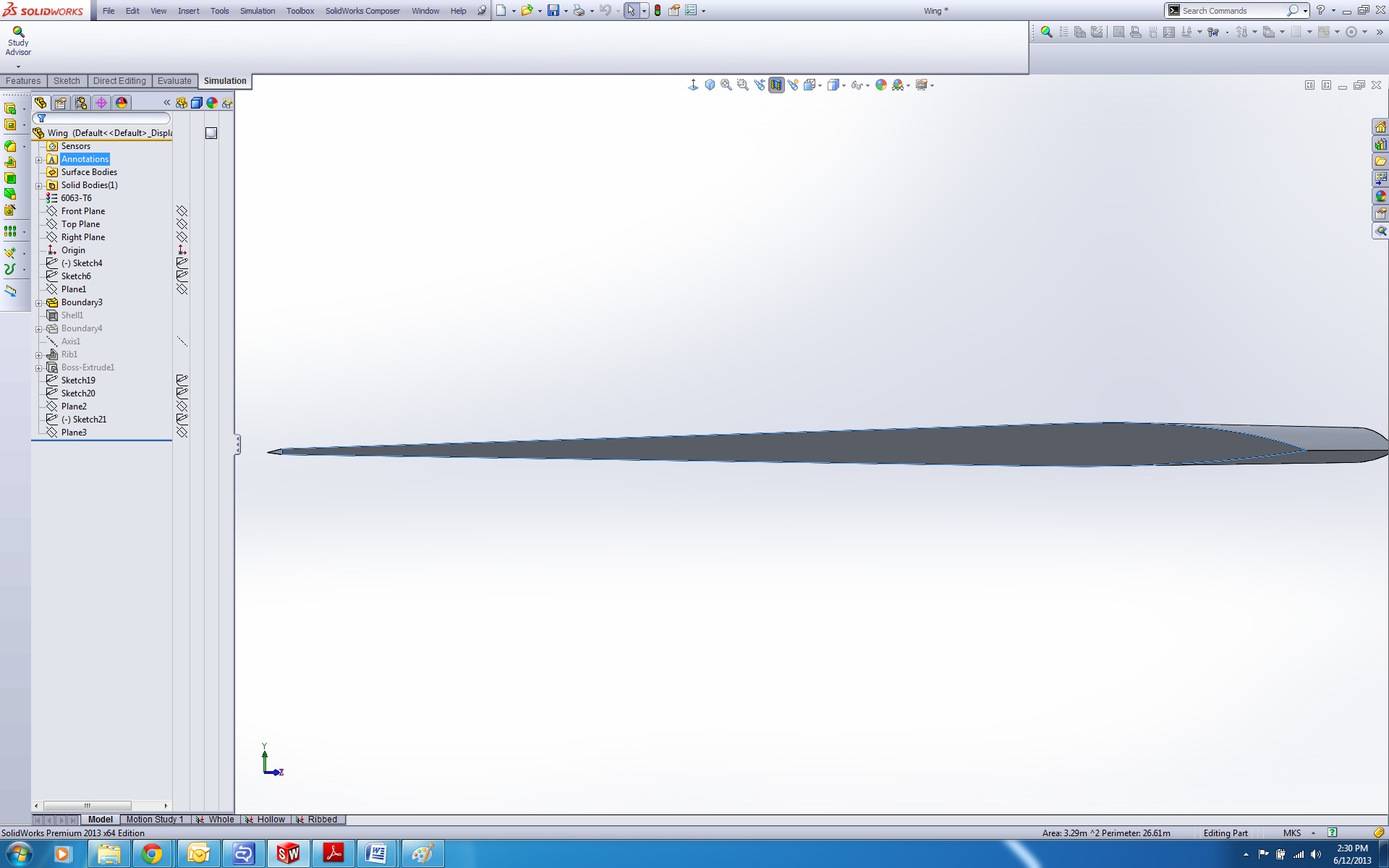 A fixed geometry was added to the wing edges where it would
attach to the airplane body and a force of 25000 N was added coming from the
front at an angle of attack of 5.5°.

As shown by the results above, while the differences in
stress and displacement between the ribbed and hollow configurations are small,
the gains in time spent in calculations are large.  Conversely between the hollow and solid
configurations, the time gained by this simplification is small and the
differences in stress and displacement are large.  While the times in these simulations are all
small, more complex parts and assemblies will take longer and simplified
configurations will help to decrease the time spent and memory used.  As long as they are not oversimplified,
simplified configurations become very useful.

Save body from deformed shape