How to move parts and sub-assemblies around in the assembly feature tree.

Whenever you create a new BOM in a
drawing, the BOM comes in with the assembly order.  It is easy just to rearrange the items in the
BOM while keeping the assembly tree the same.
However keeping a clean assembly feature tree would help you in making
changes later in the product life and create a single point of change for the
assembly as well as the BOM.

Most of you probably know that you
can move features around in part files, this same process can be used in the
assembly as well.  You can move parts
around in the assembly tree by dragging and dropping as well.  There is a point where things get a little
tricky.  Every time you try to move a
part above a subassembly, Solidworks thinks that you are trying to insert the
part into that subassembly.  This same
goes for moving subassemblies around in the tree.  As an example in if you had a tree that
looked like this: 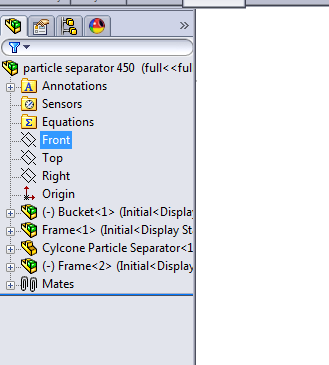 Unable to create and use a design table in SW?