Sketch vs. feature order in SOLIDWORKS

Recently, I had a support call with a customer and when he would go to edit a sketch towards the bottom of the feature tree it would suppress other features that seemingly had nothing to do with that sketch. Here is an example of that part. 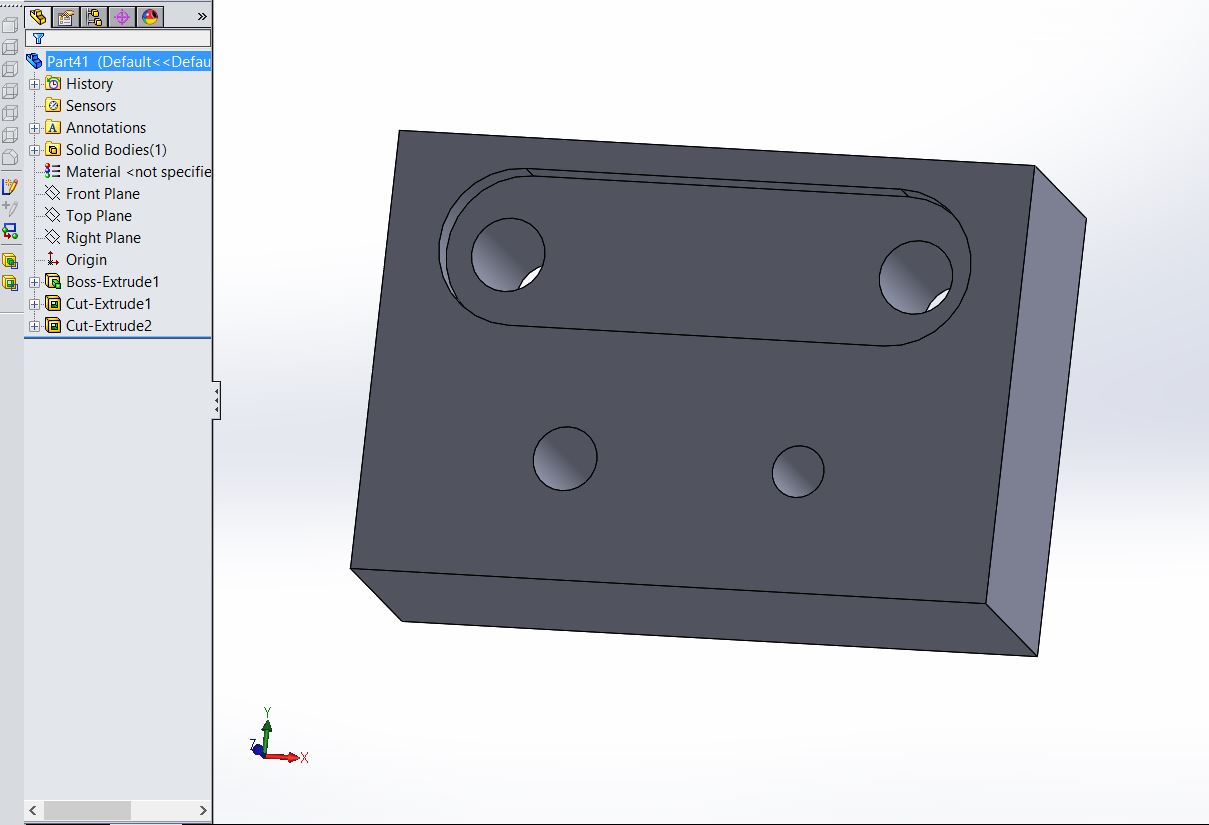 Watch what happens when I edit the sketch that belongs to cut-extrude2 which is made up of four through holes. 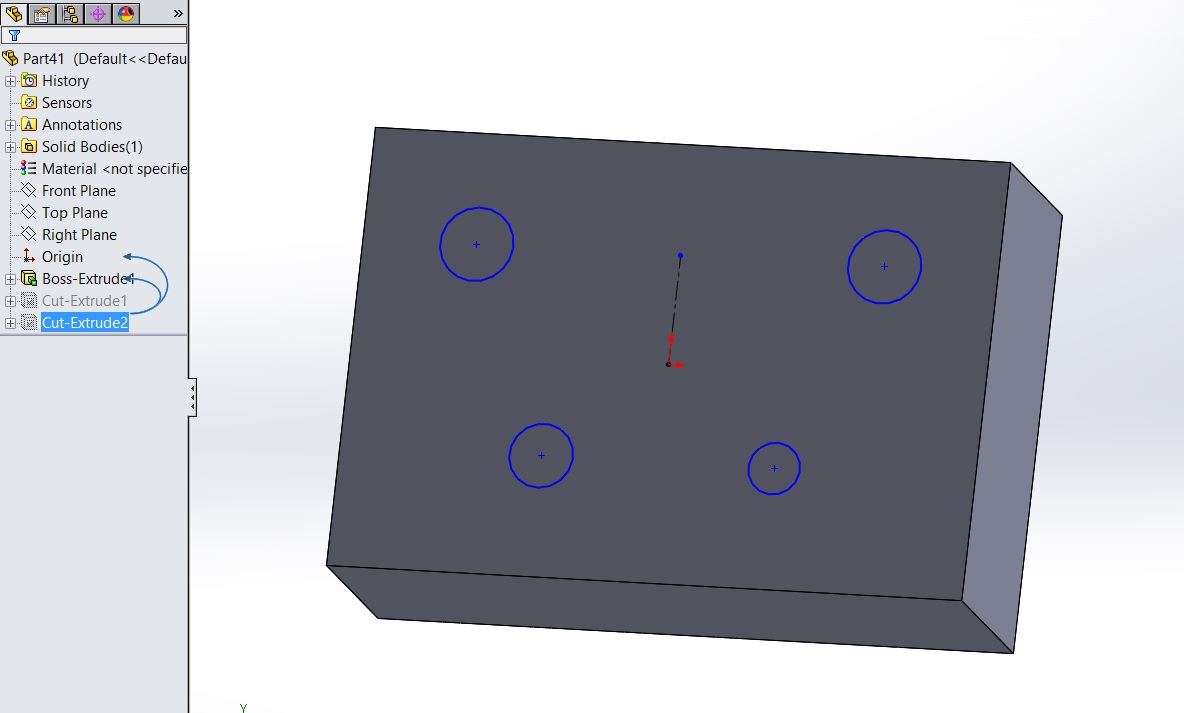 Cut Extrude-1 does not exist even though it is higher up in the feature tree. Let's take a closer look at the names of the sketches. 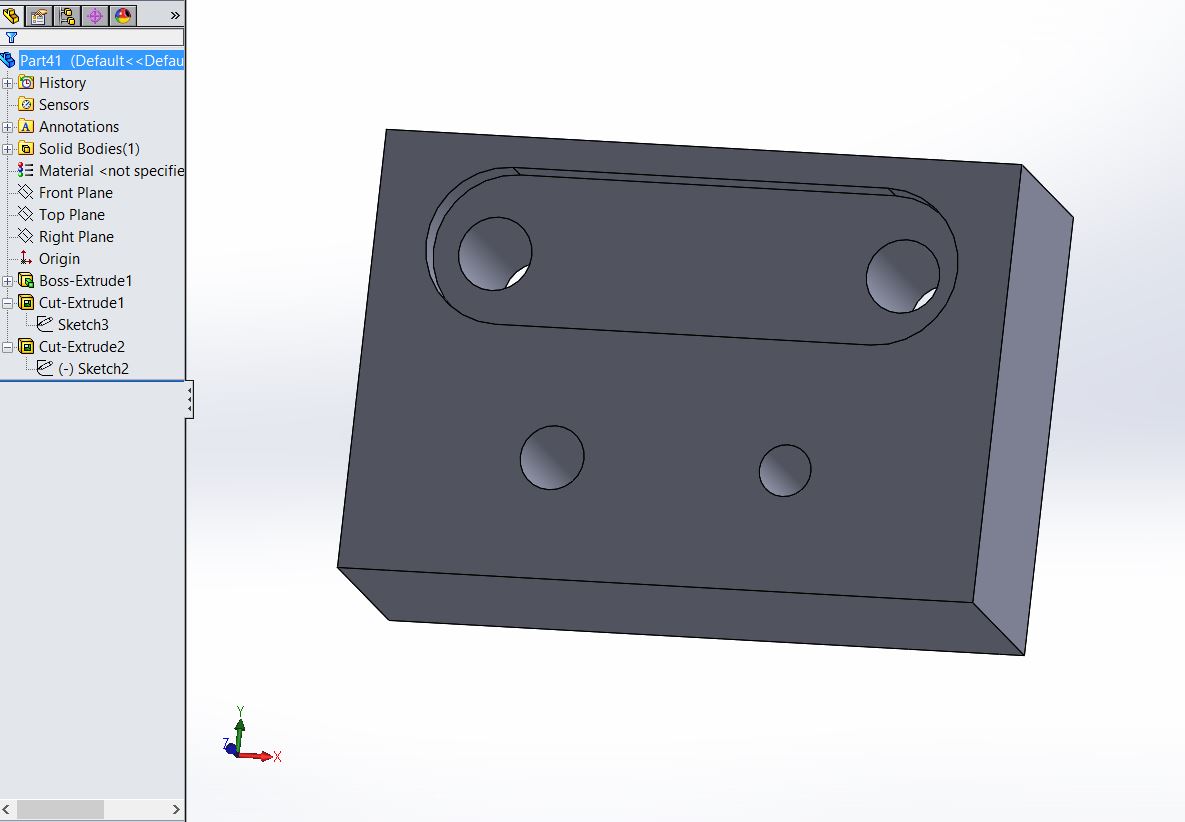 Sketch 2 is absorbed in to the second cut feature. Sketch 3 is absorbed in to the first cut feature. So even though the features are in the order they were created the sketches are not. Because Sketch 2 was created first editing it will temporarily suppress Sketch 3. To verify the exact order things are created you can switch to a flat tree view by right clicking on the name of your part file and selecting it through the menu. 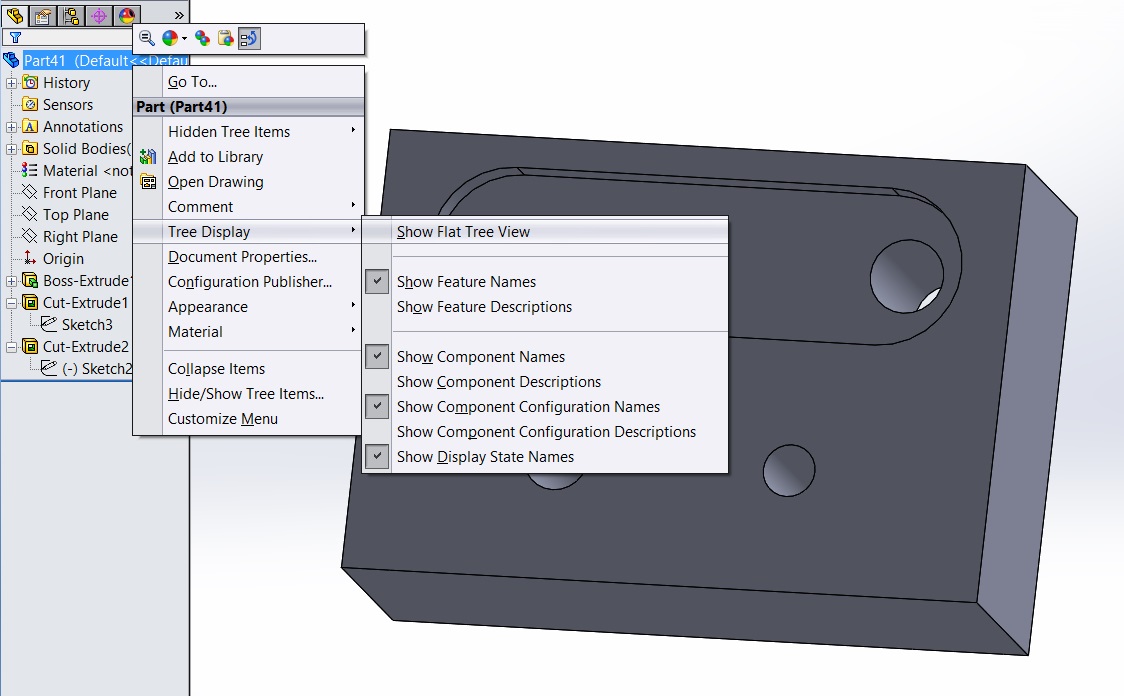 Now we can see the true order of all the features even though it is no longer showing what has and has not been absorbed.

The best plan of attack is to make sure your sketches are in the correct order before creating the features.