The SOLIDWORKS JOIN feature. What’s that?

SOLIDWORKS has so many commands and features. While working on a presentation that a coworker created, I was reintroduced to the assembly feature JOIN Parts.

JOIN is used when in an assembly mode. Two or more parts can be joined to create a new part. The JOIN operation removes surfaces that invade each other’s space and merges the part bodies into a single solid volume.

This feature is helpful if you’re designing and decided to have 1 part instead of 2.  By joining them, this eliminates you recreating the part.

Here you see an assembly with a knob and knob back plate. During the design, it was decided to create the knob and back plate as 1 part, not 2. 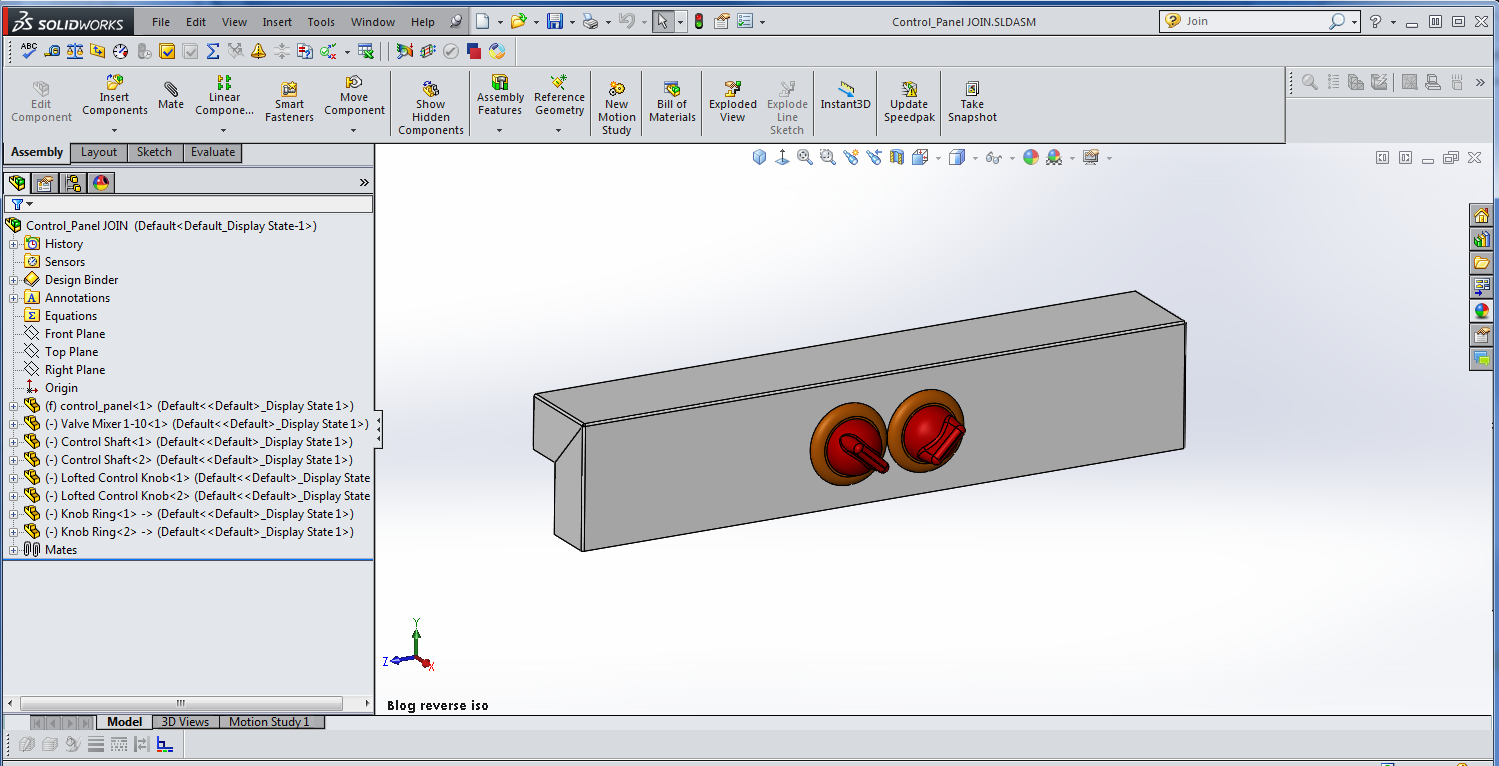 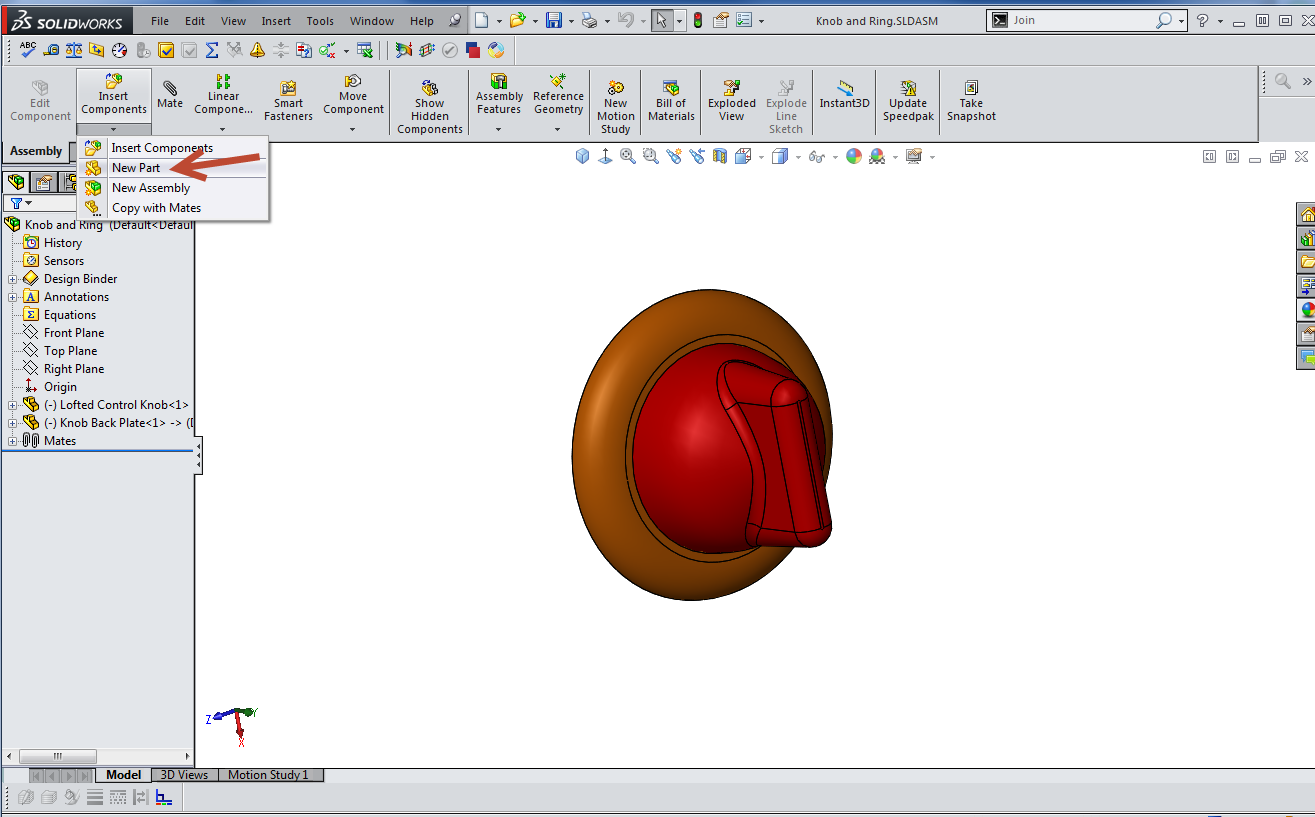 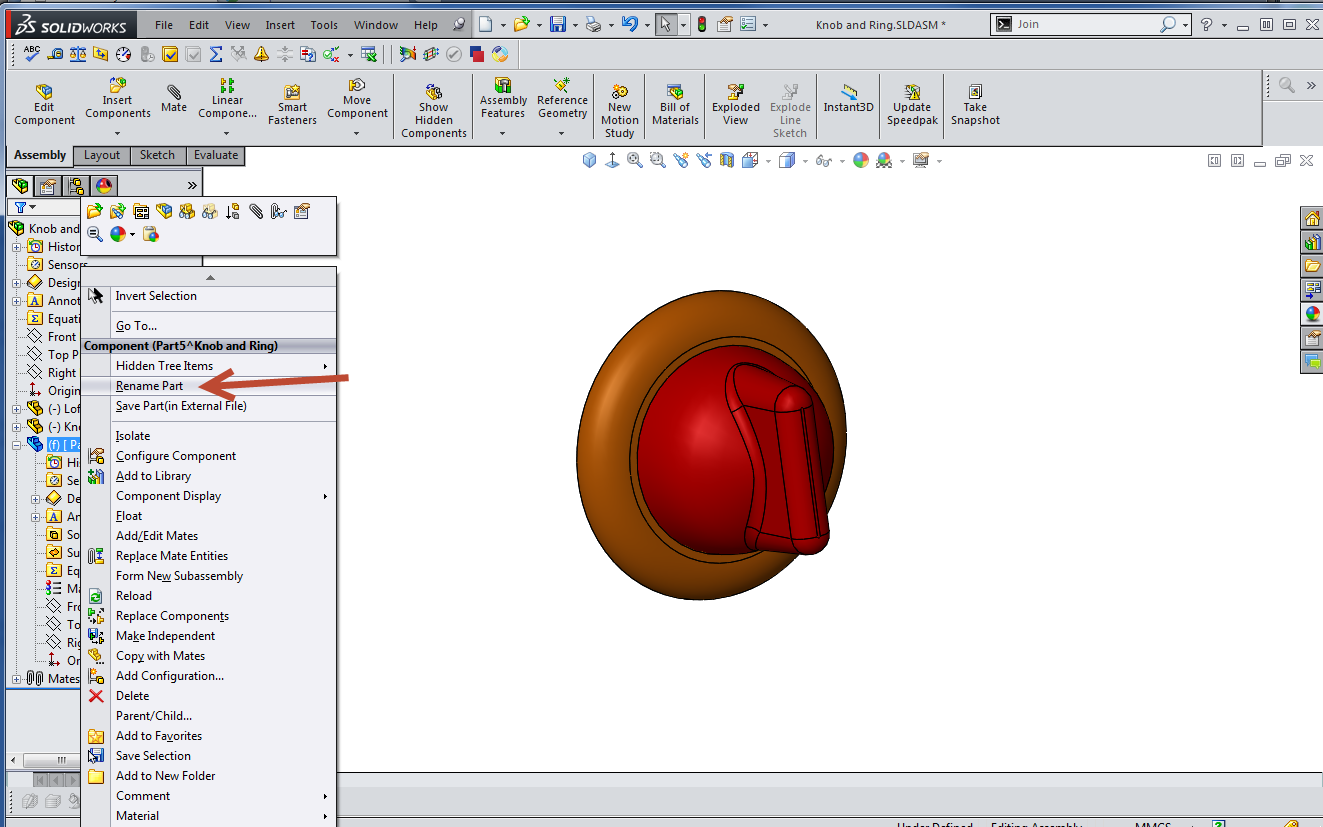 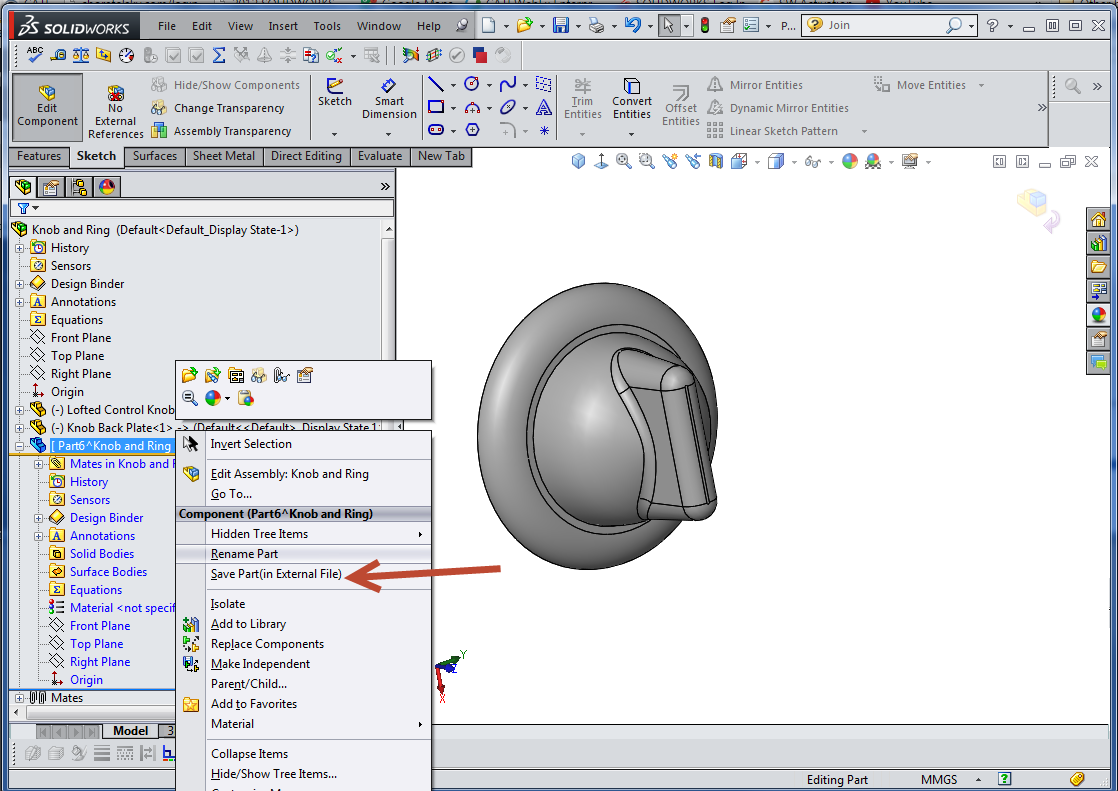 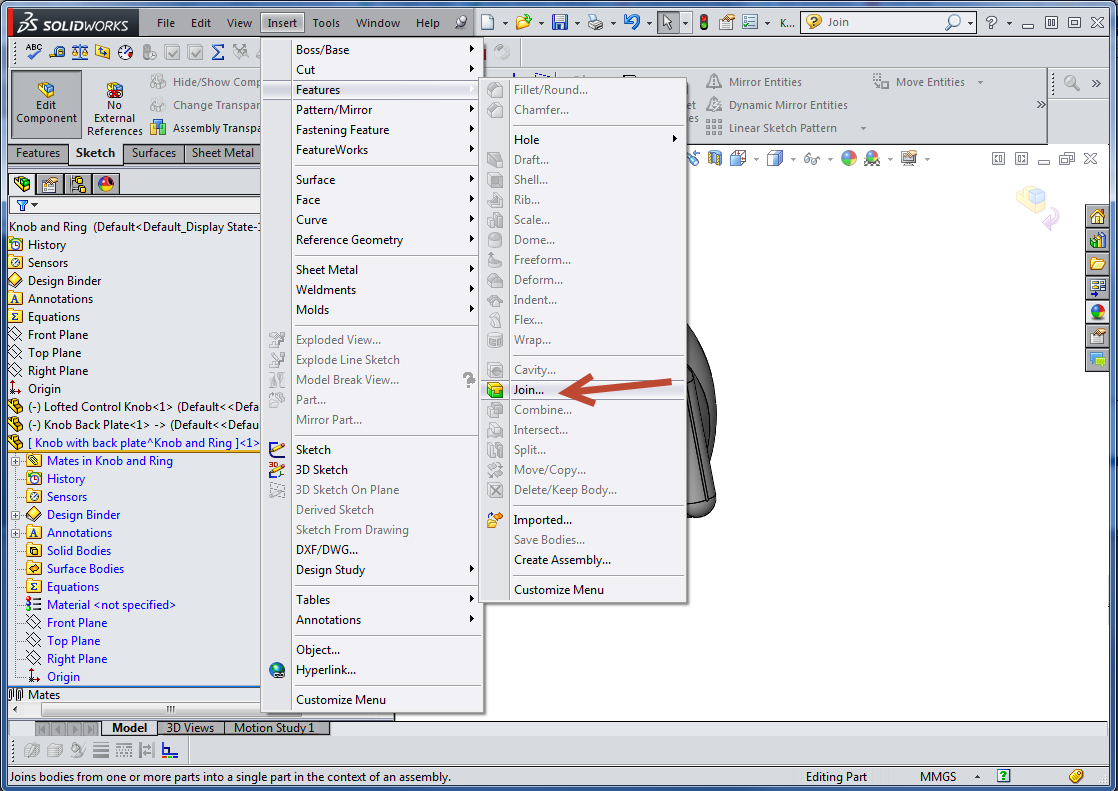 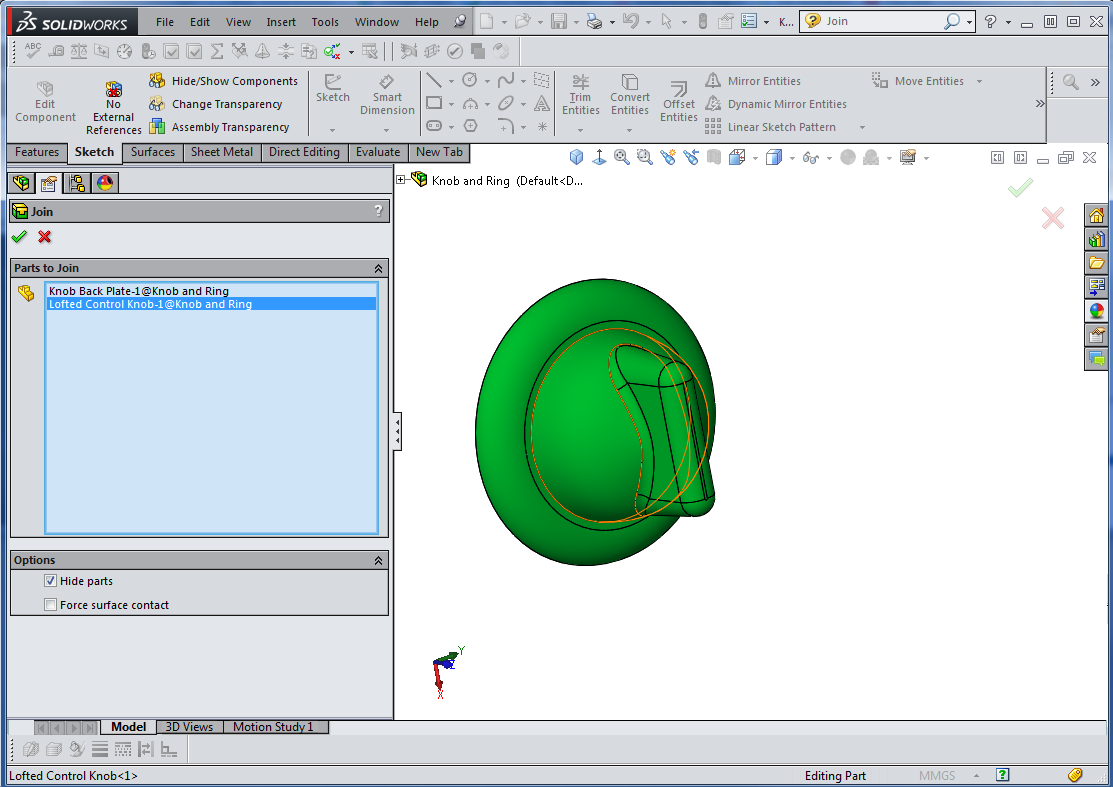 on the Assembly Toolbar. 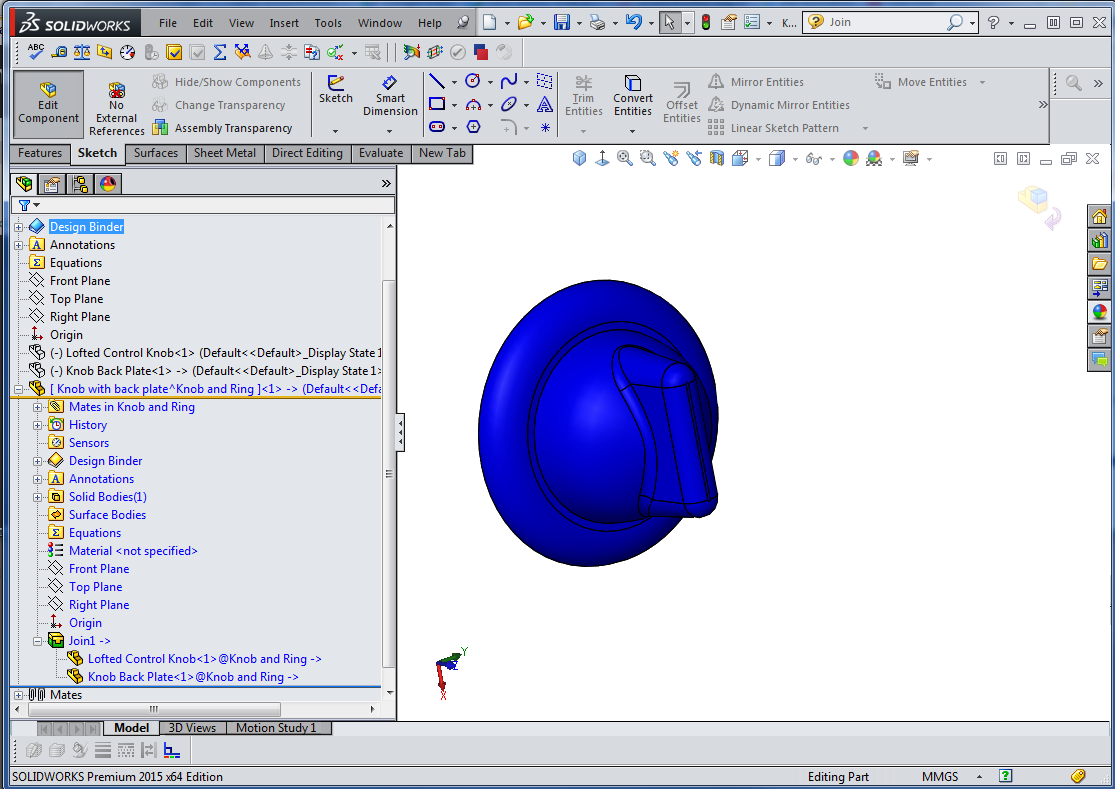 Update the assembly by Dissolving the sub-assembly and removing the individual parts leaving the joined part. 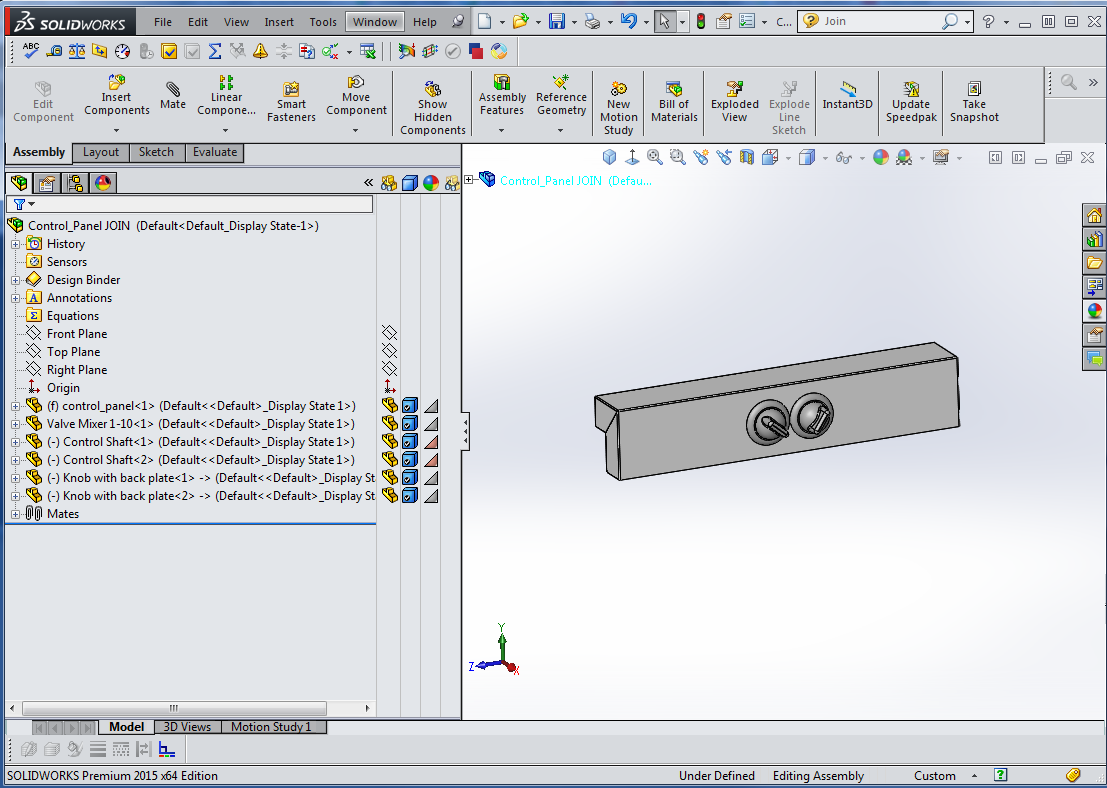 To edit a Joined Part

Edit a joined part by right-clicking the part in the FeatureManager design tree of the assembly OR in the graphic area and select Edit Feature.

Click the parts that you want o remove from the joined component or add additional parts to be joined. To remove all parts, right-mouse click in the graphics area and select Clear Selections. Click OK.

SOLIDWORKS For Entrepreneurs and Startups

One comment on “The SOLIDWORKS JOIN feature. What’s that?”