2016 has been a good year for enhancements to Flow Simulation.  One of the best enhancements is the Mirrored Results for symmetric studies.  Analysts have run symmetric models for years, reaping the benefits of shorter solve times, and reduced mesh genertaion.  As long as the geometry and boundary conditions can be symmetrically divided, the symmetric analysis approach to CFD(Computational Fluid Dynamics) is very beneficial.

Take for example the aircraft shown below.  Typically the domain would fully encompass the aircraft, and a mesh be generated for the entire domain.  If the air flow over the aircraft is straight towards the plane only half of the model needs to be analyzed.  Shown below is the symetric domian where only the right side(looking at the plane) is analyzed.  This literally cuts the solution in half. 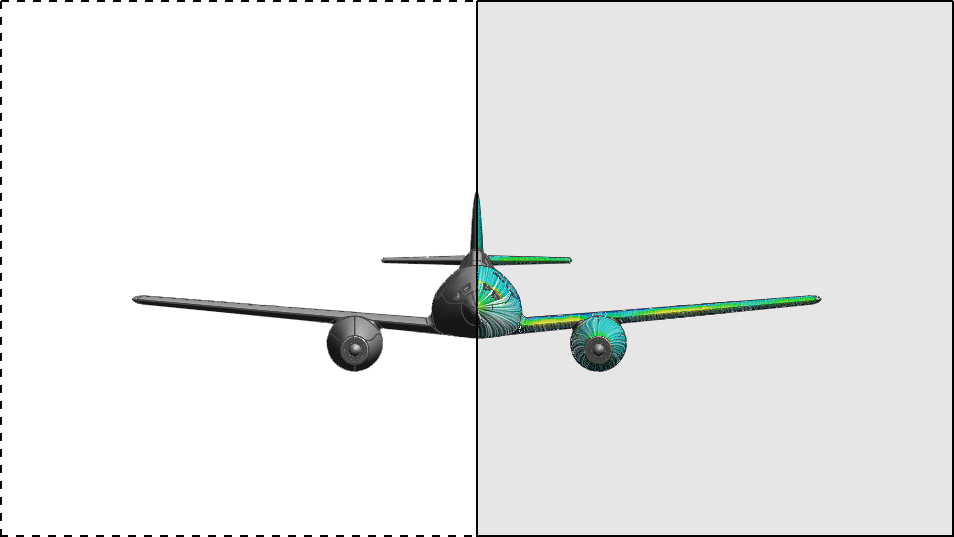 This process was always bitter sweet as the analysis runs much faster, but when you need to explain why only half of the aircraft is analyzed to a non techinical person the gain in speed looses its appeal. As you can see below most people would be curious as to why only half of the jet shows results. 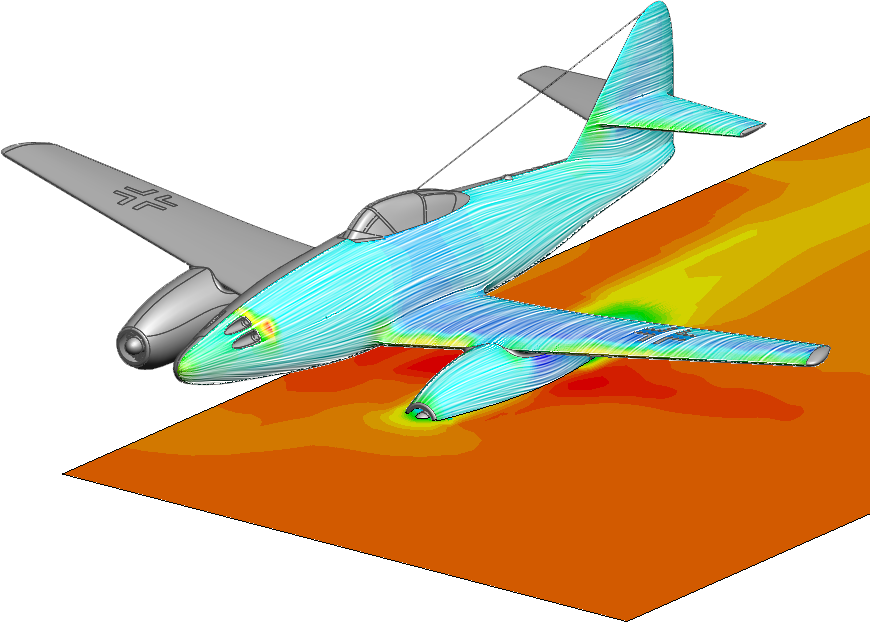 Now for 2016 Flow Simulation has the ability to mirror results for Cut Plots, and Surface Plots.  Under the cut plot, edit the definition and choose the “Mirror Result” radio button. 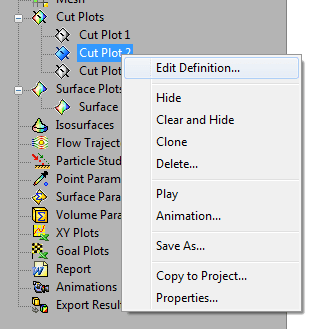 This option mirrors the cut plot you edited completing the visualization of the results. 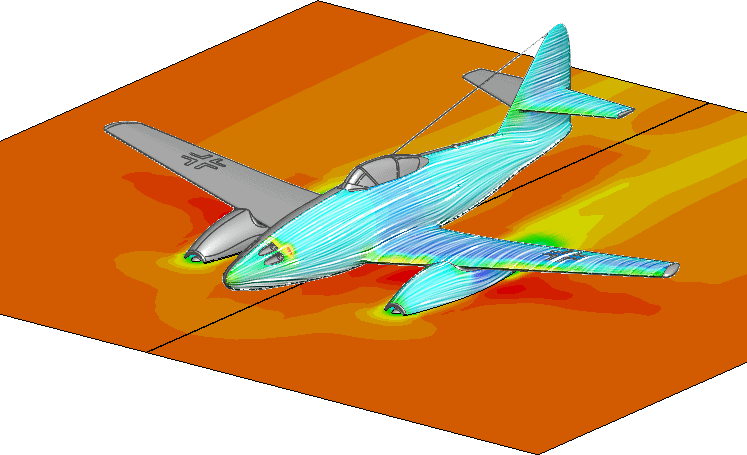 This new feature may seem simple but will save the engineer precious time.  Below is the surface plot mirrored using the same process as the cut plot. 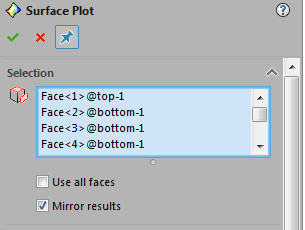 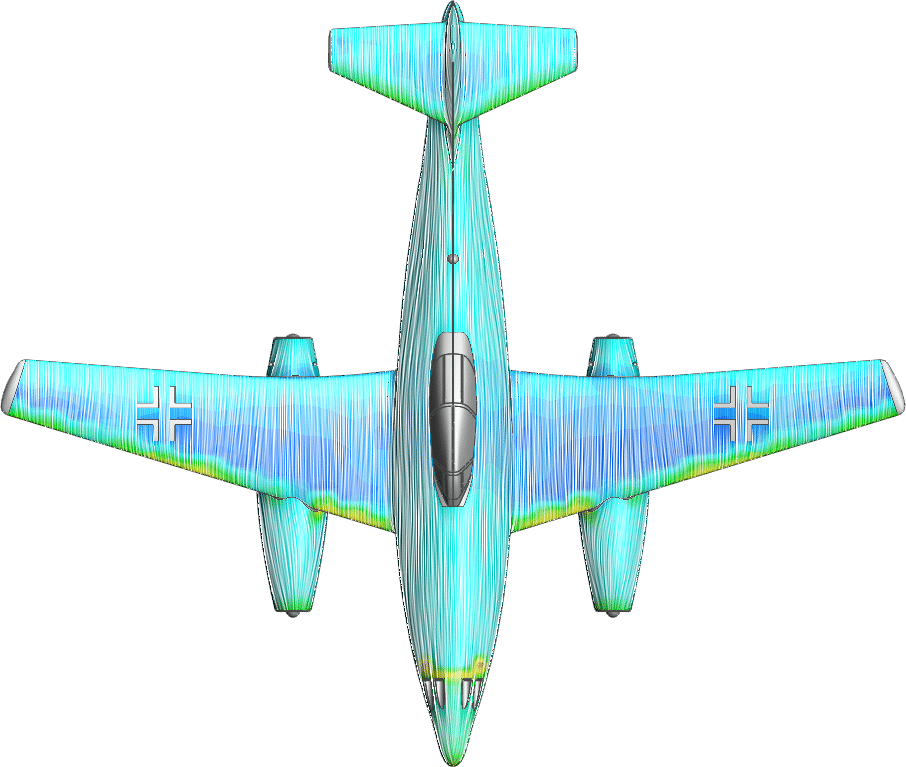 As we have seen in previous releases and the 2016 SOLIDWORKS is continually making improvments to the software.  Little improvments such as the Symmetric Results plots in 2016 Flow Simulation greatly enhance the usabilty of Flow with a simple radio button.  Thanks to SOLIDWORKS continual improvments our users are Better, Faster, and Smarter.

Creating New Materials for Use in Simulation Studies

Do you need a specific type of machine to run Analysis?

How Integrating CAE into the R&D Workflow Saves Costs