How Do You Change the Icon Color Options in SOLIDWORKS 2016 SP3.0? 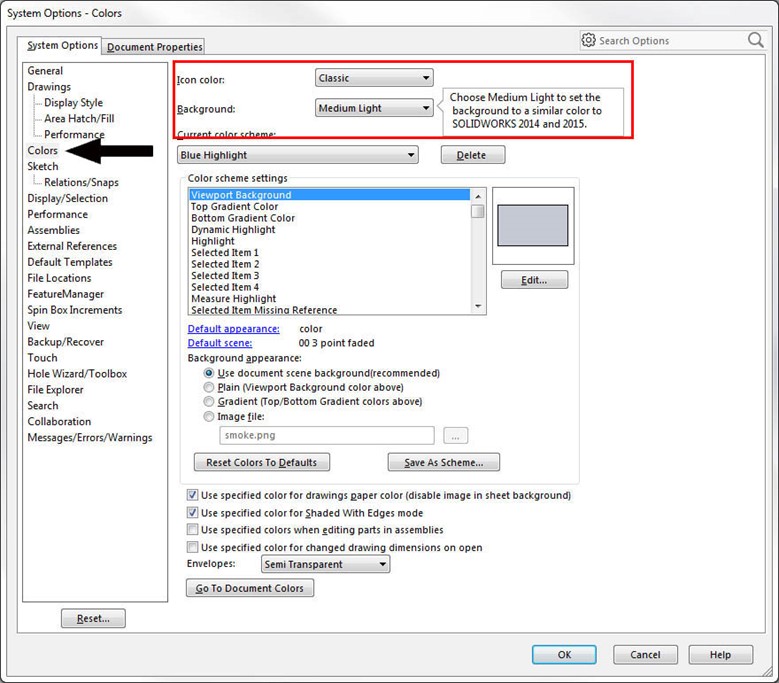 The new SOLIDWORKS 2016 SP3.0 Icon color option has two color schemes for many of the icons in the user interface. You can choose from Default or Classic.

Interface Brightness has been renamed to Background. So, when Classic is selected, SOLIDWORKS suggests that you pick the Medium Light Background option. Medium Light is a new option for the brightness of the user interface.

To see the changes, here is the new Classic Icon color with the Medium Light Background: 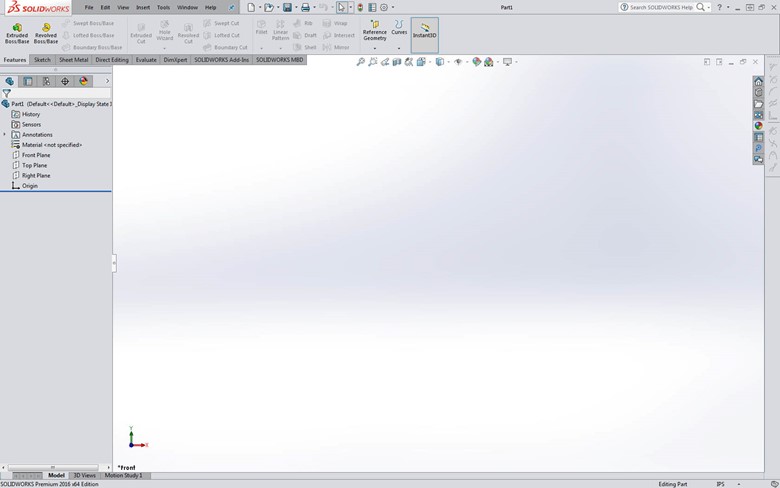 Versus the SOLIDWORKS 2015 Interface: 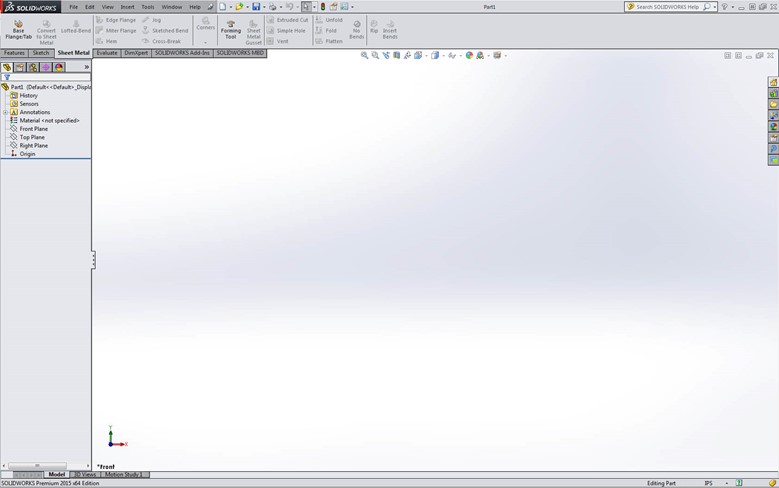 It is not identical, but close enough. According to the release notes, icons in the FeatureManager Design Tree have been changed as well.

•The icons for bodies, parts, and folders are blue instead of gray.

Note: The Help documentation is based on the most current fully distributed release of SOLIDWORKS and is not updated as often as something like the release notes (http://files.solidworks.com/Supportfiles/Release_Notes/2016/English/relnotes.htm).

If you were one of the SOLIDWORKS users that complained about the new interface and wanted the old one back, there you have it.

“Round Table” meeting with SOLIDWORKS Developers