Continuing with our discussion on graphics performance with SolidWorks; in this article we will explore our analysis and findings related to comparing different levels of graphics cards.

The cards tested and compared were from NVIDIA Corporation: 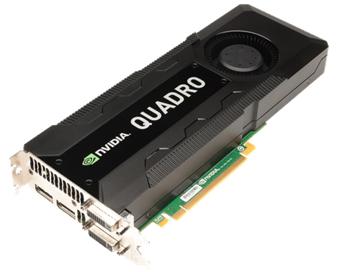 This testing yielded some pretty interesting result. In this article we are going to focus on a comparison of the different levels of graphics cards and their effect on SOLIDWORKS performance.

Many people purchasing a graphics card go in with the same assumption; more is better. The results of our efforts showed that this is not necessarily true. When running our 5 cards through 20 functionality tests each, we were able to isolate conditions where more expensive and powerful cards were effective and where they would be considered overkill.

When comparing the cards against each other and ignoring model size the only functional areas that showed significant improvement as we climbed up the chain to more and more powerful cards were Lightweight and Large Assembly Mode as well as Image Quality (when Image Quality was cranked to a level we would recommend avoiding in the first place). Every other tested function showed small improvements but not improvement to the level of most expectations.

As I said previously, taken on the whole, there seems to be no compelling reason to buy graphics cards beyond the NVIDIA Quadro 2000 and that is the card we chose put into our Practical machine. On the other hand when we delve a little deeper and look at the results comparing the different cards as they relate to different model sets we start seeing potential justification for the more powerful cards. That is the subject of our next article. 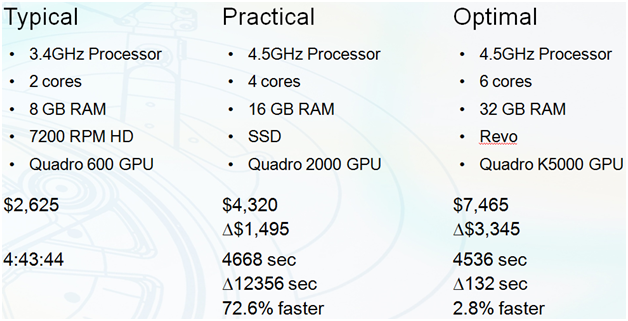