How does guide curve influence work in a SOLIDWORKS loft feature?

I get this question often when I am teaching students how to use a loft command. Here, I will show a few examples that will explain in more detail what the differences are.

Let's start with "to next guide." This option only makes a difference when you have more than one guide curve. If you only have one guide curve it will behave exactly the same as "global." In this example I have a simple loft with two guide curves. 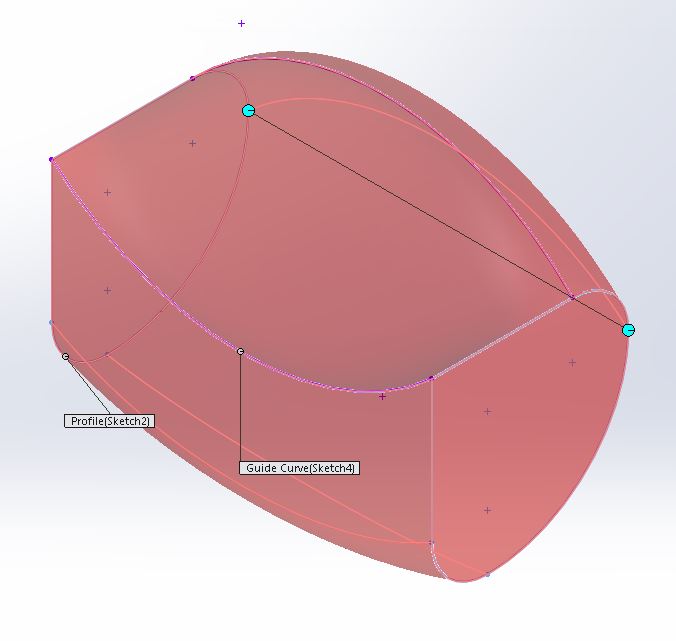 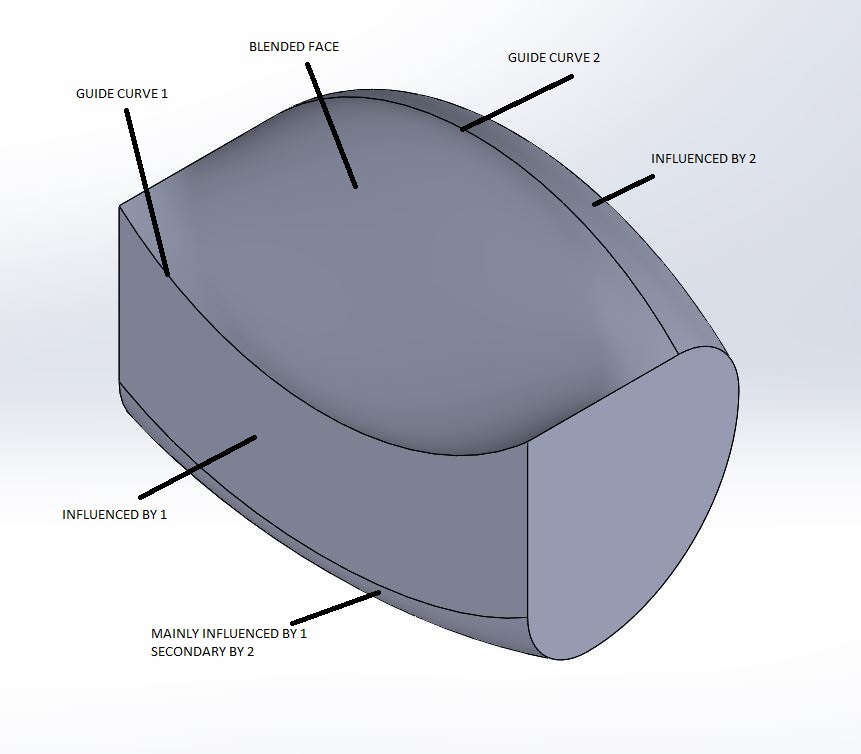 Now, lets look at "to next sharp." In this example I will show it with a single guide curve. 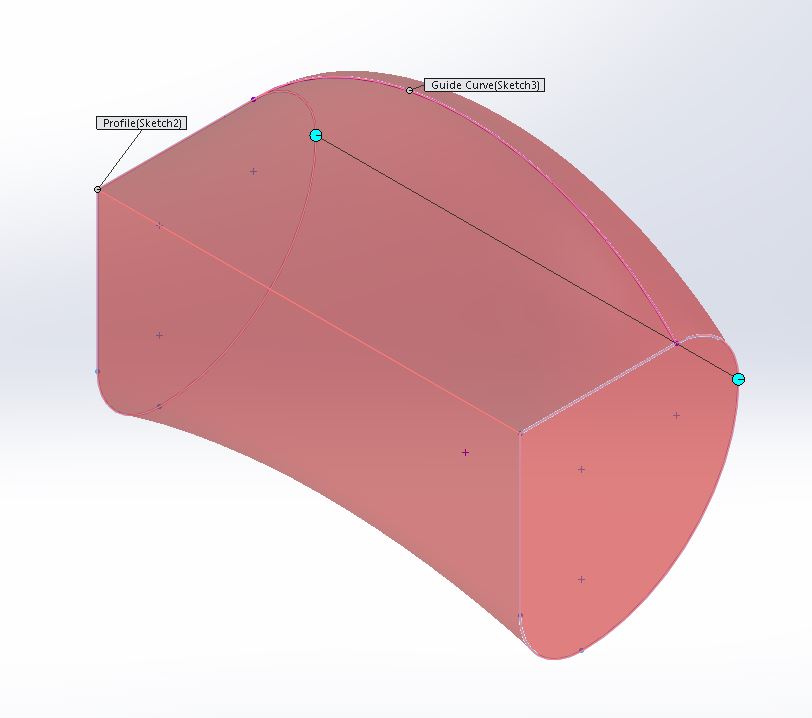 When SOLIDWORKS says sharp they are referring to a sharp corner in your loft profile. My profile only has one sharp corner so there is influence all the way around the part except for the sharp corner. The further away from the guide curve the less influence there is on the face. 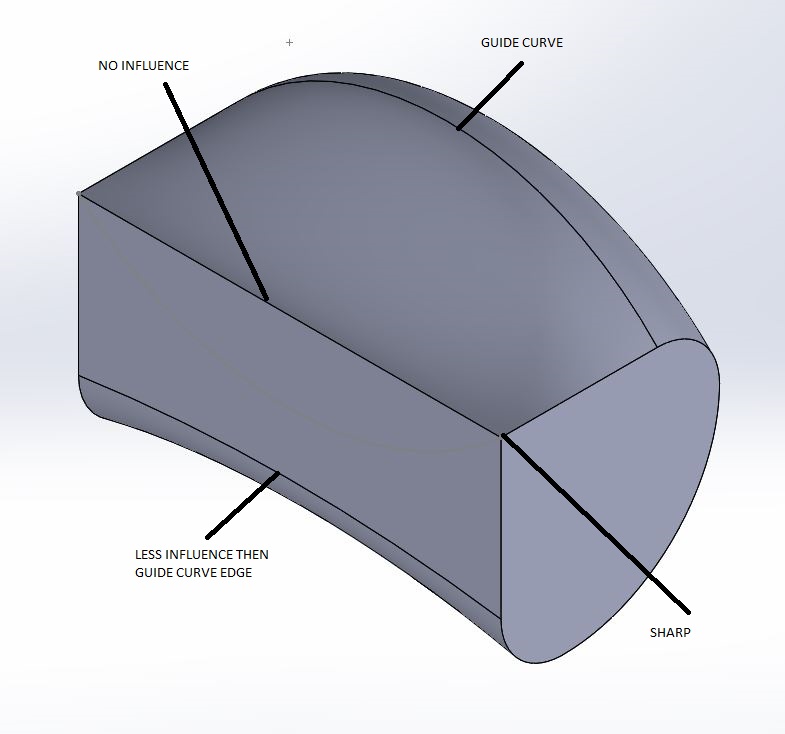 Influence "to next edge" works exactly like "to next sharp" but looks for the end of a sketch segment instead of a sharp corner. 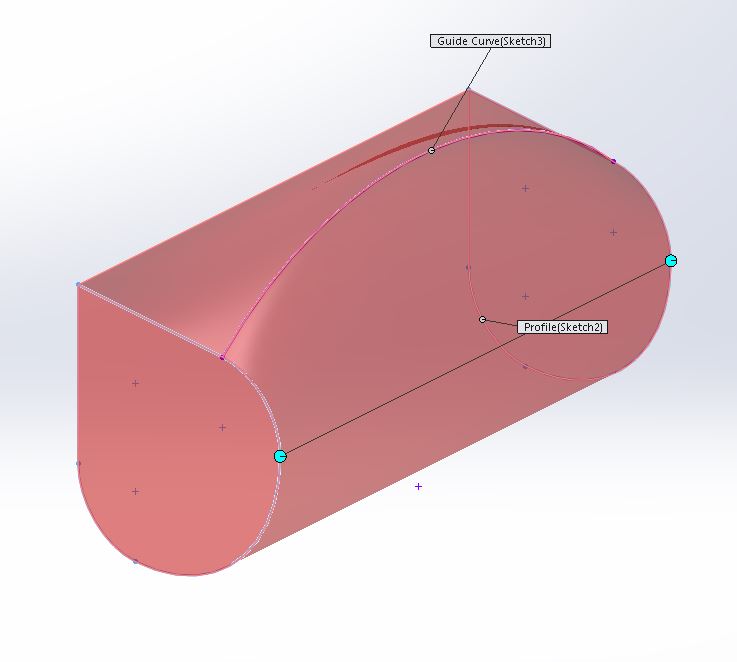 At the end of the edge if it is a sharp corner or a tangency to the next entity SOLIDWORKS will end the influence of the face connected to the original guide curve. 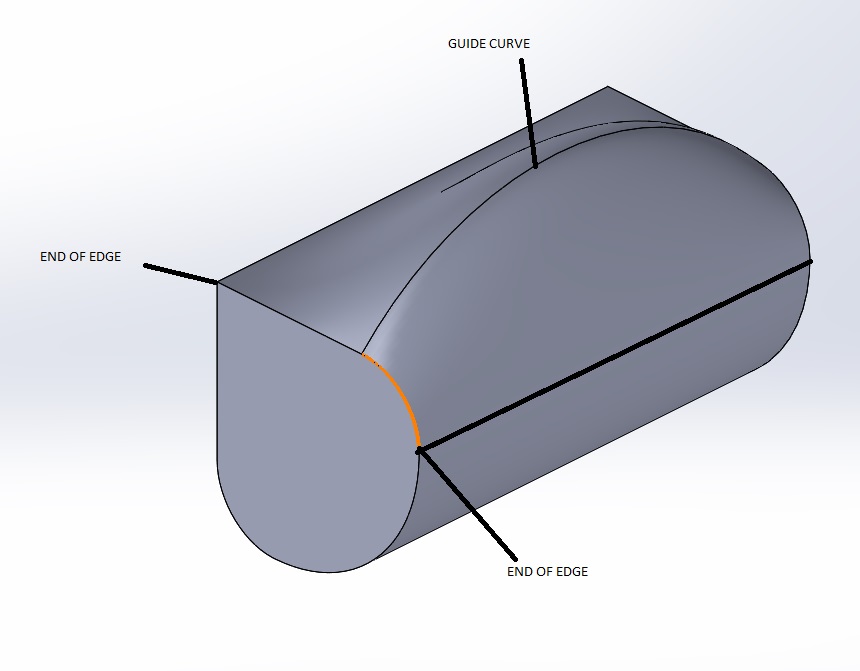 Finally with a "global" guide curve influence edges and sharps do not end the influence of a face. 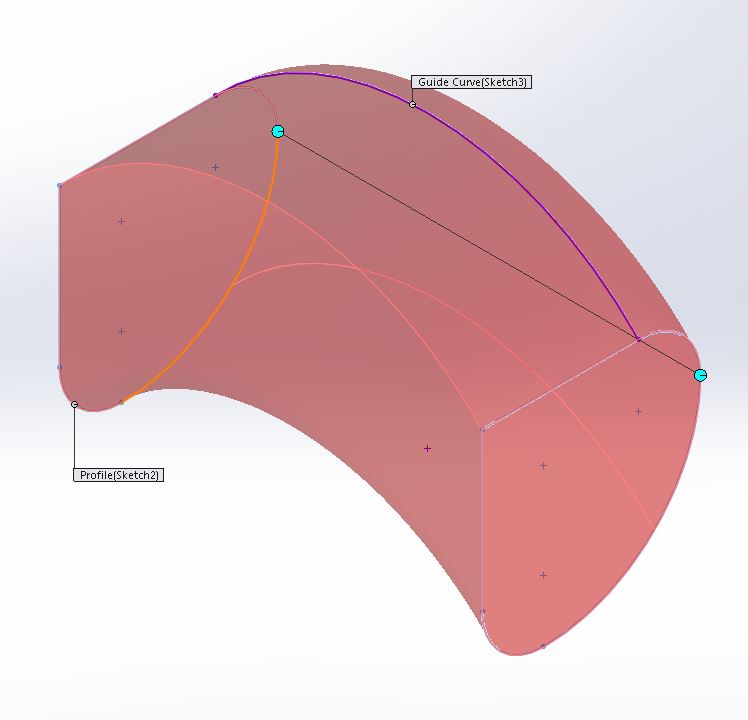 The guide curve shape is used throughout the entire part. If the part has multiple guide curves then it blends them based on proximity to the closest guide curve similar to the "to next guide" option. 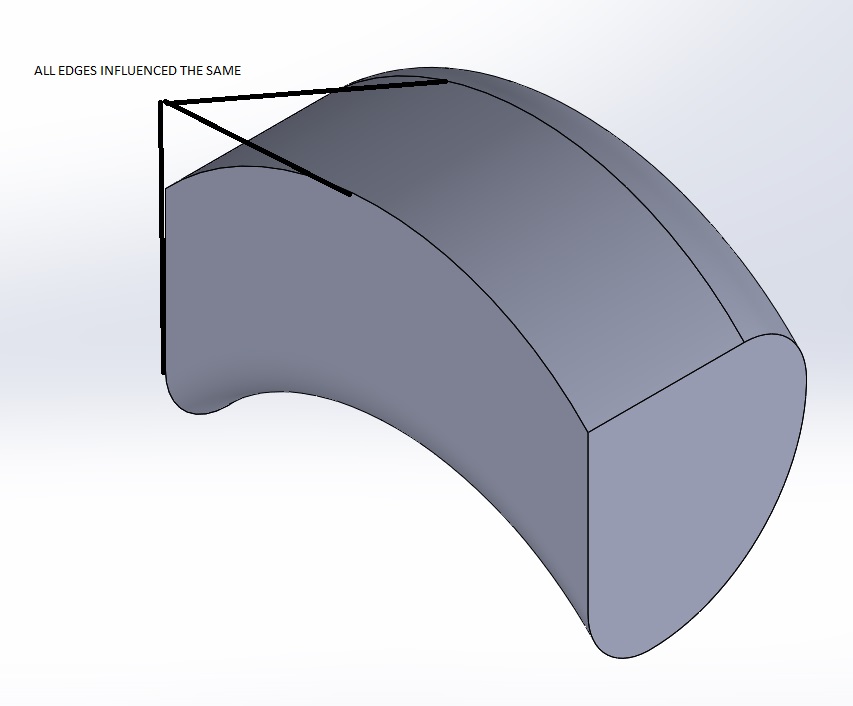 I hope this sheds some light on the tangent influence options.