Recently I was asked if SOLIDWORKS Simulation could simulate a projectile striking another object.  In this case specifically the projectile was gravel and the object was a vehicle fascia.  I had to think about this for a second.  Usually when an engineer thinks of FEA they think of a linear material, static loading cases, and small displacements.

SOLIDWORKS Simulation Premium shatters these expectations with a silver bullet by offering not only Non-Linear materials, but Transient(dynamic) Large Displacement problems.  Non-Linear Dynamic analysis sounds to me like gravel being hurled towards another object.  I found an old data set locked away in my PDM Professional Vault  that was very close to the described analysis above.  I cannot take credit for this cool file set but I do want to show you how it was setup and the results for it.

The model is a plate of steel 0.625″ thick and later fixed on both ends.  A bullet is modeled in space 20″ away from the plate, and will receive an initial Velocity condition of 12000 in/sec.  The study is specified as a Non-linear Dynamic study by choosing the “Dynamic Button” at the bottom of the study property manager. 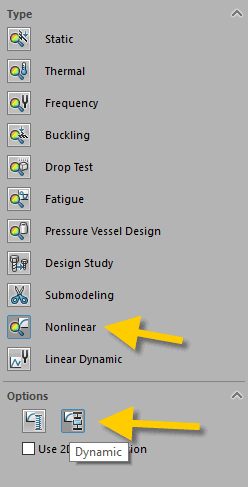 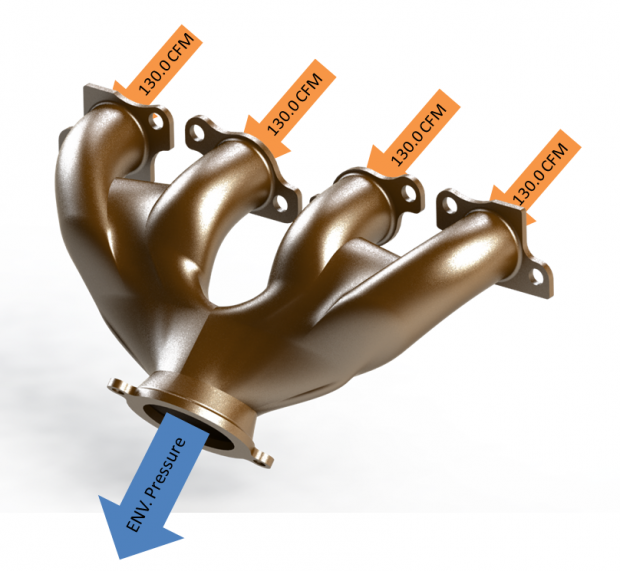 General carbon steel was used for the plate and bullet.  Note that a more realistic representation of the deformation in the bullet is achievable by using the correct material of lead and Non-Linear mathematical material model.  The edges as previously mention are fixed using the fixtures inside Simulation.  The bullet has an initial velocity condition assigned, and between the two parts a No Penetration contact was assigned. 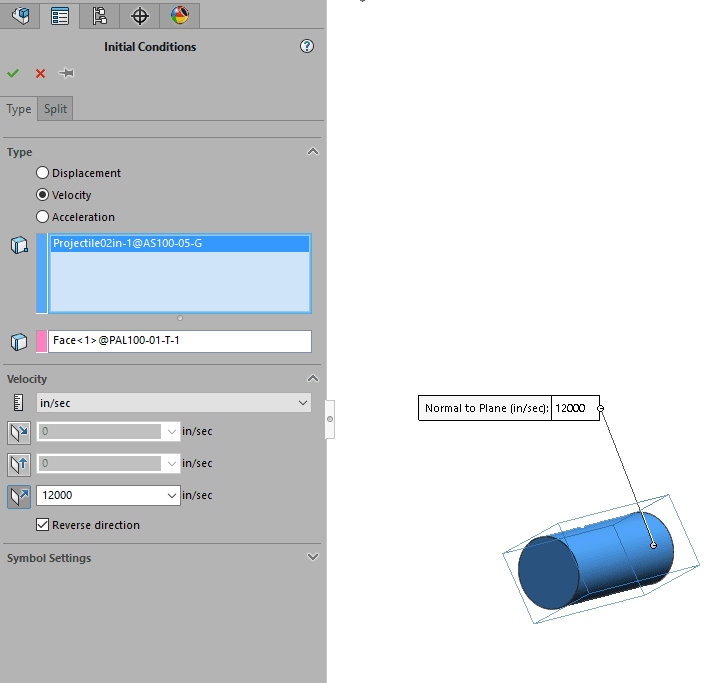 The bullet is traveling at a high rate of speed and the simulation needs to accommodate this by capturing a set of data at small time increments.  A maximum step of 0.0005 was specified in the study properties.  Note that a damping specification was not used as this was a proof of concept, so after the initial impact the plate continues to flex from the rebound.

The results are fantastic.  The first two animations below show the stress develop in the plate as the bullet hits and later ricochets off the target. The third animation shows the displacement of the plate due to the impact.

SOLIDWORKS Simulation Premium provided engineers with a Silver Bullet, empowering them to attack Dynamic problems with confidence.  I hope the next time you have a dynamic impact problem you think of Simulation Premium.  I know I will.