Context modeling in SOLIDWORKS is a powerful way to create components that share a relative size and shape of other parts. By changing the size of shape of a part that is being referenced all referenced parts will also change. When editing a component in context the default transparency is to have all components except for the part being edited to be see through. This is called force transparency. 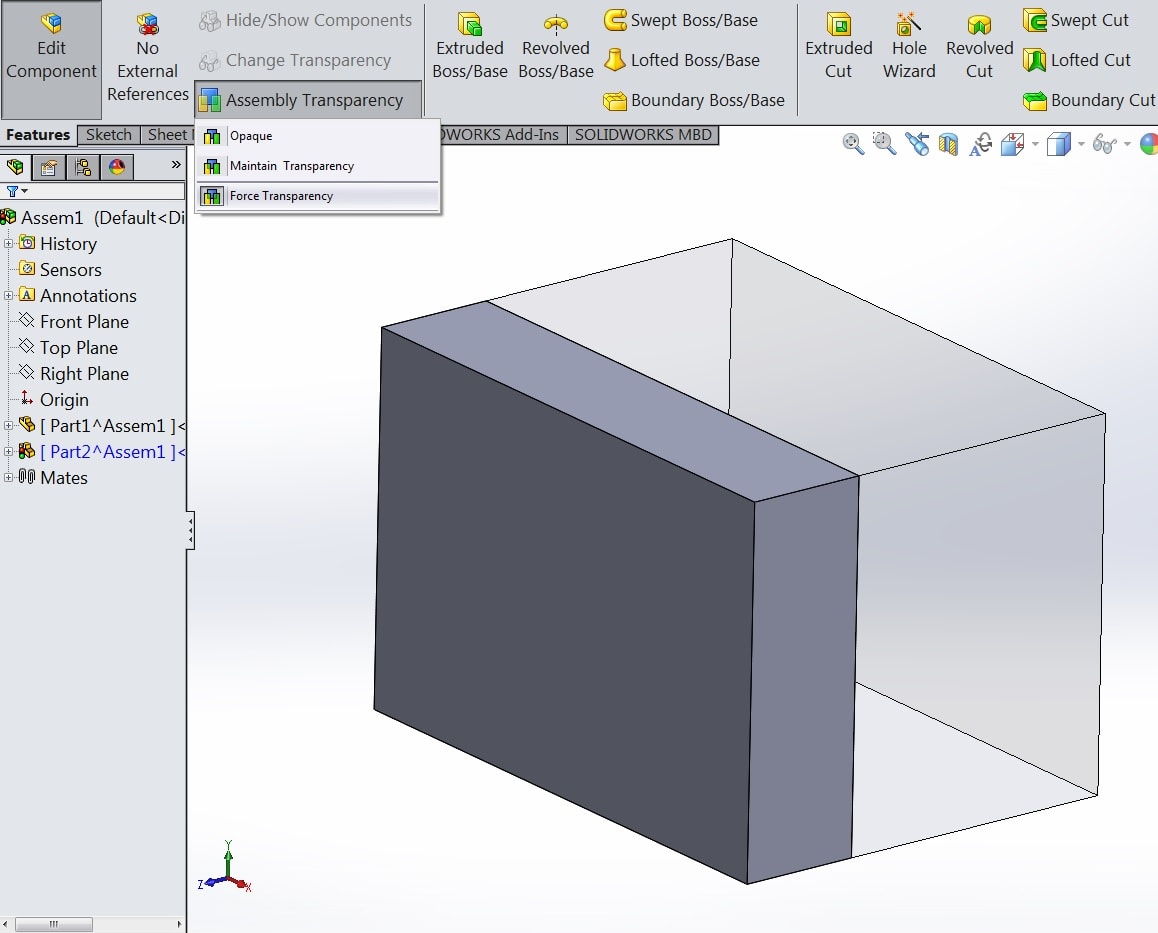 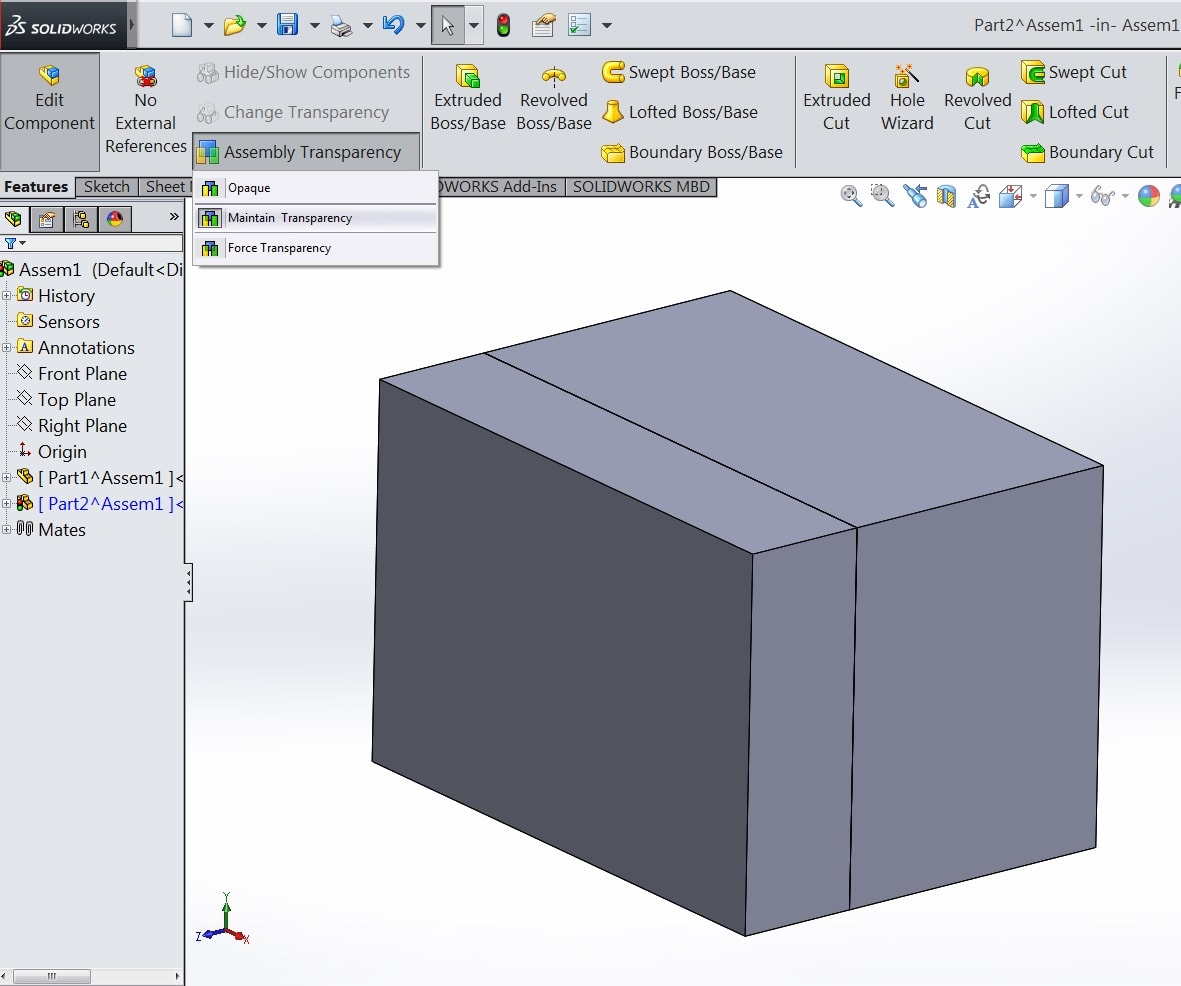 Now when you set the part being edited to transparent you will be able to see through it. 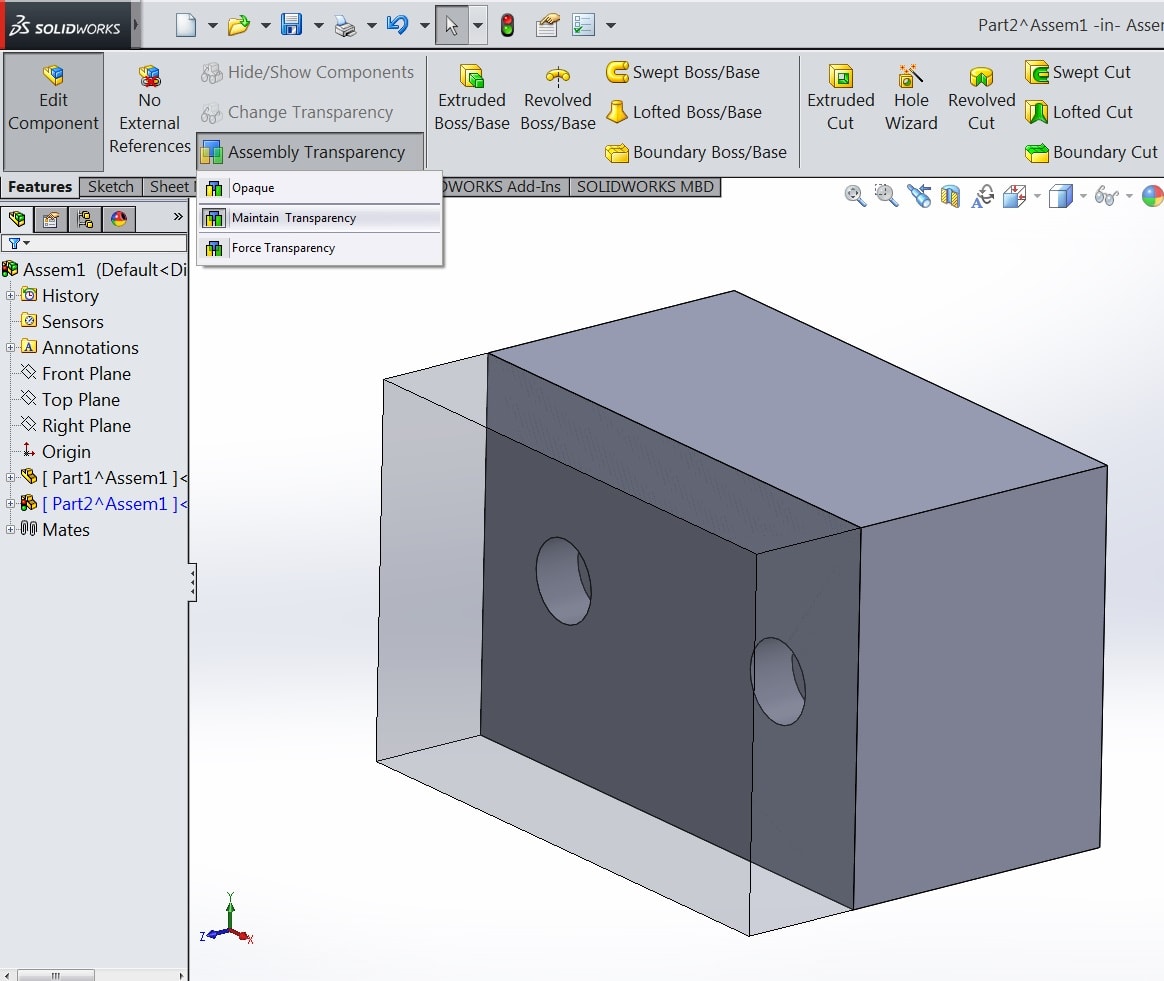