SOLIDWORKS envelope vs. exclude from BOM

I was recently asked "What's the difference between Exclude from BOM and envelope in SOLIDWORKS?" More importantly why would you choose to use one over the other if they have a very similar function. The envelope feature in an assembly was updated in 2013. It requires more setup but gives you more functionality. The example in the help notes is really useful. They create a large cylinder to give you an idea of the space required for a human to operate a machine. Then they use that cylinder to select parts that may be interfering with the work space. 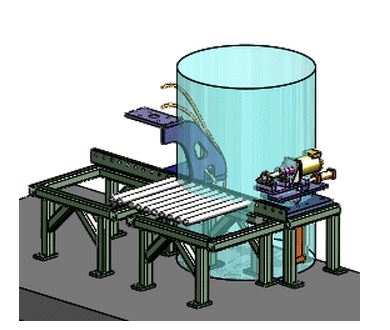 Because it is an envelope part it isn't added to the BOM or mass properties but can exist in the assembly. Here is the selection of parts that overlap the cylinder.

Exclude from BOM only does that one thing. I would use exclude if I needed to show something as reference, like a joining piece or a human model for scale and it didn't belong on the BOM. That way it won't look blue/transparent like an envelope part when I put it shaded on a drawing.