Here’s a fun SOLIDWORKS issue to try and figure out … with an easy fix!

When trying to modify a dimension by inputting dimension values into the Modify dialog box, the Add Equation dialog box appears.

Answer: This may seem too obvious, but make sure that the "Num Lock" key is on. 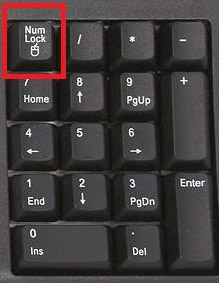 If the "Num Lock" key is NOT on, then the numbers are not numbers anymore but are the Windows shortcuts as follows:

So, in the Modify Dialog box, if the "Num Lock" key is NOT on, number 2 and number 9 are hotkeys that bring up the Equation editor. The number 3 brings up the Shared Values dialog box.