Print 3D Models using your iPhone as a 3D Scanner…Really

With the recent surge in use and awareness of 3D printing
and additive fabrication solutions, the need to create and utilize 3D data has
greatly increased. Classically the mechanism to create this data model has been
either using a 3D CAD tool such as SolidWorks to build your model or starting
with scanned data of an existing physical model.

High cost/high precision scanners have been around for quite
some time but with a relatively high price point they haven’t become a
mainstream tool. In addition, several low priced scanners have become available
in recent years. However, how about just using your phone as a scanner? Granted,
if you are doing high-precision, high-tolerance work this is not an option for
you. But, what if you simply need a physical concept model to work with?

Recently I downloaded and tested an application for the
iPhone called 123D Catch from Autodesk. This is a free application that allows
a user to capture pictures of a stationary object and then converts those, via
the cloud, to a 3D model. What I accomplished on my first try was impressive.

I simply put the object, in this case a Godzilla model
(Japanese import) on my desk and took about 25 pictures with my iPhone 4S in a
360 degree fashion around the model. These pictures are then uploaded to the
123D server and stitched together. The end result in the application looks like
this: 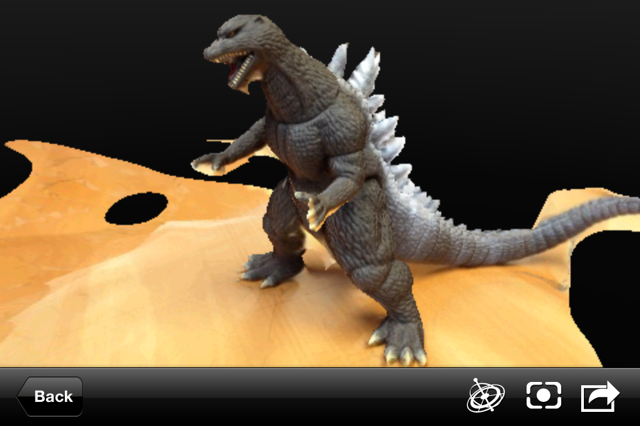 This model can be rotated and zoomed as well. The detail was
quite good. After that, one of the folks on our 3D printing team took the data
and created an STL model. In turn, that model was sent to our Stratasys/Objet
Connex printer with the following result: 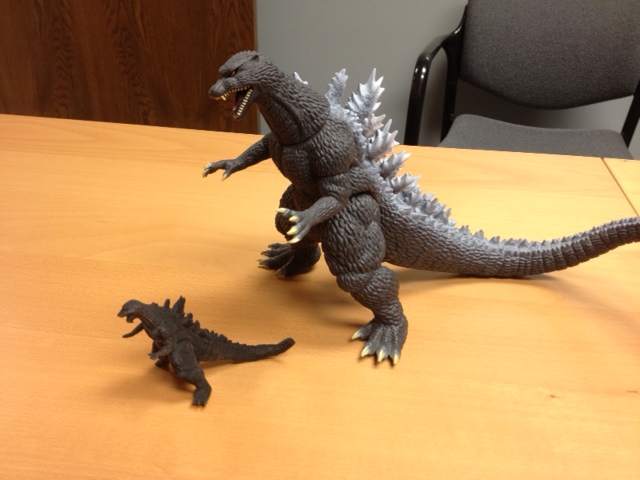 The original model is the larger one. For speed, the model
was scaled down when printed. A detailed pic of the printed model is below: 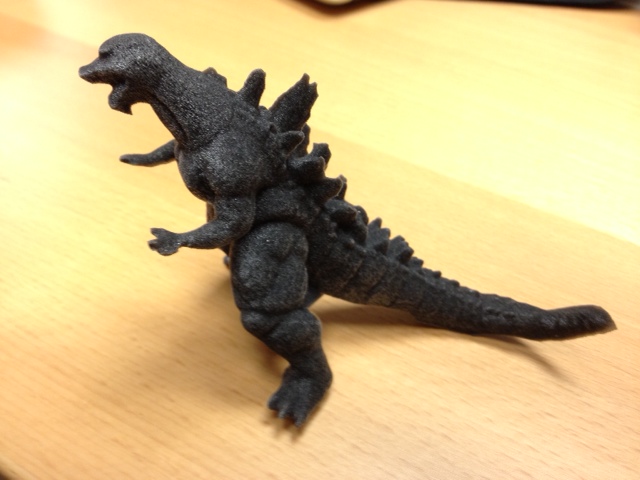 As you can see it is not perfect. Remember, this was done
with a free application on an iPhone. Let’s give this technology a bit more
time and we should see some real progress. Either way, 3D printing is a
juggernaut that will not be stopped.

Want to Print a Metal Part? Why Not Start with Plastic!?