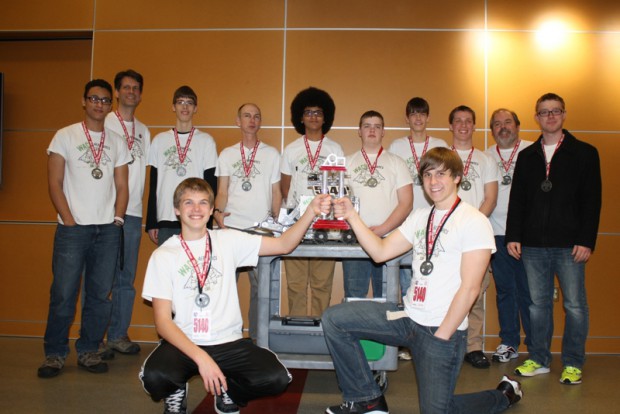 Here is one of the final matches

WACO Aerobotics was just getting started and competed in the Des Moines Iowa at the North Super Regional Championship this past weekend. There were 72 teams from 13 states in the north central region of the United States. The team went on a roller coaster ride of emotions for three days straight, but finished with big smiles and once again moved on to the World Championship!

The US First FTC World Championship event will be held this year at Union Station in St. Louis Missouri on April 22rd – 25th. There the team will compete with the top 128 FTC teams in the world. There were over 4,500 teams registered this season, so the competition will be tough, but the team is excited and ready to go.

3DVision Technologies is a proud sponsor of WACO Aerobotics. Providing them several 3D printed components, printing consultation, and SOLIDWORKS Software to aid them in make the best robot they can.

We are hoping to have them attend our next 3D printing open house so continue to check our Events Page for the next event.

VLOOKUP going to next larger number