I think one of the great features added to the 2009 SOLIDWORKS release is the ability to include a cut list in your top level assembly BOM. Let's say your assembly structure looks something like this. 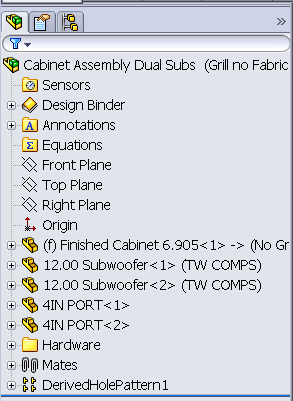 The first component listed just so happens to be a weldment. Even though it does not really get welded-cause its wood. I like to use the weldments feature for lots of things that I want a cut list from (It groups like items together-yeah!!!). So expanded out it looks like so: 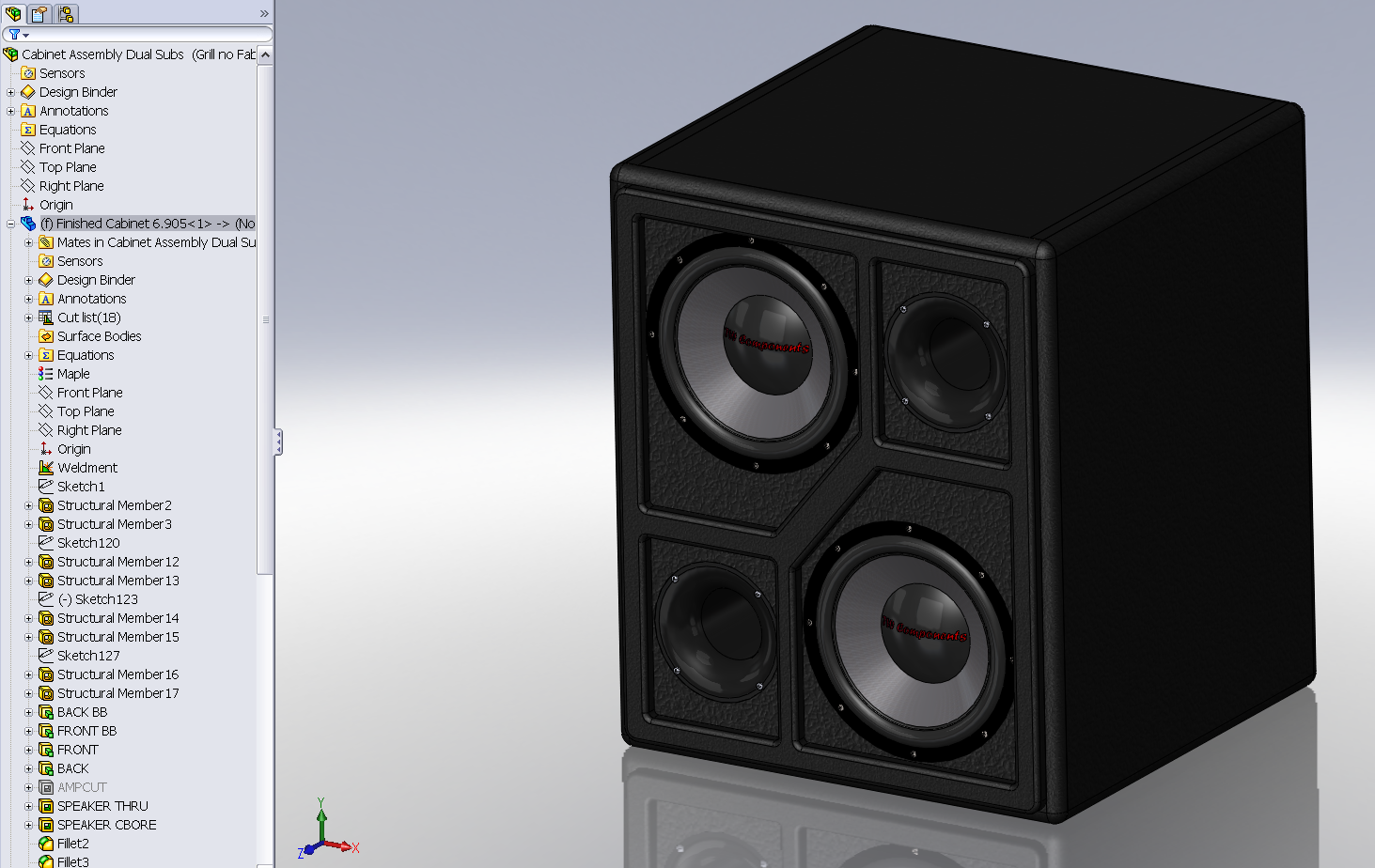 Now when you go to make your drawing, you'll need to check the "MAGIC BOX" 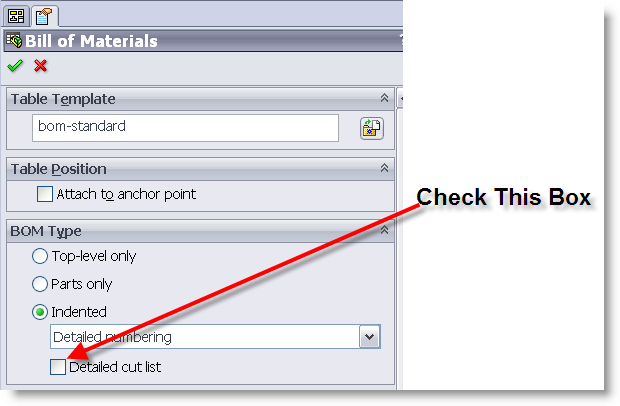 And the end result will look something like this. 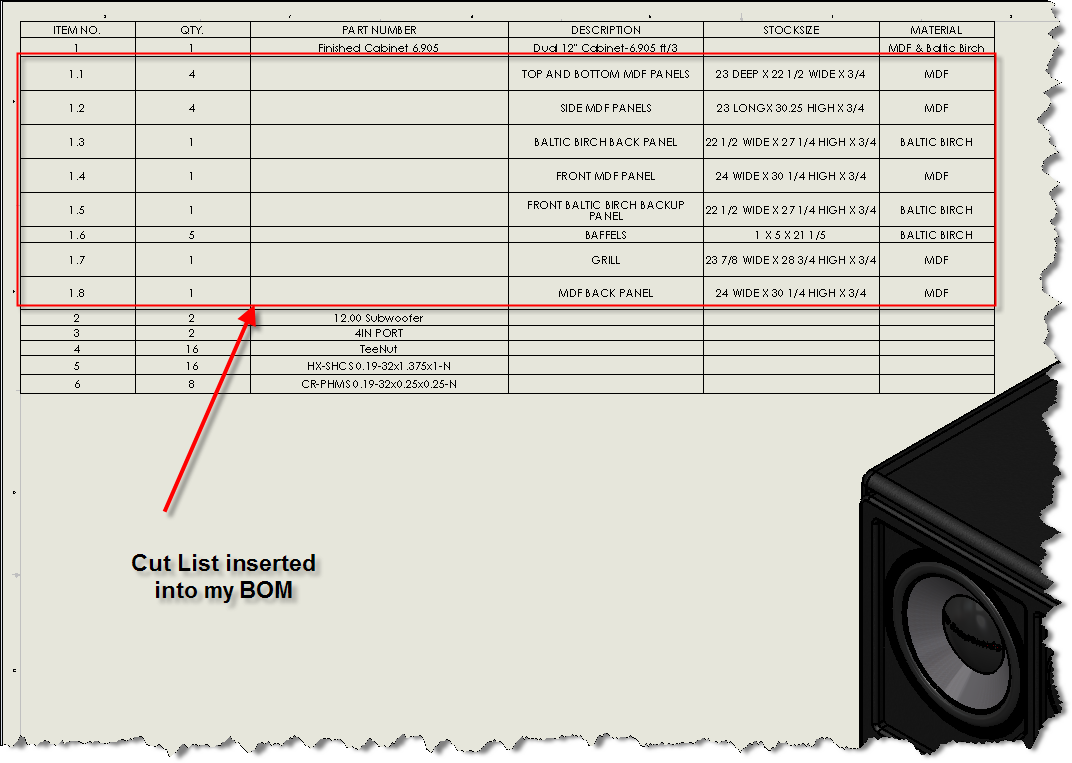 Now of course I had all of my custom properties filled out and the real column I was after was the "STOCKSIZE" because this is what gives me the cut list for the pieces I need. The cool thing about this is I get a pretty good bang for the buck for a pick list and a cut list all in one BOM.

By the way – don't think that your parts need to be "Weldments" in order to use that feature. Try and think out of the box!

Controlling Sub-Assembly components in the Bill of Material

SOLIDWORKS: Isometric Section View is a right mouse click away