Some scholars suggest the Windows “ping” command was first written in the early Ming Dynasty. I personally have been using it since Aunt Eleanor gave me my first PC as a graduation gift from preschool. However, I had only been using it as a simple connectivity checker. A few days ago, while debugging a SOLIDWORKS Enterprise PDM issue, it was recommended to me to add an “-l” switch to the command in this manner: 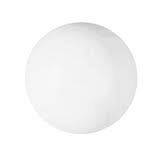 I knew the machines were connecting with each other, so I had not even thought to use ping. I first tried ping without the option, all packets came back. When I tried with the option none returned!

The -l option allows packet size to be defined.  A normal ping packet is only 8 bytes which is not a good test of actual TCP packets.  A typical TCP packet is usually 1500 which is why SOLIDWORKS suggests using this value. Any dropped packets indicate you may see a loss of performance.

This is a very quick, cheap way to get better feeling for the quality of your Intranet connection.

How to Create a Plane in SOLIDWORKS