Remember those “Tastes Great! Less Filling!” commercials from the 80’s? (Okay, you don’t have to remember, I just gave you a link.)

One of those arguments seem to come out every time I talk with people about the two toolbox options:

They both have their advantages…but which one should you choose?

Today, after talking with several SOLIDWORKS Toolbox specialists (who wouldn’t officially vote one way or the other) I am going out on a limb and recommend “Create Configurations” to all SOLIDWORKS Enterprise users. Yup. I’ve said it. Let the debate cease. Stick a fork in it, it is done.

Though let me add one twist to this method. Create all the configurations you need now rather than having the users create the configs one at a time as needed. If you create them one at a time: 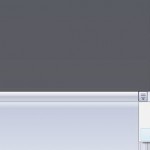 (click on the thumbnail to see a nifty little trick to quickly create all of the configurations.)

I guess the nice thing about this debate is that since so many people like one way or another, you really cannot go wrong with either method.

Setting Parts Colored and Opaque when Editing in SOLIDWORKS

SOLIDWORKS Concept to Consumer Tour: Coming to a City Near You

What are Workflow Sensors in SOLIDWORKS Simulation?