Recently for his 1st birthday my son received an interesting bath toy.  The toy has an electric pump that flows water from the bathtub out the spout through a suspended set of cups.  One of the cups funnels the water to a spinning wheel.  The other disperses the water through small holes, and the last has a floating center that rises as the water collects in the outer cup. 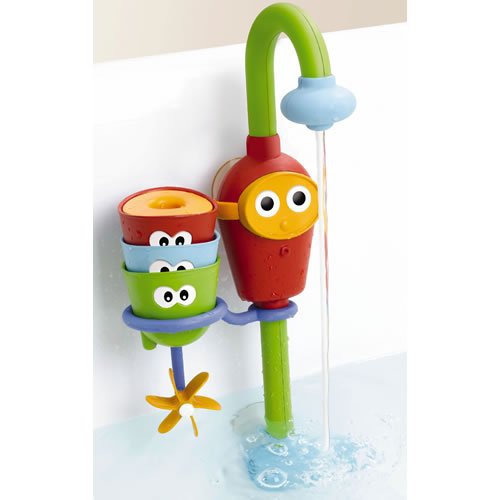 What I noticed is that the plastic arm that suspends the cups under the water flow may require a design change.  The issue arises due to repeated addition of force in the arm from my son. Although the arm is plenty sufficient to hold the plastic cups as designed it is not equally as designed for a 1 year old to repeatedly pull down on the end of the arm to remove the cups.  Repeated addition of this force has caused plasticity in the arm at the connection to the base.

Let’s examine the geometry to better understand the issue.

The larger ring accepts the cups.  The arm runs between the large ring and the small ring that mounts to the inlet shaft.  A small fillet is used to blend the interface between the arm and the small ring.  In my opinion this fillet is too small.  Here’s why.  Stress = Force / Area.  The smaller the area (fillet size) the higher the stress. 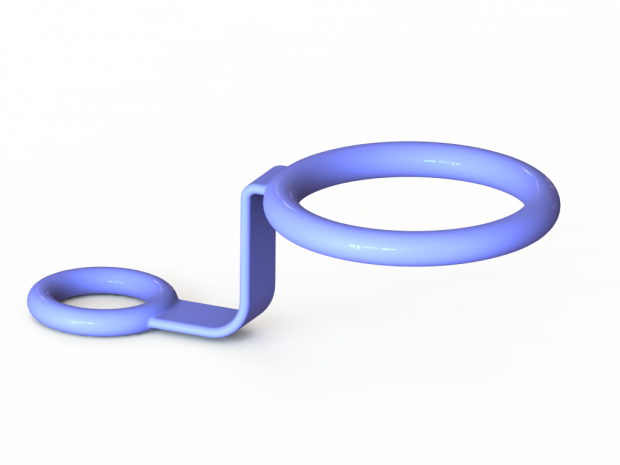 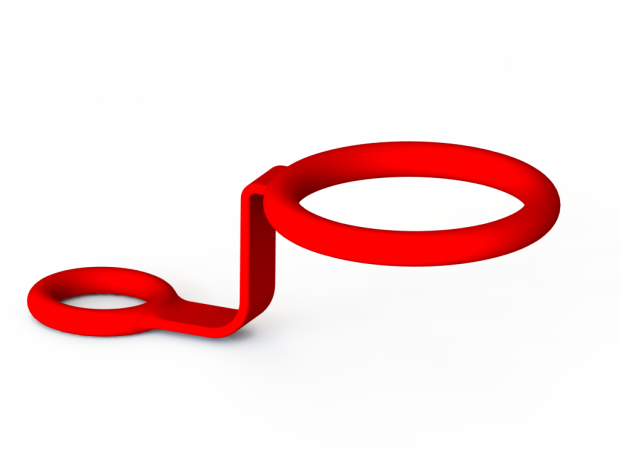 The problem statement is as follows:

My son takes a bath every night. On average the arm is bent 4-5 times during the course of the bath.  Based on the one month the toy has been in use 30 X 4.5 = 135 applications of force applied so far.  I will analyze the existing and the proposed  geometry for stress based on a specific displacement.  Next perform fatigue analysis on the existing and proposed design for the arm.

The arm is fixed at the recessed ledge where the collar meets the inlet shaft.  A specified downward displacement of 1.75″ based on my sons actions is applied to the outer most portion of the large ring.

Due to large displacement in the model and the nonlinearity of the material Simulation Premium was used to analyze the geometry. Note the material specifications are not exact and a generalized S-N curve was used for the fatigue analysis. A zero based loading was used for fatigue.

Original Design Showed 20000 PSI of stress at the fillet area.

A fatigue life of 890 cycles for the same area. 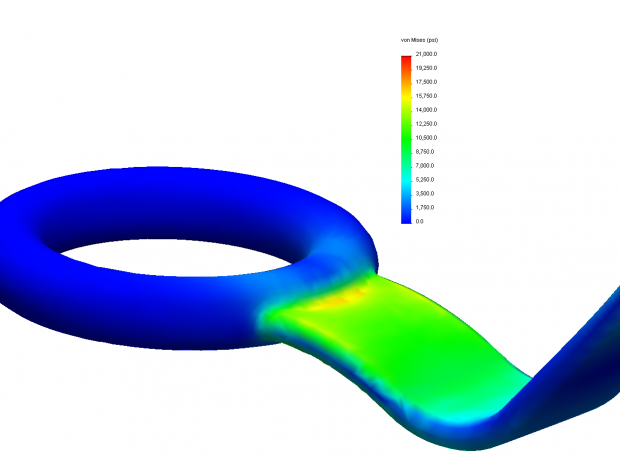 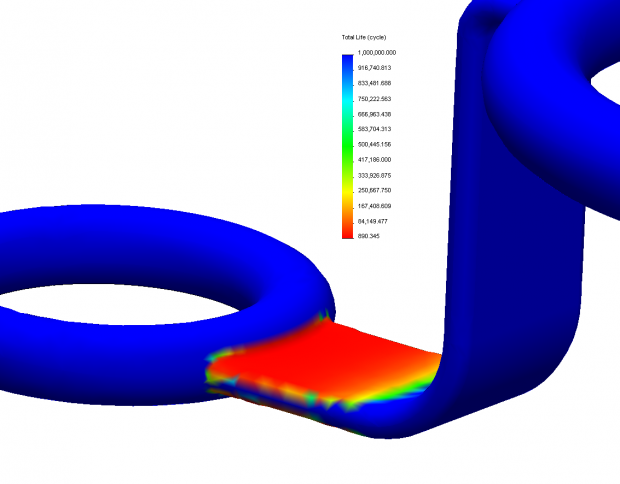 The modified larger fillet showed much improvment Stress of 10000 PSI and a fatigue life of 4000 cycles. 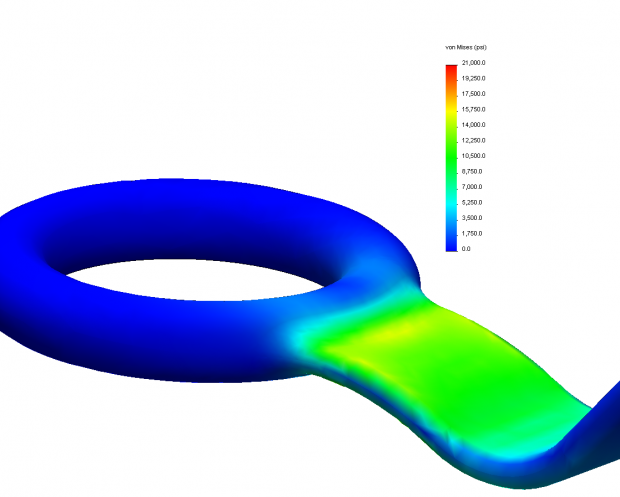 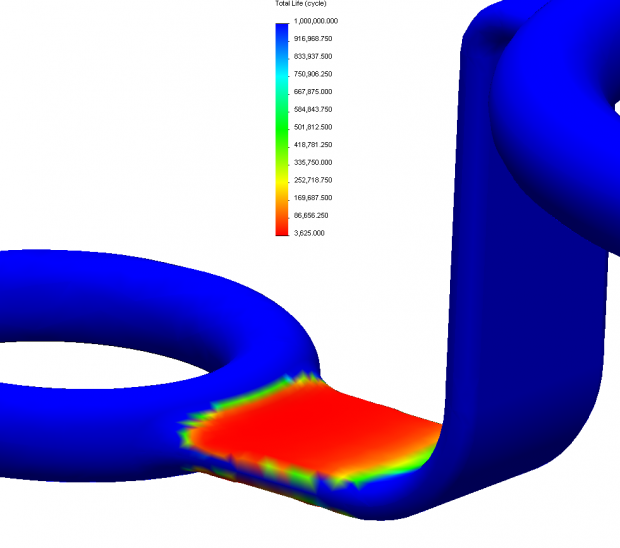 If the geometry is modified with a larger fillet the toy will be enjoyed a great deal longer.  From the design change a life of 4000 cycles, my son will be 4.  Before then, I am sure it will be passed on to a little brother or sister.

Speeding up dimension entry in SolidWorks