Instant3D was first introduced to SOLIDWORKS users in 2008.  This allowed you to dynamically change dimensions from sketch based dimensions to feature based dimensions by simply selecting a face of a certain feature in the model.  Originally this was introduced to the part modeling section of the software, but later added to the assembly environment as well.  As you will see from my example, not only can you dynamically change dimensions of parts, but you can also use this to edit dimension mates in an assembly as well.

As you can see, the Instant3D command is a button found on the assembly toolbar in the command manager. 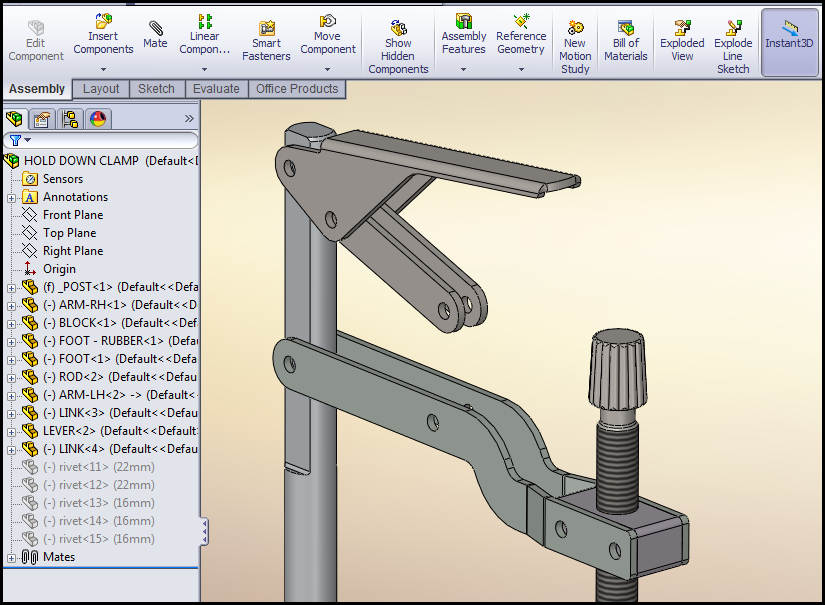 Next, I select on a face of this part to see what mates are associated with this item: 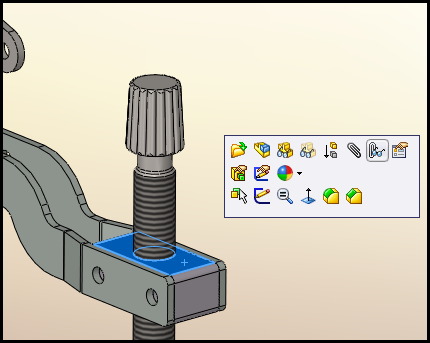 I choose the Distance mate and you will see the familiar mate options as well as the dimension for the mate.  The distance mate also contains a small blue sphere at one end of the dimension.  This is the Instant3D manipulator: 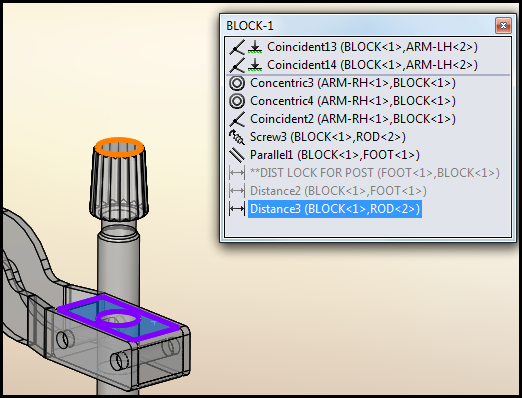 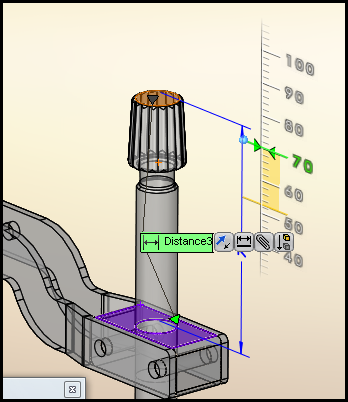 By holding down the left mouse button and dragging this up or down, you can dynamically change this dimension value to be a new size.

You can also obtain the familiar Modify Dimension box by double clicking on this same blue sphere: 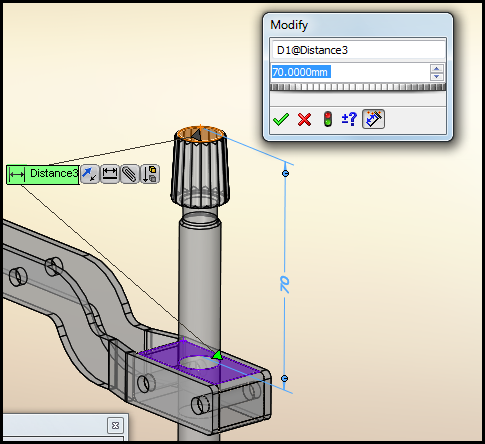 So you can still use the familiar modify box for changing dimensions as well as embracing the new functionality with Instant3D.

How to Show Sheet Metal Bend Lines in a Drawing