Teaching Kids How to Fling Stuff! With SOLIDWORKS and Trebuchets

STEM (Science, Technology, Engineering, Math) programs are on the rise and this is a great thing. Early September I was asked to participate in a STEM initiative the local Cub Scouts Pack 44 had decided to take on. The goal was to teach the Cub Scouts about physics, Engineering, and teamwork with one big project. A good friend of mine’s son is in the troop and he reached out to me to ask for the Engineering portion. The project was a trebuchet, and the goal was to throw a pumpkin the length of a football field. 120 yards is far, and means a big device to throw the pumpkin. Of course I said yes.

Let’s take a step back and discuss what a trebuchet is and how it works. Trebuchets were first developed in the 12th century and are most commonly associated with the middle ages.  A trebuchet is a siege engine primarily designed to break down city and castle walls. The trebuchet consists of several simple machines combined together to throw a heavy object long distances.

The trebuchet’s main parts are shown below, and include a frame, pivot, counter weight, throwing arm, and sling. 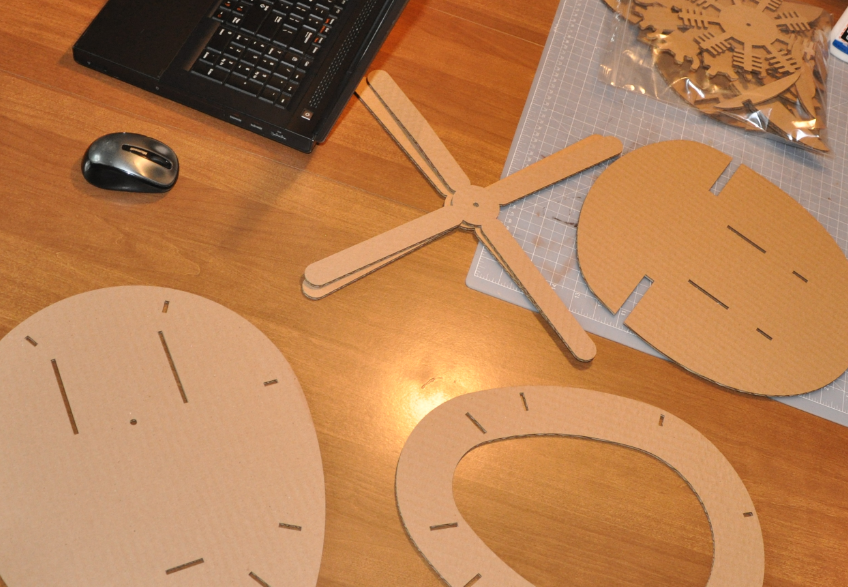 When the trebuchet is cocked and ready to fire the counter weight is lifted into the air creating a great amount of potential energy. Potential energy is the energy possessed by a body as a result of its position or condition rather than its motion (Dictionary.com). When the weight’s height is increased there is more potential energy created due to gravity, and the ability of the weight to fall the distance it was raised off the ground. The arm is held in place by a firing mechanism. At the opposite end of the are there is a sling attached to the arm that will guide the projectile swinging it outward along a circular path until it is released. 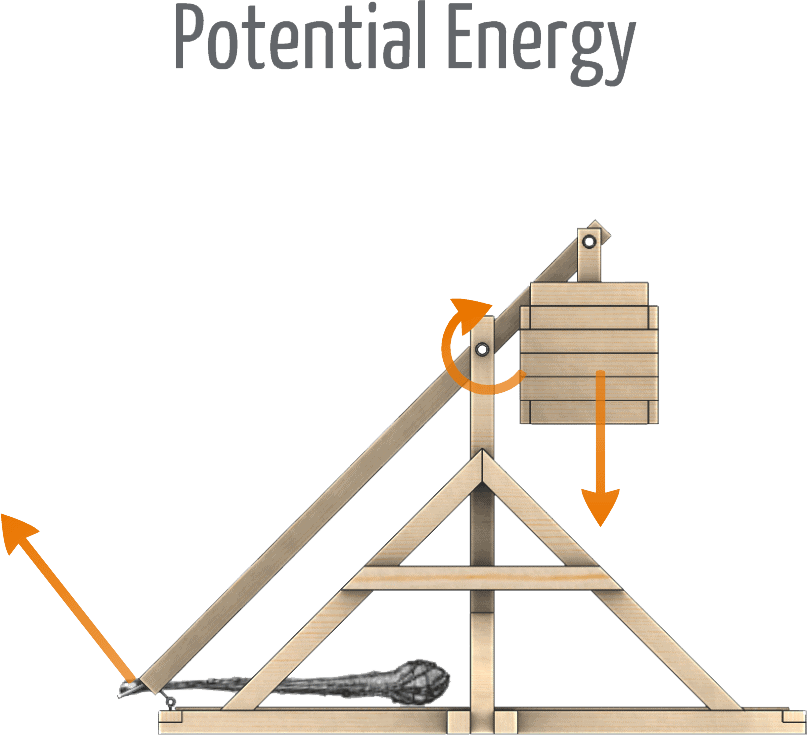 When the firing pin is removed the potential energy turns into kinetic energy allowing the weight to drop towards the ground and rotating the throwing arm and sling. Kinetic energy is the energy of a body or system with respect to the motion of the body or system (Dictionary.com). Due to centripetal force the sling is moved in an outward arc, and at the apex of the swing the projectile is released sending it down range. 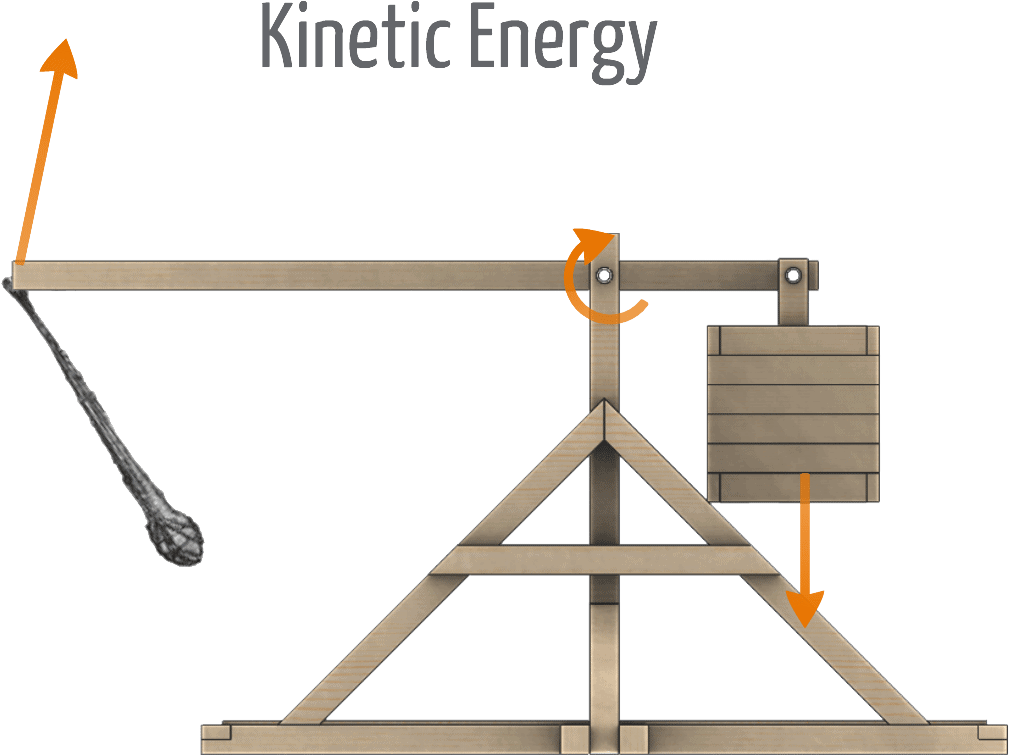 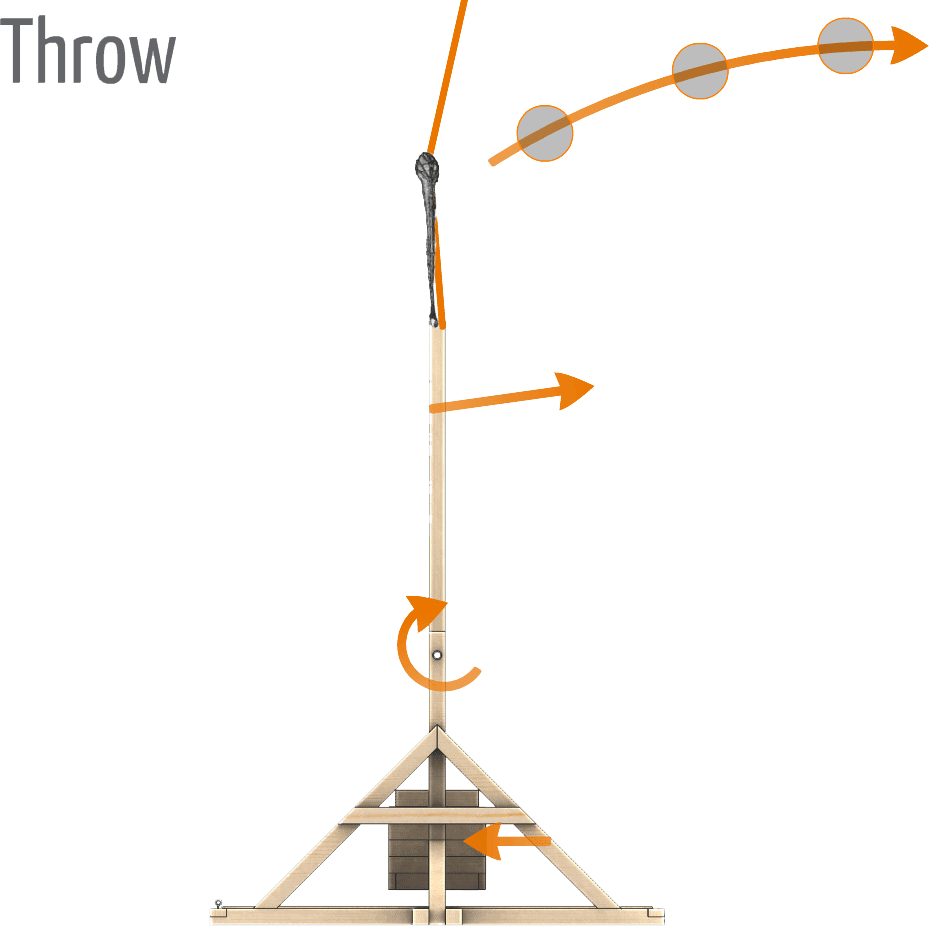 Several factors determine the range the projectile is thrown including the counter weight’s mass, arm length, sling length, among others. These will be discussed in the next blog focusing on design.

So what did people in the middle ages throw from their trebuchets? Pretty much anything they could get their hands on.  Since the trebuchet was usually built in the battle field the ammunition was also found in the surrounding area. Boulders, tree stumps, and even cows were fair game.  For our trebuchet we are looking to use a 6-8 lb. pumpkin. 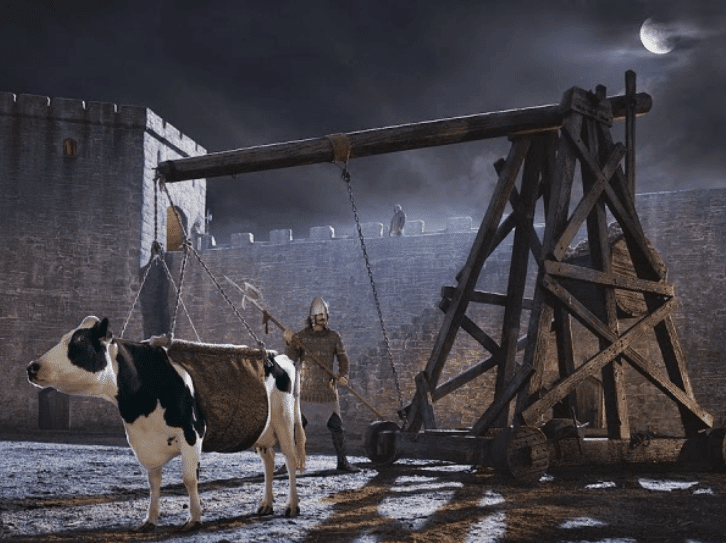 I started to get to work immediately researching trebuchet design, materials etc. First and foremost the design had to be safe.  The design also has to be easy to build as the kids will be putting it together. After a couple nights I had settled on the design criteria and started to use SOLIDWORKS to layout the trebuchet. Keep an eye out for the next blog in the series “Teaching Kids How to Fling Stuff! With SOLIDWORKS and Trebuchets Part Two the Design“.