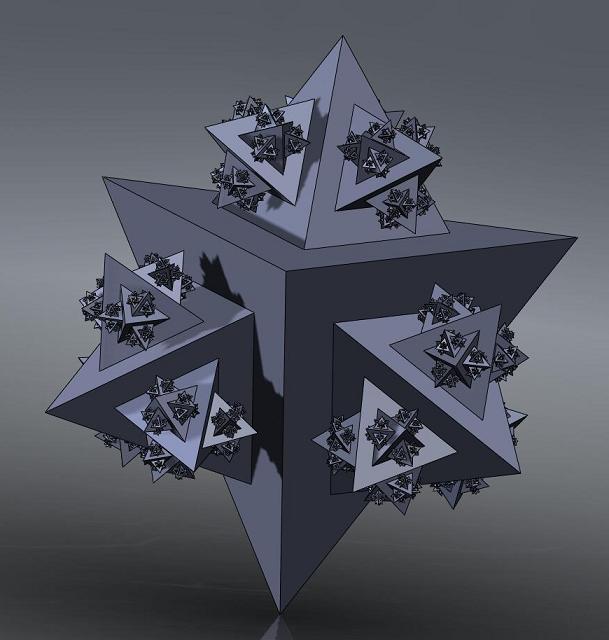 After I completed the model, I did a search for other 3D Koch Snowflakes. Turns out mine looks nothing like any others. You might be looking at the first, most accurate representation! Who are you going to believe -a guy who sat through an entire NOVA episode, or people who have devoted their entire lives to this “science”? <sigh> I guess maybe I should not say this is a 3D Koch Snowflake, but only that it was inspired by it.