In the old days, the perfect DriveWorks  input form was small and compact. Mouse travel was an important consideration. A good “mouse surgeon” could completely specify his project by barely moving his wrist.

Now we live in a world with touch devices. The pointing device is the user’s fingers -their fat pudgy fingers. Users like to make large sweeping, fast motions. I’ve learned to give Great Aunt Eleanor a 10 foot radius when she is using her touch devices because her elbows fly!

The nice tight, compact interfaces of yesteryear maybe a thing of the past. You cannot expect Eleanor to be able to pick the correct radio button from a tight cluster. 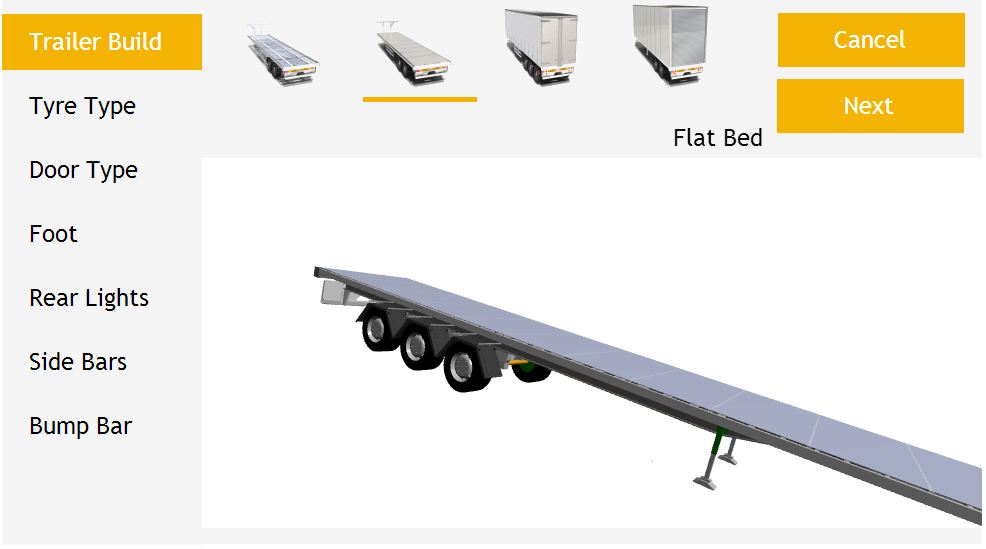 DriveWorks does give you the ability to “read” what sort of device your users are connecting to your system with, so you could design two different interfaces – one form for touch users, another for mouse users or make a compromise and design all forms for both interfaces.

Designing two interfaces is “twice” as much work.  Now days I lean more towards designing the input forms for both interfaces. If you use pictures as buttons (i.e. in the image above, the user can click on the picture of the trailer style instead of a traditional radio button.)  the interface doesn’t feel like or look an old DOS application when using a mouse yet it is easy for touch devices as well.