SOLIDWORKS: How to Get Vector Graphics with Depth 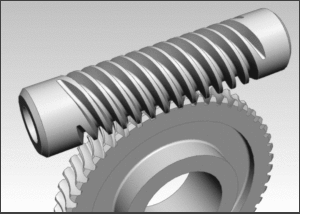 When I first came across the “Cartoon” feature in SOLIDWORKS, I admit: I was a bit stumped on how to best utilize the tool.

While there are several ways to use this appearance mode, I stumbled upon a pretty neat way to use it for a recent graphic project I was working on. My goal was to extract a clean piece of vector art for use in an Adobe Illustrator design of a t-shirt. I wanted the t-shirt to feature a 3D printer churning out a worm gear part.

If you’ve ever seen a worm gear setup, you’d know that the worm in the gear setup is helical in nature. I didn’t feel like attempting to draw the curves in Illustrator; I felt it’d be much more suitable if I could somehow extract exacting geometry from SOLIDWORKS. 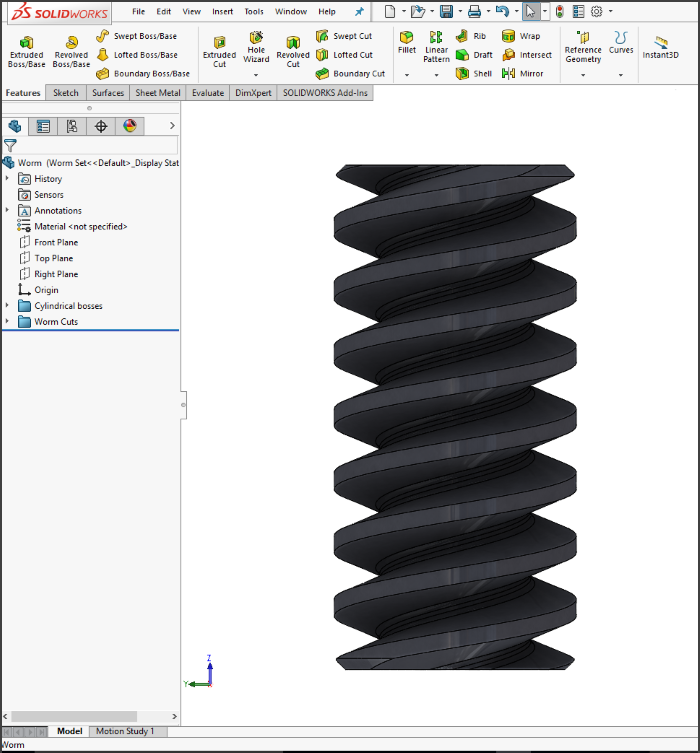 After modeling the worm in my mock worm gear assembly, I started to ponder how I could generate quality vector art. I wished to get the silhouette of the worm, while leaving a slight gap in between the worm’s helical sections.

My first thought was to turn off all of the scene lighting in the document. This would’ve been fine if I wanted a plain old silhouette, but remember: I wanted to include gaps in the section where the wrap-around edges appeared, so this method wouldn’t cut it. Here’s what it looked like: 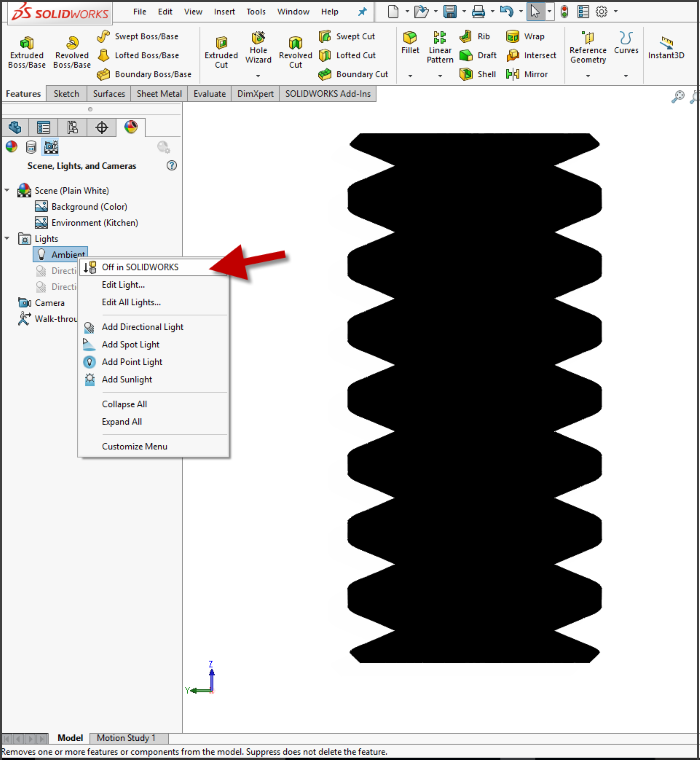 My second thought was to start fiddling with some of my Document Properties and System Options. For example, I could’ve generated discernible trace paths for Illustrator by applying an all-white background with white model edges with a given thickness. However, I didn’t really want to mess with any of my defaults. It would’ve been a minor inconvenience to switch them all back, remember where I found them in the first place, etc.

I found that the most convenient option would be to use the Cartoon feature. The Cartoon feature does a good job of depth awareness (which worked great for my helical cuts) while disregarding tangent edges. Take a look: 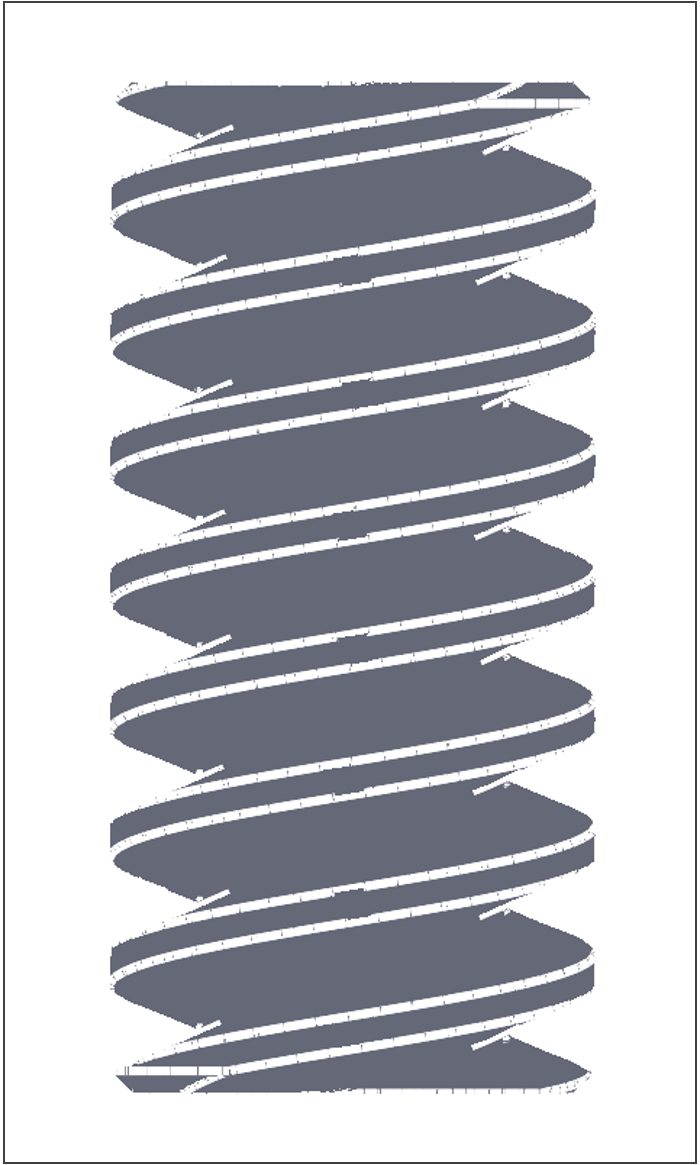 Cartoon mode also has options of its own, which travel with the document within Document Properties. You can adjust the thickness of edges from 1-6 pixels within a field that applies only to Cartoon mode. 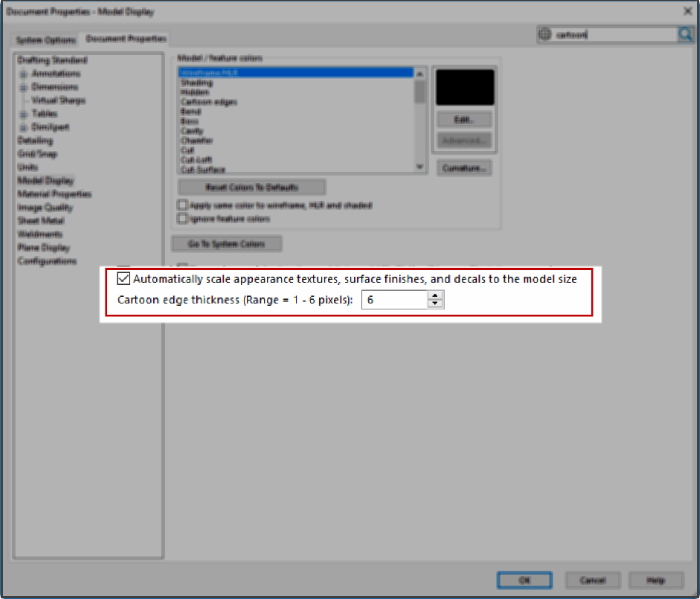 After bumping the pixel thickness up to 6px, I saved the file as a .AI (Adobe Illustrator) document. This allowed me to import the document into Illustrator in native fashion. Once it was imported into Illustrator, I went to Object >> Image Trace >> Make and Expand, which transformed my raster art exported from SOLIDWORKS into fully scalable vector graphics: 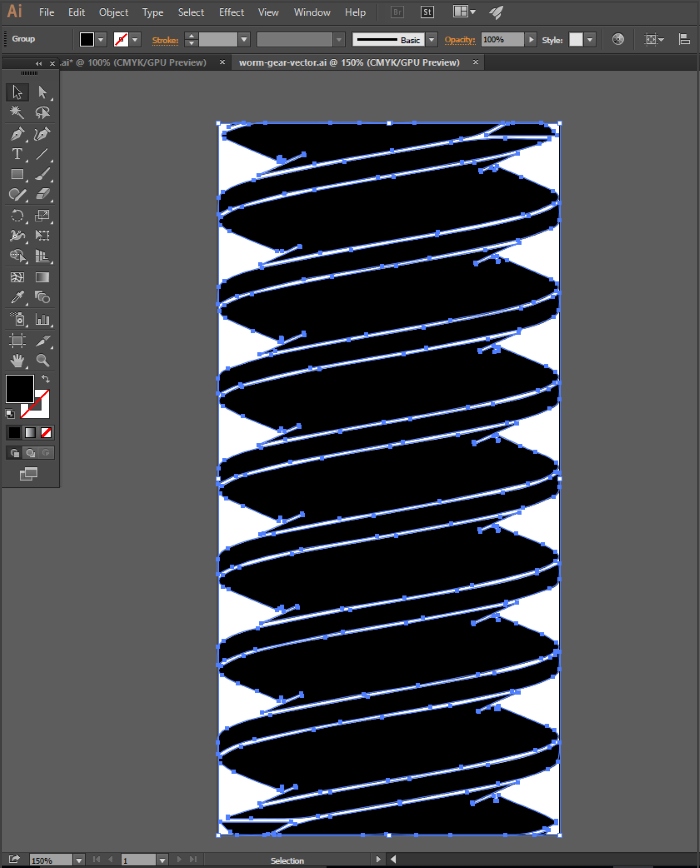 From there, I put my drawing skills into action, and I was able to draw a worm part being 3D printed. 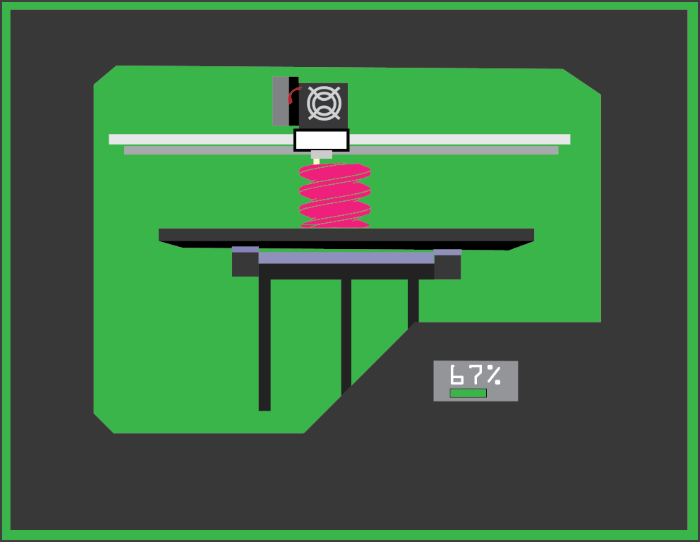 Although this project was good fun, I could have made life much easier for myself with SOLIDWORKS Composer.

Composer is purpose-built to deliver all different types of technical imagery and documentation types from your CAD data. If I’d used Composer, I could have gotten scalable vector graphics through its Technical Illustration workshops in no time at all.