Help! My SOLIDWORKS Large Assembly is Slow to Open 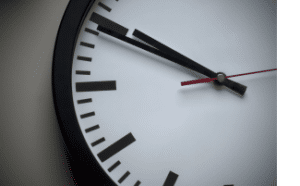 Welcome to part two of my “Large Assemblies and How to Make Them Faster in SOLIDWORKS” blog series. In this blog, I’ll be discussing different actions you can take to make your assemblies easier and faster to work with.

Just a quick disclaimer: There are a lot of variables when it comes to working with large assemblies in SOLIDWORKS and when it comes to slow computer performance in general, so you want to make sure you realize that there may be instances outside the scope of these examples that you can do to also speed up your computer. Try rebooting regularly to make sure your RAM cache is clear or maybe learning about the topic of Windows and GDI. These are a few things that are a little more nuance that can definitely help you with large assemblies in SOLIDWORKS, but during this series I’m going to be giving specific examples I have found that help almost every user when it comes to large assembly performance. Let’s get started.

So what we’re going to talk about first is that our assembly is slow to open. In the case of my assembly example from my previous blog, it took approximately seven minutes and thirty seconds to open.

What actually happens when you open an assembly into SOLIDWORKS, is that you’re taking information that is stored on the fixed disc and you’re loading it into temporary memory or RAM. The amount of time it takes to load that information into RAM can be dependent primarily on two things.

The other issue that can affect how long it’s going to take an assembly to open is the amount of data being opened.

Is your network a bottleneck?

When it comes to data transfer speeds the first thing you want to recognize is that your network will often be a bottleneck. What this means, is that if you’re opening an assembly from a network drive, you’re going across a network line or going through wireless and then you’re connecting to a server, there can be a lot of variables that create a bottleneck or that slow down your data transfer speeds.

These can be things like what type of cables are being used, what type of switches are included in your network architecture. Are you connecting wirelessly? How many people are simultaneously connected to your server? What’s the mechanical spinning hard drive speed on the server or solid state hard drive speed on the server? These can all affect how long it takes you to access your data.

Long story short is that a network will almost always be slower than a local fixed disc so anything you can do to get your assembly copied locally will help you with the amount of time it takes you to open that SOLIDWORKS assembly.

Not all hard drives are created equally

Keep in mind that if you are opening an assembly from a network drive, it probably doesn’t matter if you’ve got a local or mechanical hard drive or if you’ve got a local solid state hard drive since the bottleneck isn’t occurring at your local machine, it’s occurring as the data is coming across the network. So with that in mind, let’s take our assembly from the network drive, copy it to a local drive, open it up, and see how long it takes.

In the video example below, I walk you through that process.

It took one minute and fifty-two seconds to open my assembly which is a heck of a lot better than seven minutes and thirty-seven seconds from before. All we did was increase the data transfer speeds by getting that network bottleneck out of the loop and copying our files to a local drive.

Now we can see that taking our files and increasing the data transfer speed is going to significantly decrease the amount of time it takes to open an assembly. We didn’t make any other changes but our assembly went from taking seven and a half minutes down to about a minute and fifty seconds to open up.

In my next blog, I’ll be going over what you can do to decrease the total amount of data that we’re loading into RAM. 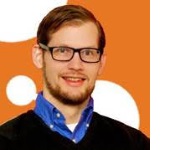