Simulation with SOLIDWORKS: Is it Enough?

If you’re a SOLIDWORKS 3D CAD software user, you’ve likely experimented with different features and read different blog posts on SOLIDWORKS to brush up your knowledge. With so many features offered (and three different software solutions to choose from), it can be hard to know if you’re using your software to its full potential. Keep reading to learn how to get the most out of the Simulation tools within SOLIDWORKS Premium and a chance to attend a fun webcast where we’ll analyze the workings of James Watt’s flyball governor using simulation features in SOLIDWORKS.

Getting the Most Out of the Simulation Tools within SOLIDWORKS Premium 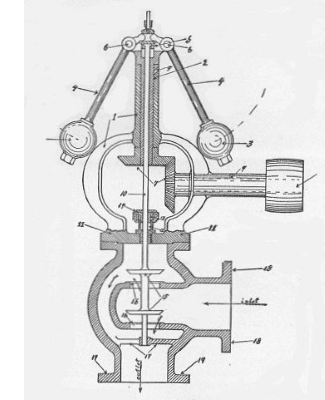 You’ve probably all seen a flyball governor in some YouTube video or old TV show. They seem to be an essential part of most mad scientist weather control machines. More practically speaking they also tend to show up on old steam engines and waterwheels and almost anything that needs to maintain an approximate regular speed. You can still find them today on small engines including lawn mowers and generators.

The flyball governor works on a fairly simple principle, as the speed of the device, engine or water wheel increases, the inertia of a few metal balls is harnessed to close a valve. As the valve closes the inertia decreases which opens the valve again. In a well designed system, this will result in a stable speed. Any changes to the rotational speed will cause a reaction to return the system to its (hopefully) ideal state.

The use of this device in steam engines was pioneered by James Watt, yes the guy who has the unit of energy named after him. You know you must have done something impressive if they named a unit after you, unfortunately, no one I know is measuring anything in Snellers. 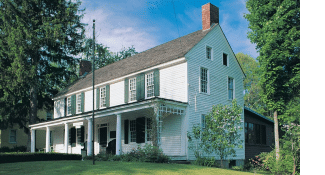 Watt developed this in 1788. That same year James Madison was trying to get the constitution ratified. When James Watt was building this thing, the 13 original colonies had not yet formed the United States. Vermont was still an independent nation, and its government met in a tavern, known today as the Old Constitution House. It was certainly different times.

If you ever venture to Vermont to see the Old Constitution House, continue three-quarters of a mile down the road and visit the American Precision Museum. They have a fascinating collection of tools from the mid-1800s used to make rifles with interchangeable parts. If you ever wonder how we got from chipping stones into arrow and axe heads into the precision manufacturing of today, a good deal of it is documented in this museum.

Keep in mind that this museum begins its focus seventy years after James Watt developed his flyball governor to regulate the speed of steam engines, and he based his governor on the work of Christian Huygens roundabout 1656 — we’re talking thirty-six years after the pilgrims with their big hats and buckles on shoes and thirty-one years before Isaac Newton invented Calculus. That something like this could be that old is amazing.

I can’t begin to imagine how many trials and errors went into this mechanical governor. In the last 360 years, we’ve been given a few more tools to throw at the problem of how to control speed or govern motion.

In my webinar on May 31st we’re going to model a mechanical governor, simulate it with SOLIDWORKS Motion, evaluate the strength of the components and generally have a good time looking into which of these tools are available to SOLIDWORKS Premium users. Although we’ll focus on SOLIDWORKS Premium, we’ll also look at more powerful simulation tools and how they are used to better develop accurate mechanical systems.

How to use Design Validation and Virtual Simulation Software 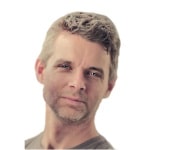 Nathan Sneller is a mechanical engineer, entrepreneur, and adjunct professor. Before joining Fisher Unitech, Nathan graduated from Michigan State University, taught Mechanical Design at Grand Rapids Community College and ran an engineering firm where he specialized in the development of electro-mechanical products. In his current role, Nathan advocates for incorporating simulation software into the design process to shorten the development cycle, improve product performance and maximum profitability.