New to SOLIDWORKS 2015 is the addition of a new pattern type, the "Variable Pattern". Previously we could Vary Instances by an increment. Now we can set and vary each instance independently to create even more flexible patterns!

Above is the new Variable Pattern Feature Icon along with an example in SOLIDWORKS 2015.

Above is a preview of the Variable Pattern Property Manager in 2015. Users can select dimensions from the patterned feature to add to the "Pattern Table". Each value can be directly edited in the table and Microsoft Excel methods for coping, pasting, as well as sequence copying can be done in similar fashion. 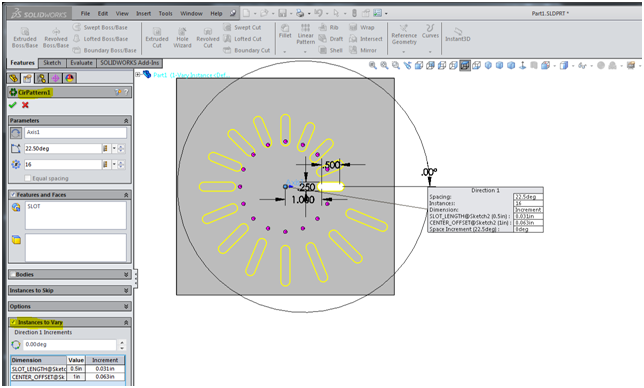 Above we see a Circular Pattern using Vary Instance where the instances are of a linear variation.

Above we see the Variable Pattern creating the same results as the previous Circular Pattern.

Above we see the Variable Patterns ability to modify a single instance's specific value(s). 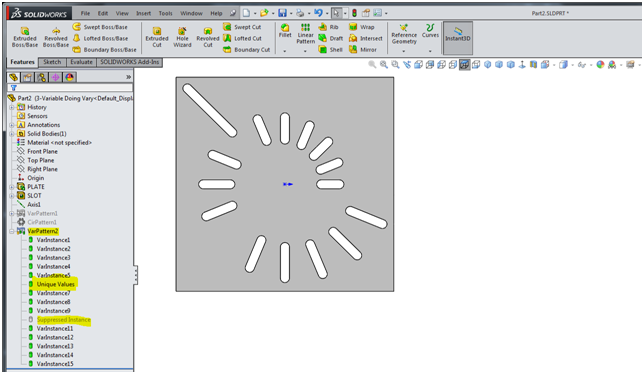 Thanks for checking this out and I hope you enjoy all of the new enhancements to SOLIDWORKS 2015, please check back to view our other articles in this series of SOLIDWORKS What's New.