The new release of SOLIDWORKS 2017 is just a month away and here at CATI-MCAD the Tech Team is excited for this release. We have been working hard to find the best new features that SOLIDWORKS 2017 has to offer and are looking forward to sharing them with you and the SOLIDWORKS community.

Starting next week, the CATI-MCAD Tech Team will be starting their 3rd annual What’s New Blog Series. The Tech Team is shooting for close to 70 different articles this year and will be posting two articles a day, one in the morning and one in the afternoon. The articles will be about the new features and functions in SOLIDWORKS 2017. Our series will kick off Monday September 12th. We will continue to explore all aspects of SOLIDWORKS 2017 from part, assembly, and drawing tools to the new features in the SOLIDWORKS family of tools like Simulation, PDM, SOLIDWORKS Electrical, and SOLIDWORKS Plastics.

For those of you who are looking to follow this series of articles we will be tagging them under the category of SOLIDWORKS What’s New. 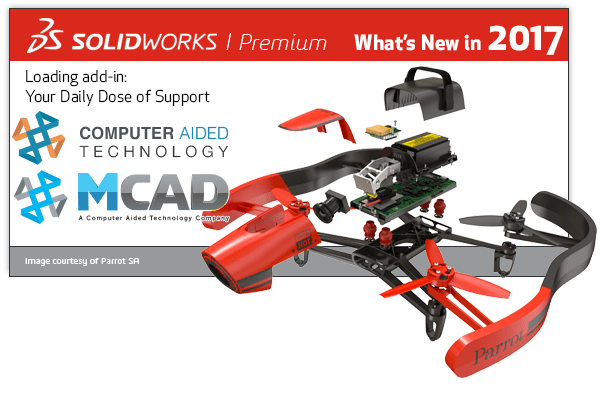