In SOLIDWORKS, we always suggest reusing your data and one way we can do that is by using patterns. In part documents, it’s widely accepted to use them whenever possible to keep our part a little more simplified and thus increase the performance of our file sets. Patterns are also a quick way to duplicate a lot of data in very few steps.

What many people forget or don’t know about, is that SOLIDWORKS can make use of these patterns at the assembly level. Let me try and explain.

In my part, I would have a pattern that might look something like this. One hole patterned linearly along the length of the part. Quickly modifiable by editing the feature and adjusting the Dimension or number of instances. I didn’t have to draw each hole with its own sketch and extrude cut feature (Saving Time, and system resources) 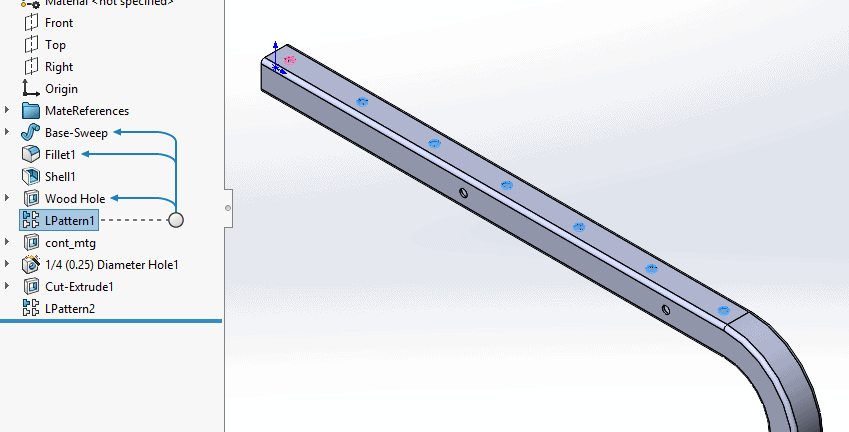 In the next level assembly, I will use two of these brackets and one wooden plank across the two in order to start my shelf. I’ve added the parts to the assembly and mated them the way I would like.

My goal is to use the part pattern to control the pattern of my wooden planks in my assembly. This way, I only must change my part feature for my assembly to update. 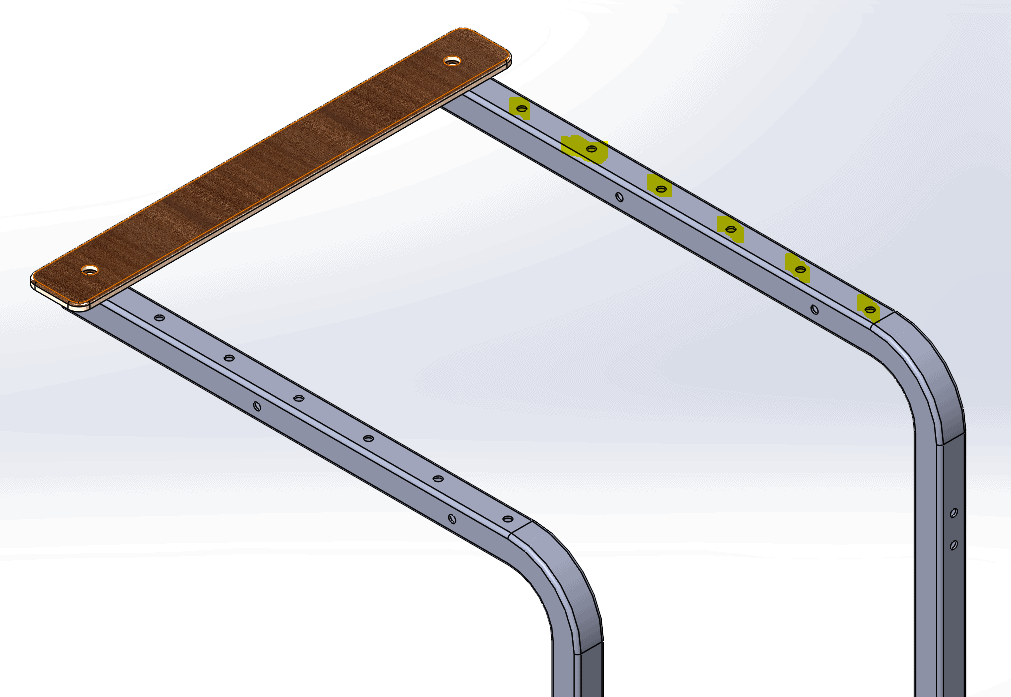 The solution is to use Pattern Driven Component Pattern. 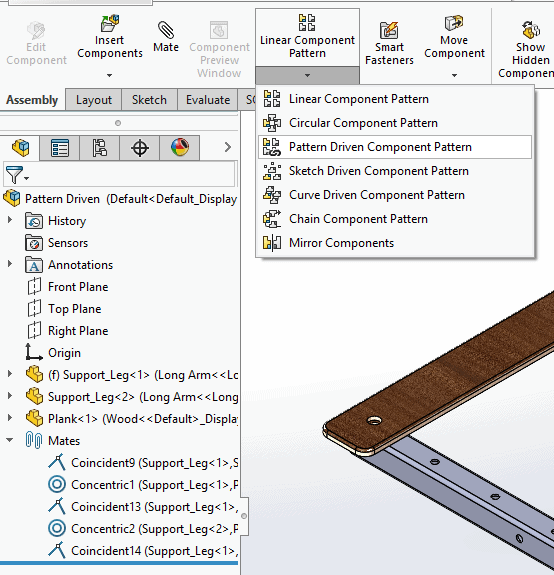 The selections would look something like this. What component do you want to pattern, and what is the driving pattern for it to use. 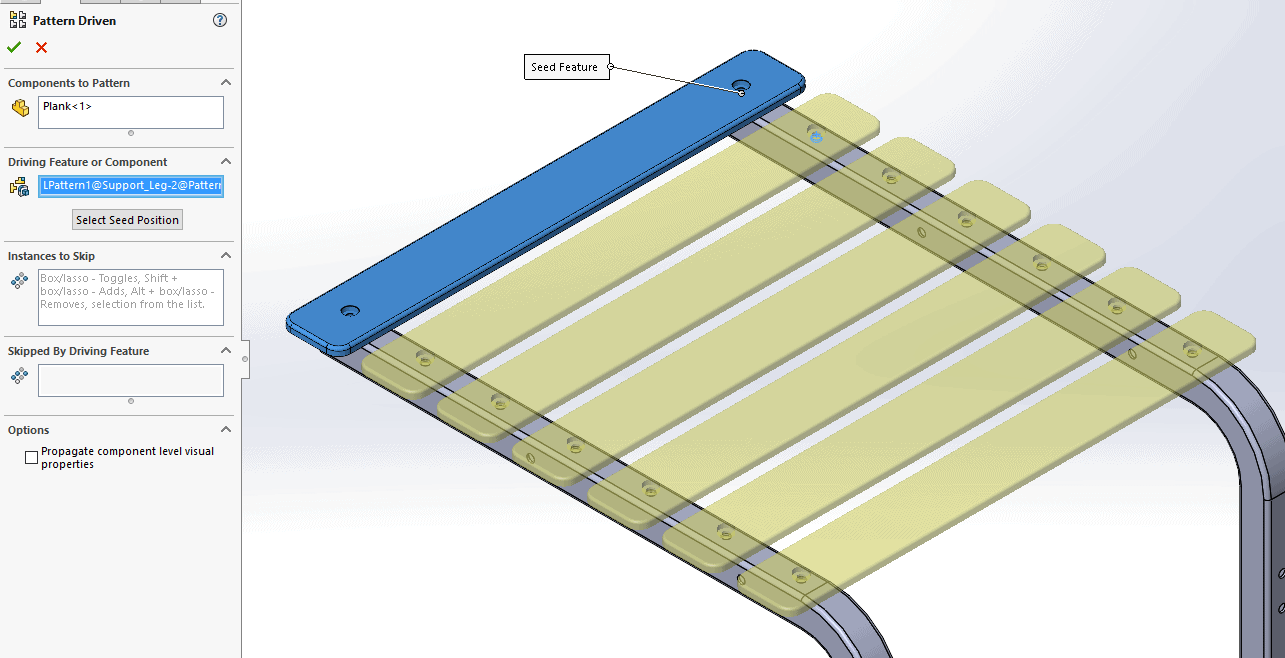 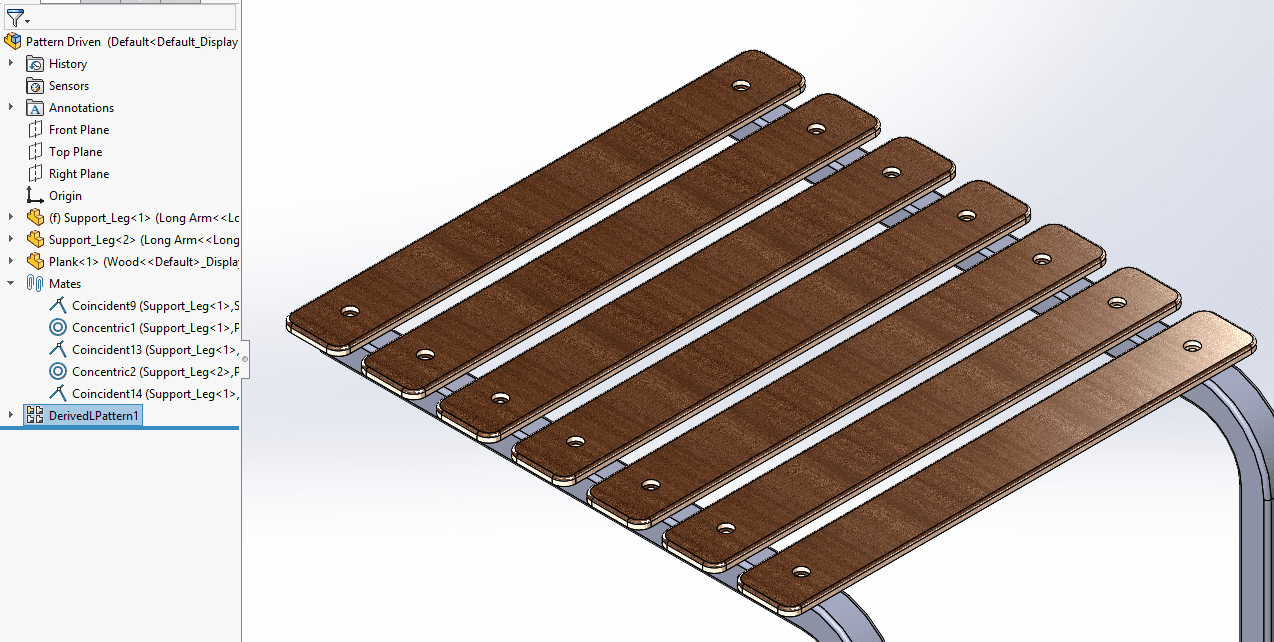 Notice that I didn’t have to insert a bunch of planks and mate them one by one. The nice part about this is that if I wanted to change the spacing of the planks, I would edit the part pattern feature and the assembly would update with the new spacing or added/subtracted holes pending how many holes we wanted.

Edit: Skipped an instance of the pattern 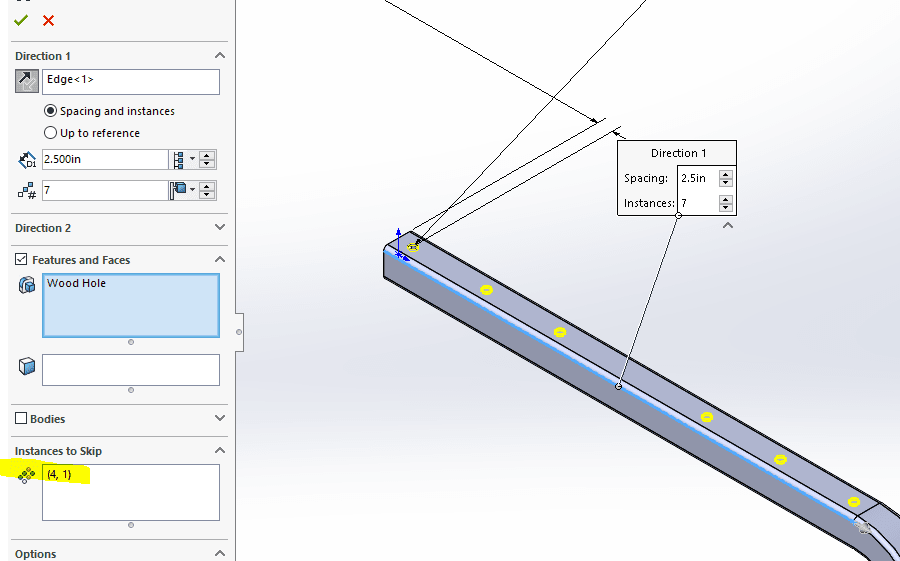 As you can see, it’s simple to use and saved me a lot of time inserting and mating the planks to my brackets. This would also save a lot of rebuild time as SOLIDWORKS does not have to solve all the mates. Updates are automatic which really can save you a bunch of time as you don’t have to edit the assembly and fix any mate errors that might show up.

Hope this was helpful and happy designing!