How to create assembly level configurations:

Assembly level configurations are made exactly as you would make them on the part level. You have a Manual Method and a Configurator Table method. Let’s briefly recap how that is done in the Manual Method. 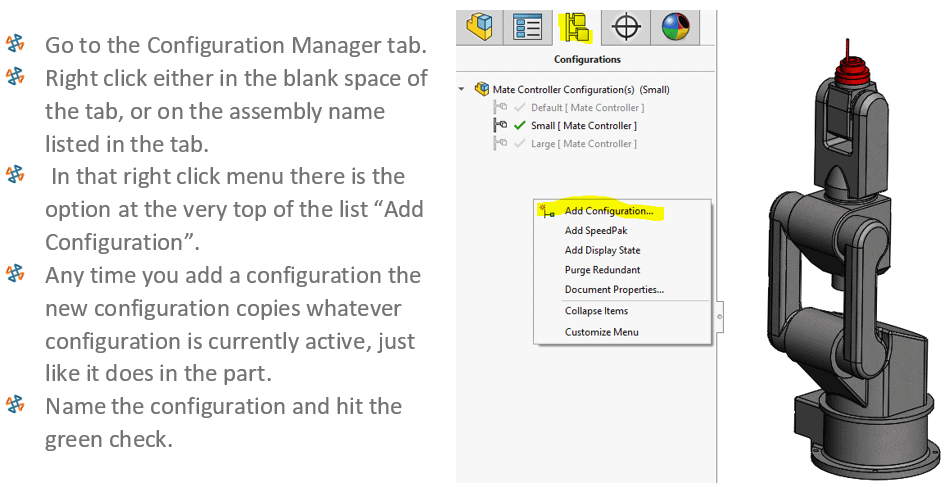 TALKING ABOUT THIS ASSEMBLY EXAMPLE: 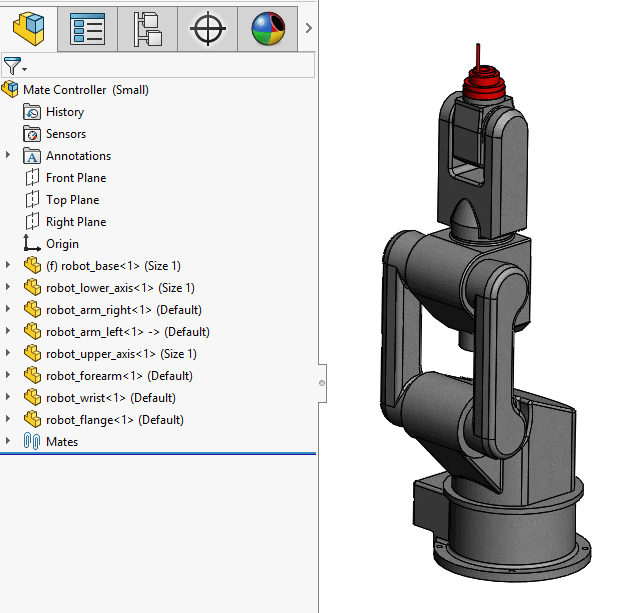 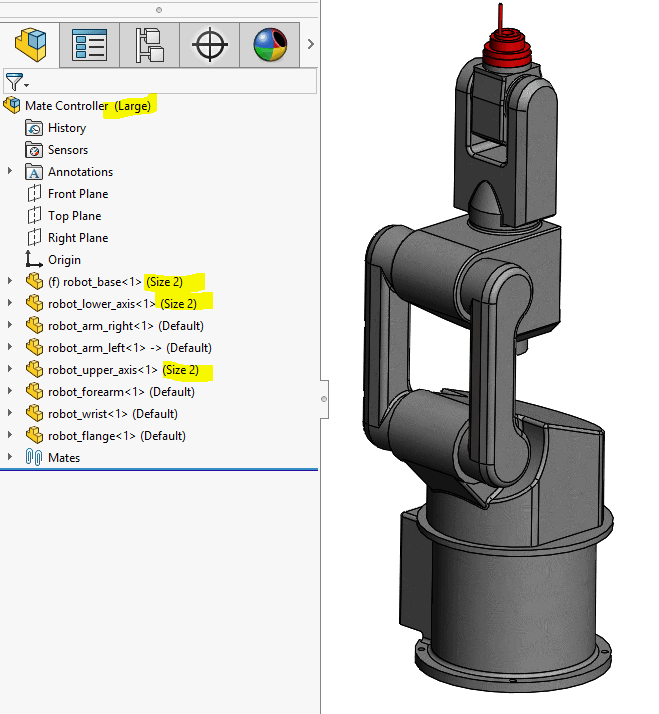 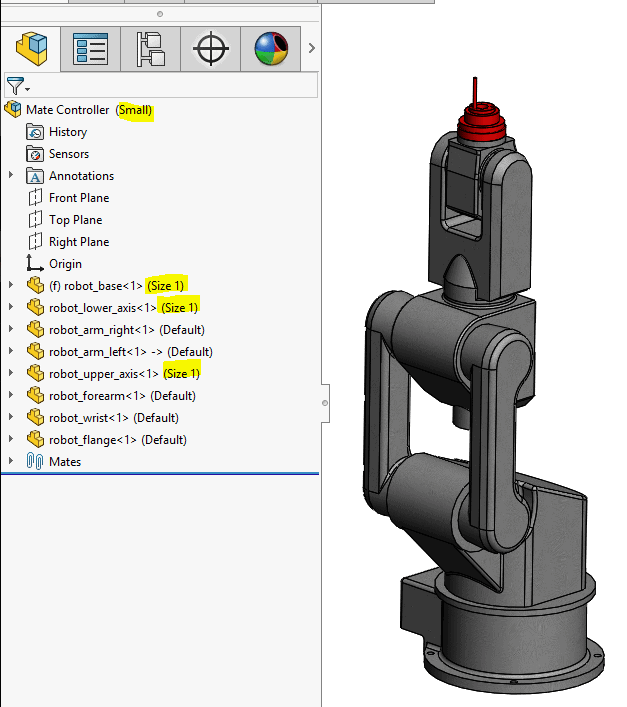 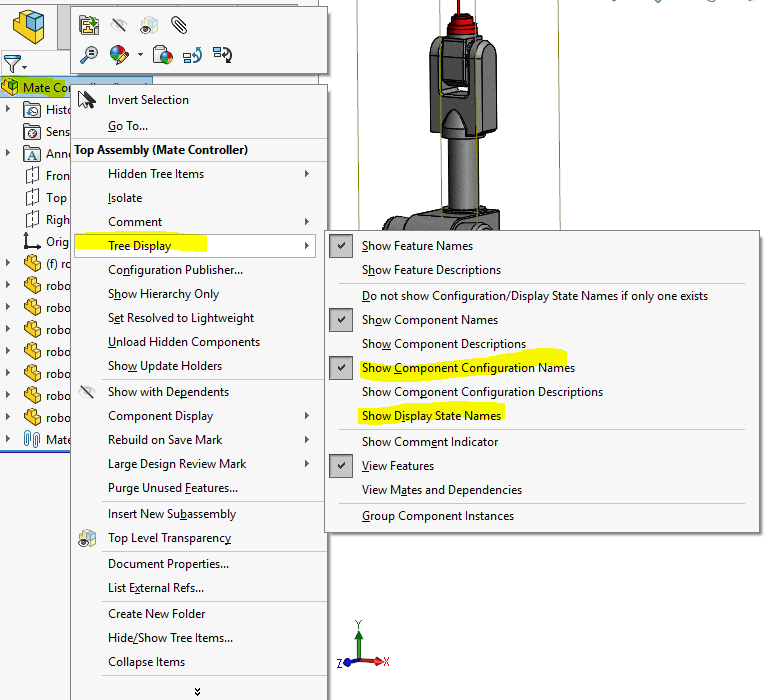 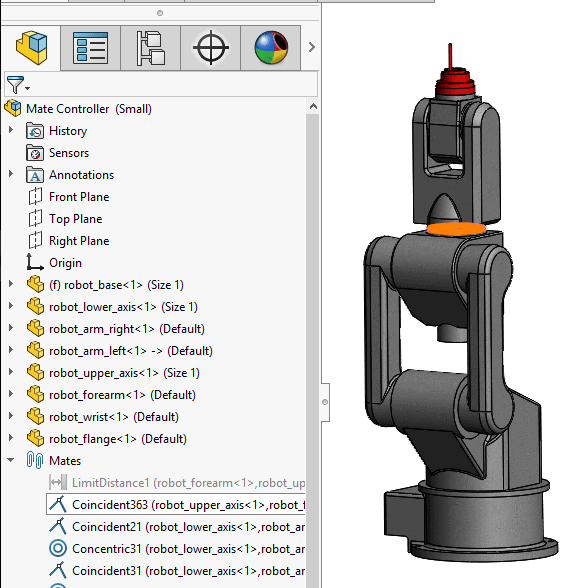 Above is the Small configuration with a coincident mate unsuppressed and a limit mate suppressed. This leaves the upper portion of our assembly unable to extend. 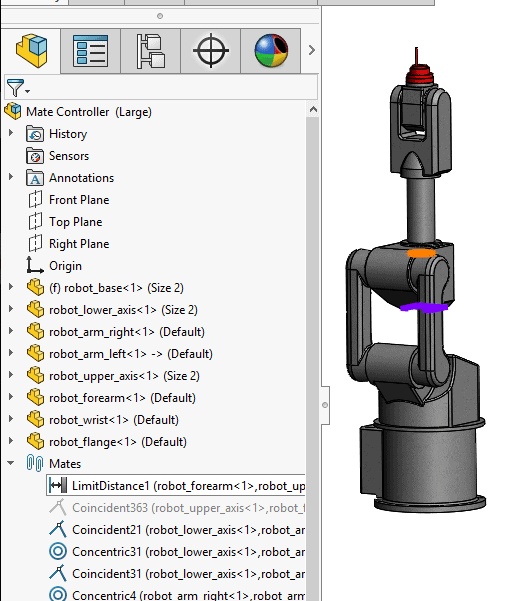 Above is the Large configuration with a coincident mate suppressed and a limit mate unsuppressed. This leaves the upper portion of our assembly able to extend up to the limit that has been set.

How do I apply a part level configuration in the context of an assembly?

Following the Manual Method: You can either left or right click on the name of the component/part in the FeatureManager Tree, or on the component/part in the viewport (aka on the model). Above the toolbar that appears (with a left and or right click), you will see a pull-down menu with a list of configuration options. Choose the configuration you want to change to, and then click the green check to accept that change.

Below is an example of a left click on the component/part in the viewport (aka on the model). 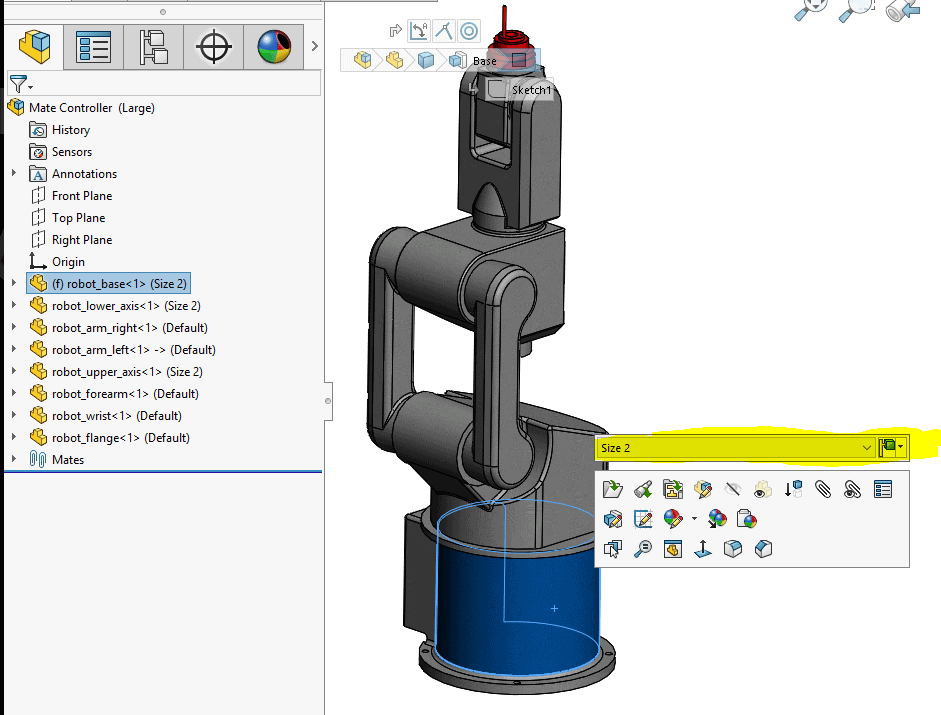 You can see above the left click toolbar (where I have highlighted), there is a pull down menu where you can choose that components configuration being used. You can also see the option to apply this change either; to all configurations, to this configuration, or to specific configurations.

Once you have chosen your configuration and decided how to apply that change, you will have to click the green check mark button (as shown below), in order to officially process that change.

Following the Configurator Table Method: Create your table by right clicking a component you want to configure, just like you would in a part. Then, double left click either on the name of the part in the FeatureManager Tree, or on the part model in the assemblies viewport to add parts you would like to configure into your table. 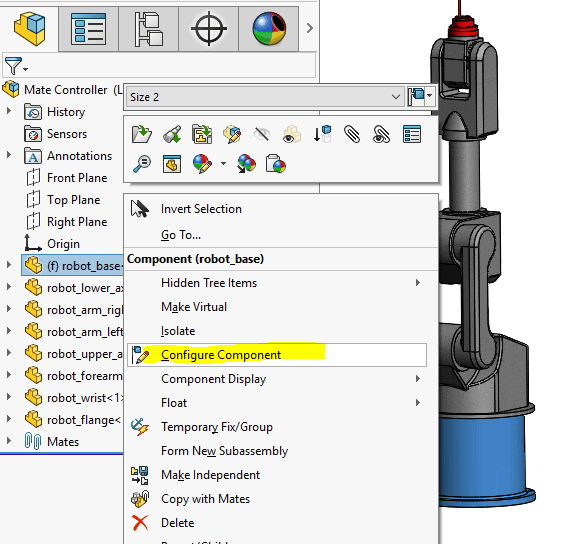 You will notice in the table (image below) you have a new column you are not use to seeing, that column is the Configuration column.  In this column you can change a components configuration being used for that assembly configuration.

DON’T FORGET TO SAVE YOUR TABLE!

Remember if you want to reuse this table, you have to name it and then hit that save button located to the left of the name dialog box.  Also, remember that when you save that table it is then stored in a Tables folder located in the ConfigurationManager Tab (as seen below). 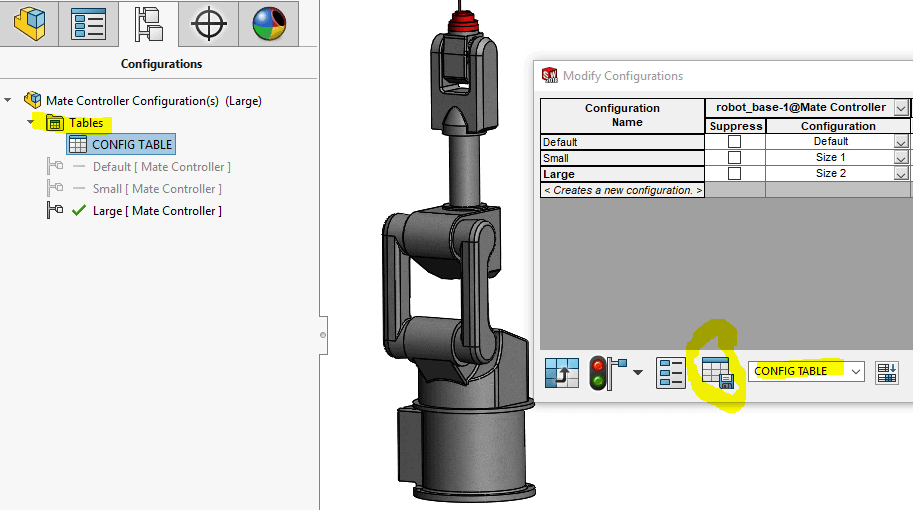 More about configurations to come in the next blog post of this series!