The standard way that SOLIDWORKS handles collaboration is through PDM and allows only one user to edit the file at a time. The method used in SOLIDWORKS PCB is a little different.

PCB uses a product called PCB Services, which runs on a central server, similar to PDM. Each user will open the project through the project manager in SOLIDWORKS PCB. 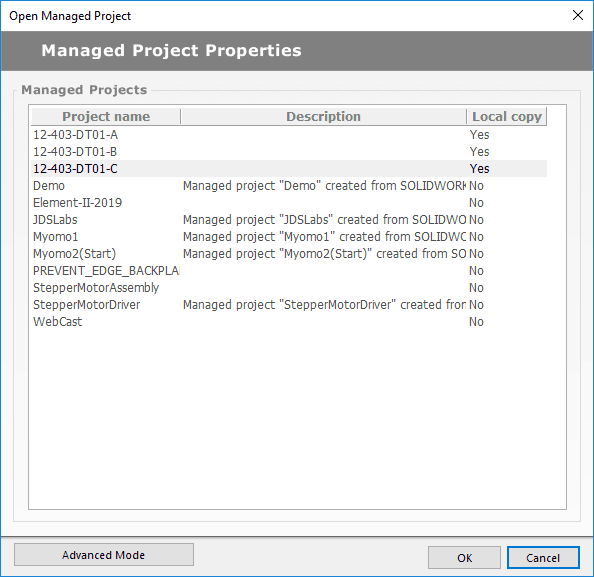 You’ll notice there is a column for “local copy.” When you open a project, it will create a copy of the files from the server, on your local machine. You will work on those files locally. Where it differs from PDM, is that it does not lock the files. Your coworker can also open that project and work on local files that get created on his/her machine. So how do we avoid stepping on each other’s toes?

Subversion (SVN) is a revision control system that runs in the background with PCB services. It looks at your local files, compares them to the server version, and lets you know if there is a newer version out there, or if you need to update the version on the server because your local version contains changes newer than that which is uploaded.

In the document tree of your project, you will see icons indicating the status. 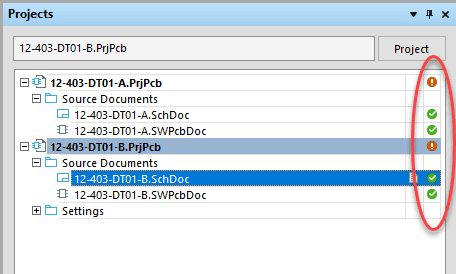 If you don’t see any icons, or you see a plus sign, you need to add the files to version control. The project is managed but the server doesn’t know you added files to it yet. Right click on the project and save the project first. Then right click again, and go to version control > commit whole project. All your files should be shown in a tree with “Scheduled for Addition.” Click ok and all your icons should be green.

Here’s what those icons mean.

To expand further on the locked state, when you are comparing the head version, you can copy from there to your local version. Once you are done merging the two documents, you can right click on the locked file > version control > resolve conflicts. This will make it so you can commit the file. Finally, commit. You could also compare the two, decide you like what is already uploaded and would rather just discard everything you did. In that case, just update your file in the version control menu.

If at any point you’d like to view older revisions, go to View > Storage Manager. You’ll see all of the revision submissions for each file in your project, along with who submitted them, and any comments they left. Comments are always recommended.

If you multi-select versions (Ctrl+Click) you can right-click and compare the versions. You can also right-click on any single version and revert your document to that version. Your local version will be at the previous version, but your icon will still indicate that it is a newer file than what is in the server. You’ll have to commit the file so that everyone loads their files in that earlier version.

If you are trying to simply undo any changes you made to the most recent version, you can just select “Revert Local Modifications” in the version control menu.