Thin features can be useful for creating complex cuts and shapes or even simplifying multiple steps into a single step. In order to understand how to utilize thin features, a good understanding of the difference between an “Open contour” and “Closed Contour” is needed. 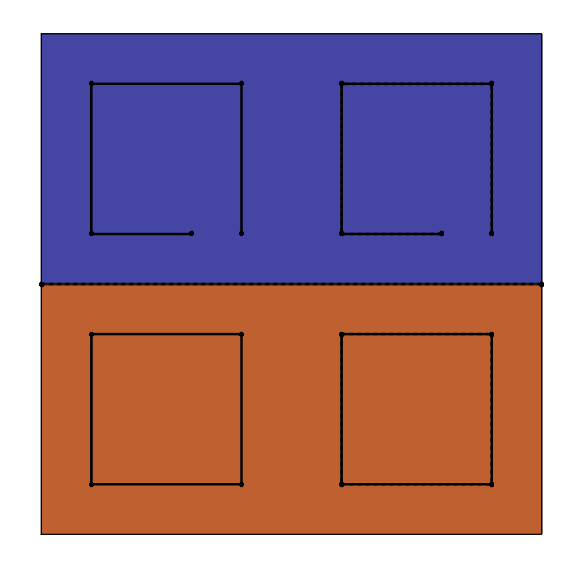 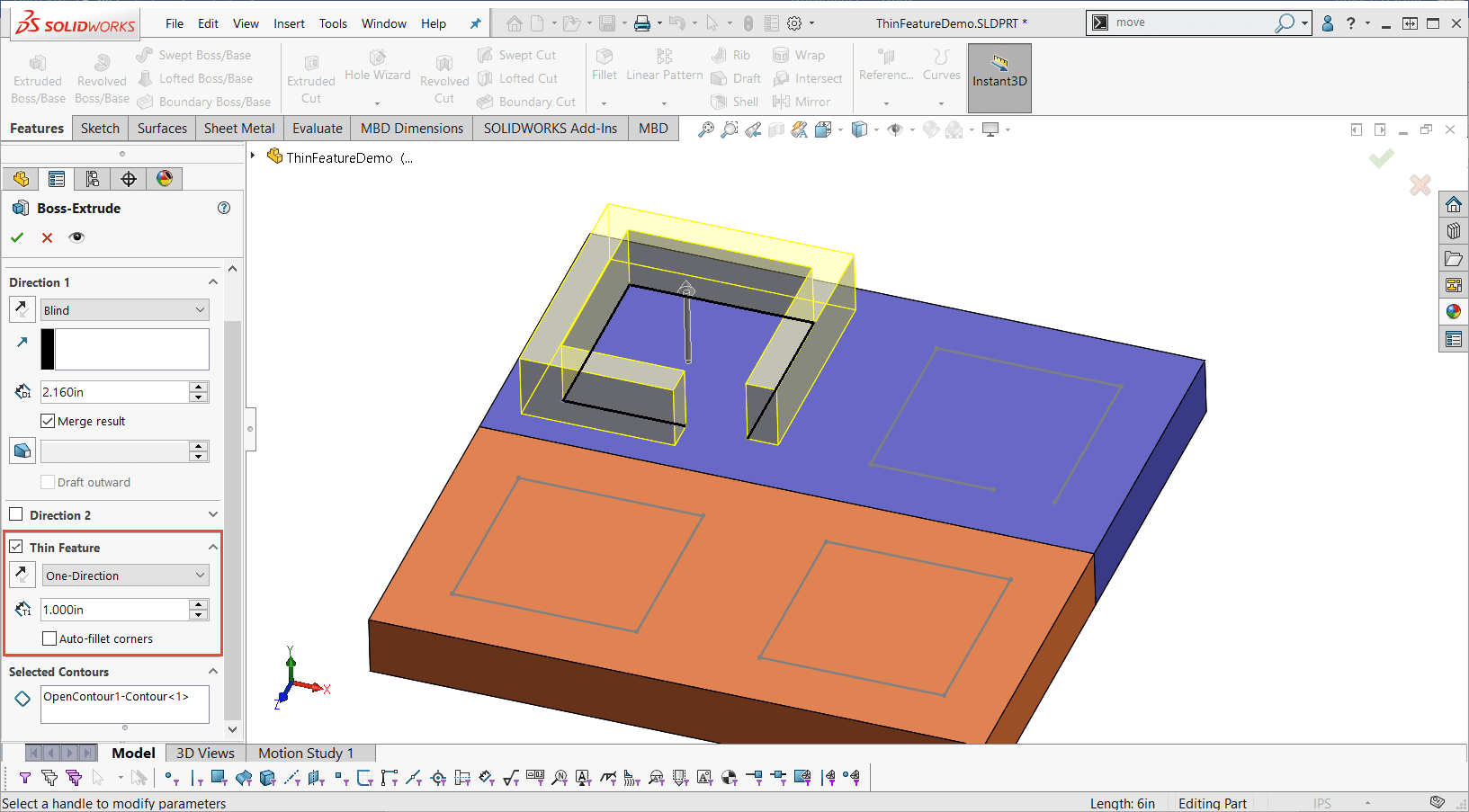 The ‘Thin Feature’ section in the property manager can specify which side of the open contour for the material thickness to reside and how thick the thin feature should be.

(Note: It is possible to check the box for ‘Thin Feature’ even with a closed contour, e.g. a closed circle with ‘thin feature’ checked in the extruded boss command can be used to create a pipe)

Once it is created, its name in the feature manager will reflect that it is a thin feature. For example, an Extrude with an open contour will appear as “Extrude-Thin1” in the feature tree as seen in the above image. 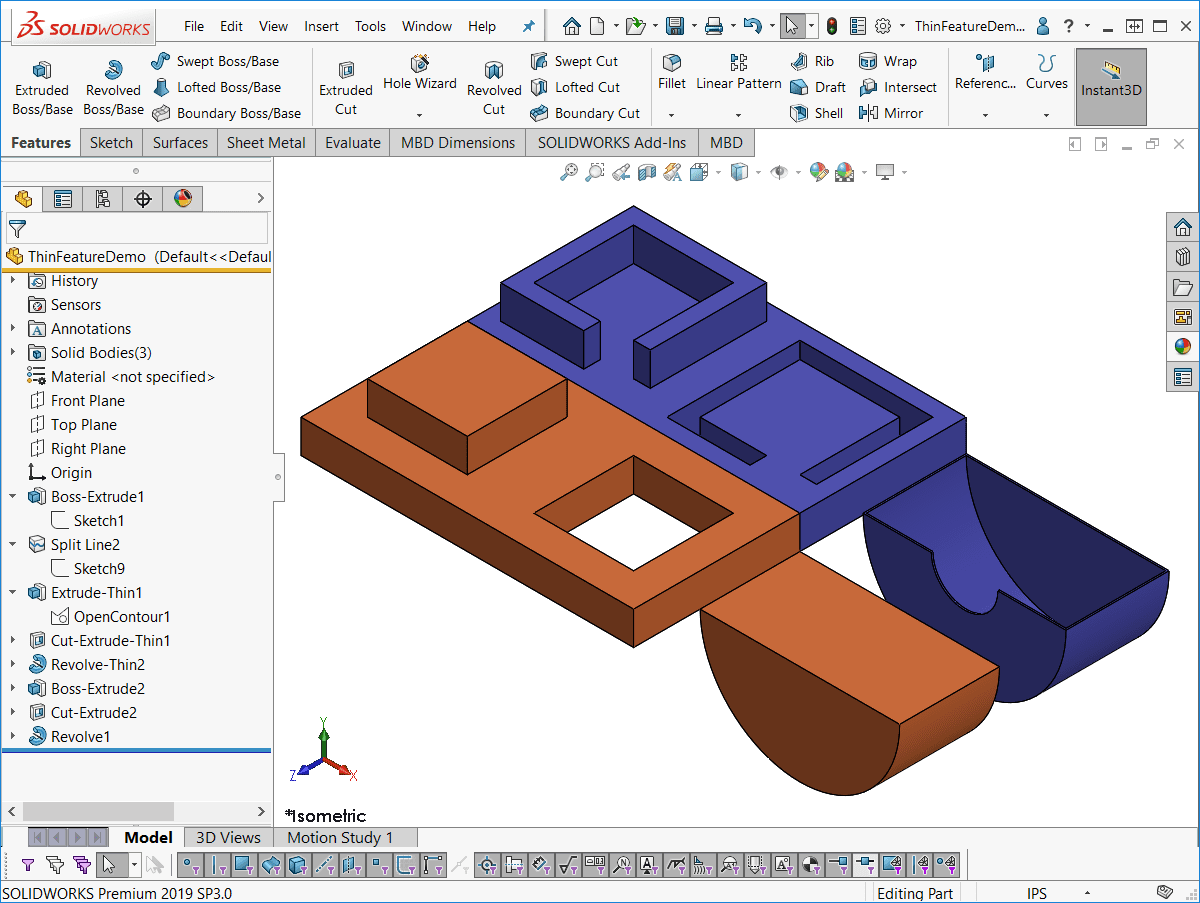 The above image depicts the comparison between a regular Boss Extrude, Cut Extrude and Revolve with their respective thin feature counterparts. These are three of the types of features that can use an open contour to be created as a thin feature. Others include Lofted Boss/Base, Boundary Boss/Base, Revolved Cut, Swept Cut, Lofted Cut, and Boundary Cut.

In the end, a thin feature is one of many ways to assist in creating a design within SolidWorks. As you can see in the comparison, a similar sketch can result in a drastically different shape all based on whether a thin feature is created or not.