A relatively new, and powerful, tool in SOLIDWORKS is the Variable Pattern.  It was introduced back in 2015 and really pushes the boundaries of what I think of when I think of a pattern.  It acts very similar to a design table, built directly inside a feature.

Generally, when I think of patterns, I think of something similar being repeated over and over again.  In SOLIDWORKS, this is very useful as it automates the process of creating similar shapes manually, making the life of you, the engineer, easier.  The Variable Pattern just adds to this large list of patterning options.  Let us take a look at how it works. 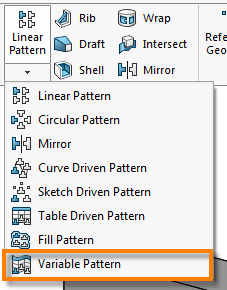 The Variable Pattern feature starts just like the other pattern features: choose which features you want to pattern!  Next, just choose ‘Create Pattern Table’ and you can start modifying your pattern to meet your intent.

This is where the variable part of ‘Variable Pattern’ begins.  You just choose which dimensions you want to ‘vary’, and begin modifying them, just like making different configurations in a design table.  In fact, you now can create your table in Excel and import it directly into your Variable Pattern table, giving you the added flexibility of utilizing the powers of Excel to quickly create your table. 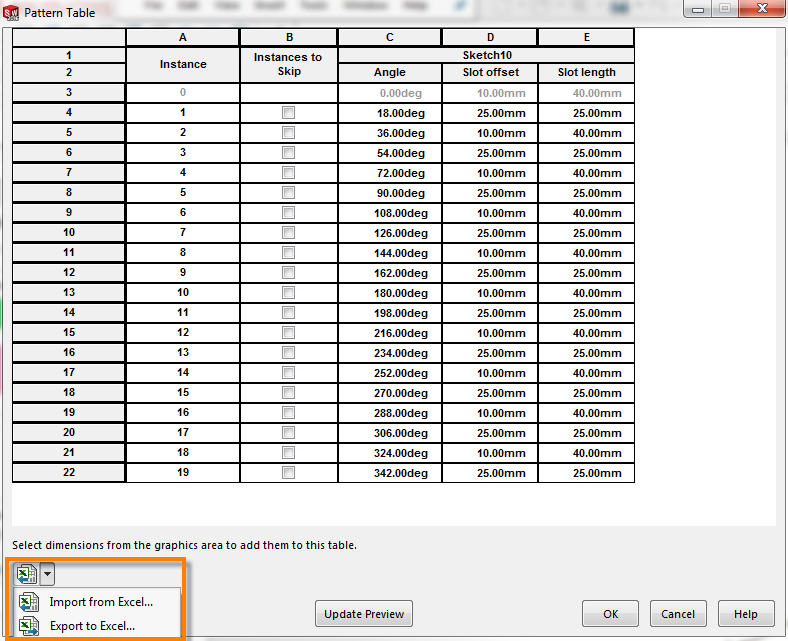 It is as simple as that.  Just take a quick preview to make sure you captured your design intent, and accept, adding this feature to your design tree.  You now have a ‘pattern’ that can ‘vary’ size and position!

One last thing you may have noticed I skipped over at the beginning of the blog was an option to choose ‘Reference Geometry’ as you chose your features to pattern.  This is a great feature of the variable pattern.  It allows you to create patterns on nonplanar surfaces, giving you even more flexibility when creating your parts, allowing you to focus more on your design and less on the software!  If you have any questions on this feature or any others, please let us know. 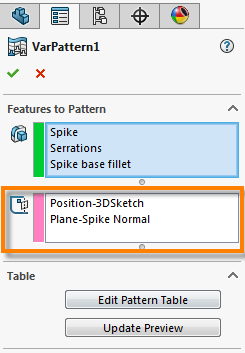