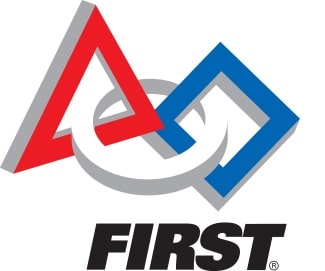 As with many things in life, when one chapter ends another begins. The same goes for FIRST Robotics team mentors and coaches. Mr. Mang was a mentor on FIRST Robotics Team 2600 at Jefferson Township High School in New Jersey, where I had the pleasure of working with him before he moved back to his hometown in Honesdale, Pennsylvania. There, he started teaching at his Alma Mater, Honesdale High School.

Mr. Mang and a teacher from Western Wayne High School started a FIRST Robotics Competition (FRC) Team. Together, the two schools make up Team 4285, also known as the Camobots.

Team 4285 and Team 2600 have been sister teams ever since. They help each other any way possible, exemplifying a key value that the FIRST organization has named “coopertition”. 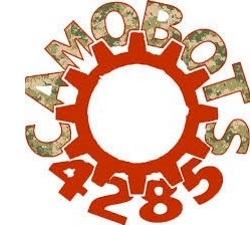 The Camobots started in the 2011 FRC season. Although they were not yet officially a team, they worked alongside Team 2600 helping them create the mini-bot that was needed for that year’s challenge.

The next season, the Camobots came into the competition full force. They wowed the judges as a first year team and won the Rookie Inspiration Award. This award is given to first year teams who have advanced the appreciation of STEM skills and respect for engineering, science and technological fields in both their schools and their communities.

If you’re unfamiliar with FIRST Robotics Competitions, here’s how it works. Students have six weeks to design, build, and test a robot that meets the requirements of the challenge, which is different every year. Challenges include game pieces that students may need to pick up or launch, overcoming obstacles, and some form of human player element. There is also an autonomous period where students must program their robots to complete a task or tasks on its own, without a human driver.

The Camobots designed their robot to complete nearly every task. They had

In order to overcome the rope climbing challenge, the team decided to use CNC (computer numerical controlled) machines to create their rope climber. With the help of Mastercam and a local machining business called Boyce, students were able to design their parts and create them using a CNC mill. The parts were created to nest together perfectly and turn around a shaft. The claw-like mechanism catches onto a knot tied into the rope, which then winds around the shaft allowing the robot to climb.

Using an intuitive program like Mastercam allowed the students to learn the program quickly and program the machines to create parts that lead them to take first place at the Hatboro Horsham District Event.

Every year, teams in the Mid-Atlantic Region start the season by competing in two district events to qualify for the regional championship. This is a great opportunity for the students to see how their robot performs in the first event and strategize for the second.

Even though The Camobots came out strong this year and won the first district event, students and mentors were still trying to improve their robot and strategy. At the second event, the team defied the odds by displacing the first place alliance. The team made it to the regionals where they competed alongside 60 other teams.

Students are our future. If we don’t facilitate their learning, who will? FIRST is an outstanding program that poses unique challenges for the students. I’m proud of the teachers and students that make up the Camobots because they put forth their best effort and always embrace new ideas. I’ve never failed to be amazed at the ideas and creations of these students and other students of the FIRST Robotics Competition.

Stop into your local FIRST Robotics Competition and talk to the students, cheer on the robots, and observe the atmosphere around you. The world of tomorrow looks bright when you see the amazing young men and women who make up the teams in FIRST. Come see the future, with The Camobots!