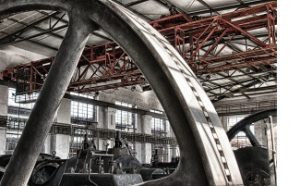 Manufacturers big and small play an important role in the U.S. economy; according to the United States Census Bureau, manufacturers are the nation’s fourth-largest employer and ship trillions of dollars in goods every year. Whether it’s a large auto plant churning out cars or an establishment with fewer than 50 employees, manufacturers are critical to the country’s global success. Yet many people have misconceptions about the manufacturing industry — that jobs are undesirable and low-paying, or that the United States is rapidly losing ground to China.

In reality, the United States’ manufacturers are still going strong and offer a wide range of well-paying jobs. Here are 20 manufacturing statistics and facts you should know.

2. The U.S. is the second largest manufacturer in the world and is responsible for 17% of world manufacturing activity.

3. If the U.S. manufacturing sector were its own economy, it would be the seventh largest in the world, with $2.2 trillion of value added in 2015.

In addition to its global impact, the manufacturing industry offers many opportunities domestically, including economic growth in a variety of areas.

6. The largest number of establishments in manufacturing are located in the private industry.

7. The manufacturing sector is bigger than you might think. According to the Bureau of Labor Statistics, the manufacturing sector “comprises establishments engaged in the mechanical, physical, or chemical transformation of materials, substances, or components into new products,” which can include “bakeries, candy stores, and custom tailors.”

Although manufacturing jobs took a hit in the recession, the industry is starting to recover and is now providing millions of desirable jobs to U.S. workers:

10. According to an infographic by the National Association of Manufacturers, manufacturing supports more than 18.5 million U.S. jobs. This includes not only hands-on jobs like welders, assemblers, and fabricators but also positions in design, human resources, and sales/marketing.

11. The top three manufacturing jobs are production workers (including semiconductor processors), assemblers and fabricators, and managers.

13. During the first half of 2016, manufacturers provided 65% more in benefits per hour of employee work than employers in the service industry.

14. According to the U.S. Department of Labor’s job tenure data (collected every two years), the median employed manufacturing worker had 5.3 years of tenure with their employer in January 2016 compared with only 3.7 years for the overall private sector.

15. 71% of workers in the manufacturing industry are men; however, the conversation around recruiting more women is growing.

The manufacturing industry continues to make strides and improve the way it does business, including the implementation of more environmentally-friendly practices and dedication to growth:

18. The global aerospace and defense industry is likely to experience stronger growth in 2017. Following multiple years of positive but a subdued rate of growth, the report forecasts the sector revenues will likely grow by about 2.0 percent in 2017.

3D printing is just one subset of the manufacturing industry.

See more facts about manufacturing and find the best 3D Printing solution for you.

Office 3D Printing, Do You Have a Strategy?